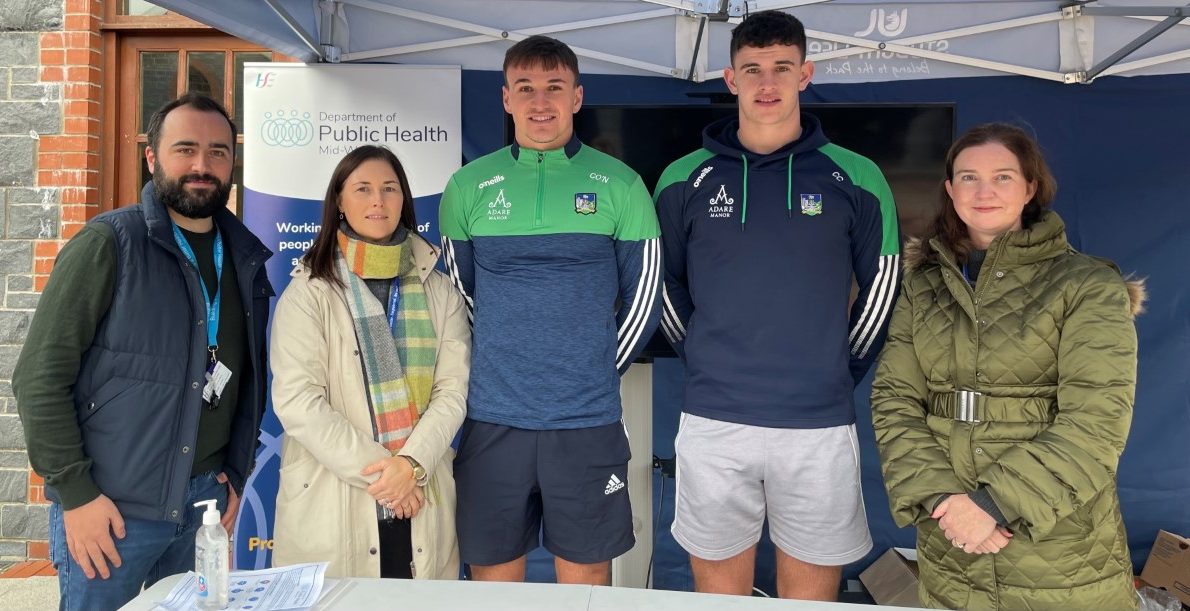 The Department of Public Health Mid-West, ACT for Meningitis, Limerick GAA and UL Student Life collaborated to host a pop-up in UL on November 9 to raise awareness about meningitis for Welfare Wednesday.

The pop-up was hosted as part of a joint initiative which involves a multi-disciplinary, multi-media awareness campaign which aims to promote and raise awareness in the young and local population about meningitis.

Meningococcal, more commonly known as bacterial meningitis, is a life-threatening illness caused by infection and inflammation of the protective layers of the brain and spinal cord.

Dr Kenneth Beatty, a member of the Public Health Mid-West team explained that while the disease is most common in children under the age of five, the next most vulnerable group to meningitis is teenagers and young adults aged between fifteen and nineteen years old respectively.

Dr Beatty said, “The main thing we are trying to raise awareness on is the symptoms of the disease, which is mainly symptoms that can be seen in other illnesses such as flus or colds so it’s mainly around fever.”

While viral meningitis is more common, it is rarely fatal unlike bacterial meningitis which is less common but can be accompanied by septicaemia (blood poisoning) which can result in death. Meningitis is most likely to occur from September to April, but it can happen at any time. When looking at the most recent figures on cases of meningitis, Dr Beatty said that case numbers decreased from seventy to ninety annual cases before the pandemic, to just seventeen cases recorded in 2022.

Dr Beatty went on to outline other symptoms which he said are “very bad headaches, muscle pains but then it can progress to other symptoms like neck stiffness, drowsiness, rash and dislike of bright lights”

He continued, “not all these symptoms present at the same time and the rash would be a classical symptom, but it is usually quite a late symptom so do not wait around for that.”

ULSL Student Welfare Officer Maeve Gilmore said, “The deadly thing about this illness is that the signs can often be mistaken for something harmless such as a bad hangover.”

She hopes that creating awareness around the seriousness of meningitis will help empower students with the information they need to “act fast” should they have any concerns about themselves, their housemates, or friends.

This message comes just over a month after the untimely passing of Jean O’Loughlin, a first-year Architecture student in UL who sadly died after contracting meningitis in September. Jean was also a talented camogie player who left her mark on St Anne’s Camogie and Ladies Gaelic Football Club and Waterford Club.

CEO of ACT for Meningitis, Siobhan Carroll warned that someone with meningitis or septicaemia can get a lot worse very quickly and so they need to be constantly monitored.

She said, “Further specific symptoms of meningitis include fever with cold hands and feet, stiff neck, dislike to bright lights, drowsiness, confusion and a rash which doesn’t fade under pressure,” and stressed the importance of trusting one’s instincts and seeking medical attention if someone suspects they themselves or someone they know is showing signs of meningitis.

Dr Beatty advises anyone who has any symptoms or if they are concerned about it to seek medical attention either through their GP or if it’s an emergency to call 999 or 112.