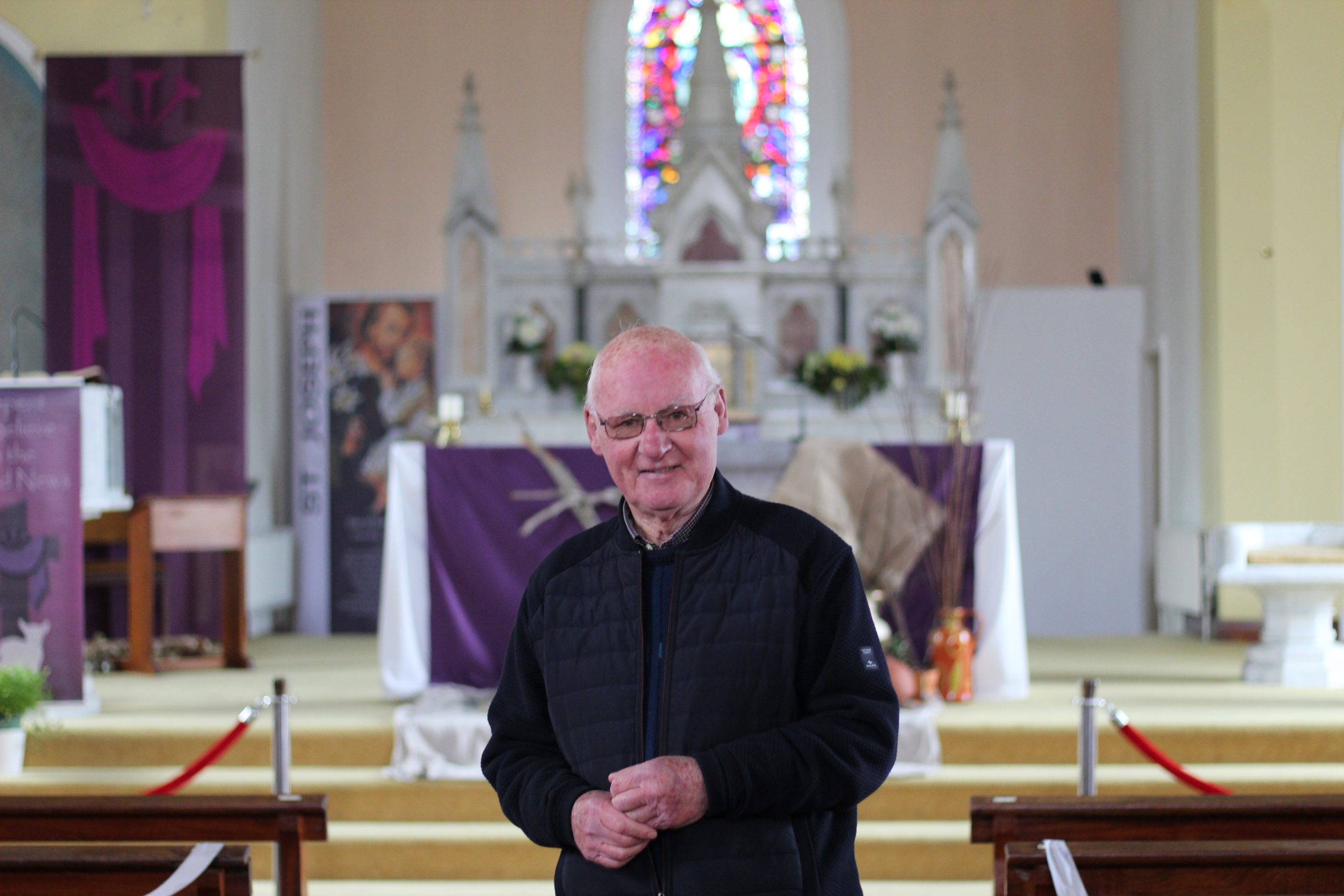 Glin, a small town in West Limerick, is to go without a priest for the first time in living memory, as Father Tom Crawford retires.

Seated on the banks of the Shannon, the parish of Glin waved goodbye to Fr. Tom Crawford, their priest of 16 years as he entered retirement, leaving the parish without an active priest for the first time in living memory.

The village located in West Limerick joins the growing list of Irish parishes without a priest and as attendances for mass continues to drop across the country, bigger questions are being asked about what the future holds for the Catholic Church and whether it will include female priests.

“I have no theological reason to say why not because I saw women out in Africa doing marvellous work that priests couldn’t do”, says Fr. Crawford.

“Bear in mind too, priesthood is not as popular as it used to be so why would women want to be what we’re not prepared to be ourselves? It will probably be a new creation in the future that men and women will share.”

The loss of Fr. Crawford and a parish priest is something that will be felt strongly by those who attend mass regularly in Glin.

Originally from Ballylanders in the county of Limerick, Fr Crawford, arrived in Glin in 2005 and was immediately welcomed into the community.

Councillor John Sheahan of Glin said: “For the past 16 years, we’ve had the privilege of having Fr. Crawford in our parish and he took out his pastoral duty with great care and consideration for the people of Glin. He has been a worthy disciple of God amongst the people of Glin.”

Having been ordained in 1969, Fr. Crawford admits his reasoning for joining the priesthood was not something he discovered until much later in life.

“Really it took me a long time to figure out why I wanted to be a priest. I was ordained a priest, but it took me a while to realise how I reached that journey, and it was basically about spending my life doing something for people”, says Fr. Crawford.

The priest’s move to Glin came shortly after returning home from one of many trips to Africa; on this occasion, having climbed Mount Kilimanjaro.

“There’s no ambulance service, there’s no helicopter, if you get sick up there, you will die up there. It was an achievement, it was a pleasant experience at the beginning but then it got tougher and at the end, you wanted to come down again”, says Fr. Crawford.

One of the self-professed highlights of Fr. Crawford’s life has been his involvement in missionary work in Nigeria, where he completed two four-year missions with St. Patricks Missionary Society and the South African Missionary Society.

As a junior curate, Fr. Crawford spent a lot of time helping with youthwork and the management and setting up of various youth clubs. It was this active role in providing services to people that lead him to Nigeria.

“It was a hierarchical church that kind of kept you in your box, you were controlled. I wanted to liberate myself from that kind of church that was claustrophobic in a sense”, says Fr. Crawford.

The COVID-19 pandemic has put a halt to any retirement plans, Fr. Crawford may have had, including plans to return to South Africa to visit friends.

As for his initial choice to enter the priesthood, Fr. Crawford has no regrets.

“I’m very happy I chose a lifestyle that enabled me to have wide experience. That’s what I’m most grateful for”, Fr Crawford reflected.