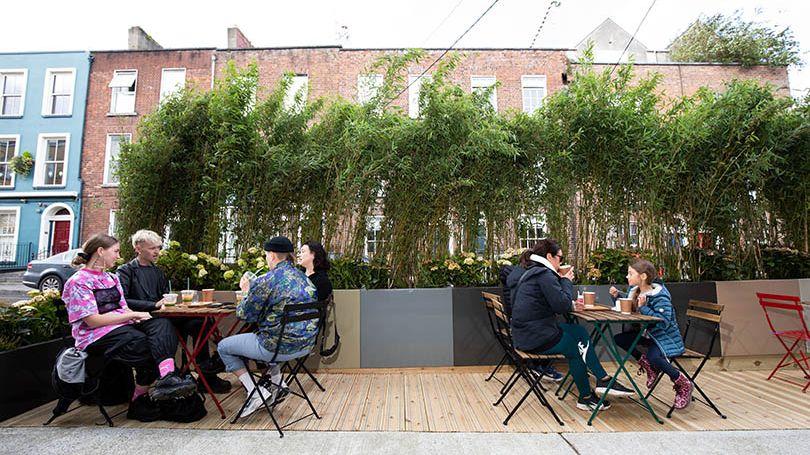 There have been calls for the pedestrianisation of several streets in Limerick city since the arrival of Covid-19.

The Cork works will begin next week, and follow on from the temporary pedestrianisation of the streets last summer.

Proposed plans for the temporary pedestrianisation of parts of Limerick last June, were amended due to “serious concerns” raised by traders, according to Limerick Council.

Madeleine Lyes, Chair of the Limerick Pedestrian Network said: “The news from Cork highlights all over again how little the people of Limerick have been catered for during the Covid crisis. We spent much of last summer advocating through the #WeNeedSpace campaign, asking for accommodations for pedestrians and cyclists to be able to move around the city & county safely.”

“Our Council was unable to act decisively or imaginatively, with a small number of projects that arrived later, cost far more, and were often far less successful than other Irish cities.”

She added: “This year, we’re asking again that the Council look at key sites which are vastly over-subscribed – parks, playgrounds, the quays – and find ways to deliver improvements, extensions, and  alternatives.”

Anne Cronin, vice-Chair of the Limerick Cycling Campaign says there is a lack of ambition in Limerick city:

“The overwhelming response in Limerick today is, if Cork can do it, why can’t we? I think Cork are really leading the way in the region. They trialled a lot of pedestrianisation in the past year, which was the year to do it.”

“Limerick is really lacking in that regard. Last year we had a couple of attempts at pedestrianisation that didn’t go to plan. What did work well was the area down at Bishop’s Quay which was pedestrianised for a while. That area could really do with it again because any hint of fine weather, people are out walking on the quays and the strand. It attracts a lot of people and there simply isn’t enough space.”

“In terms of Limerick versus Cork, there really is no comparing them. There is an ambition in Cork that we just don’t have in Limerick at the moment.”

“Limerick City Council received stimulus funding recently to put cycling and pedestrian infrastructure in place and there was nothing new created with that money. ”

“Social wellbeing is becoming such a huge thing and we are all desperate for it and there’s only so much green space and even at the weekend Mungret Park and Shelbourne Park were shut and that’s not the correct response either, it echoes the lack of ambition in the city.”