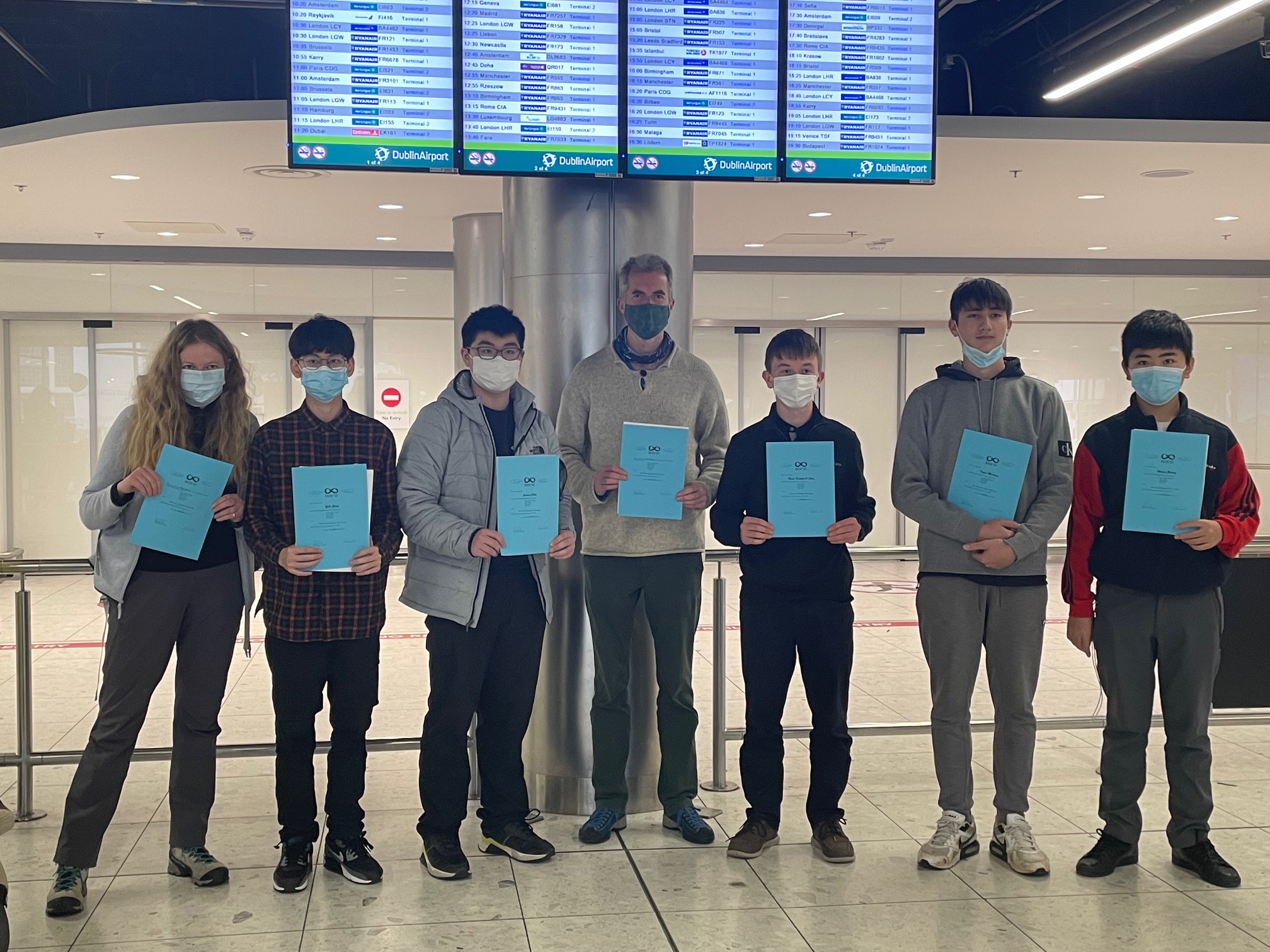 A 17-year old student from Castletroy College is making waves in the world of Mathematics. James Chen from Annacotty recently represented Ireland at an International Mathematics competition in Reykjavík.

And the fifth year student is already looking forward to competing at next year’s International Olympiad.

The recent competition in Iceland challenged students to answer 20 maths problems in four and a half hours, which the teenager admits was a challenging experience.

“The math competition in Iceland was quite challenging. It was a team competition, so we had to work together to answer as many of the 20 given questions as possible in four and a half hours.

“We all tried our best with it and, although we didn’t win the competition, it was an important experience for all of us because it would train us for next year’s International Math Olympiad,” he told Limerick Voice.

The ‘beauty’ of maths

The big-hearted teenager spends a lot of his time helping fellow students at Castletroy College to learn more about mathematics, which he says was “sparked” by the beauty which he has found in maths as a subject.

“I suppose that spark in helping others came from the reason I like maths. I think it is a really diverse subject, yet despite the variety, they are all very connected to each other, even if they seem completely unrelated.

“I find the hidden connections in the subject beautiful, and they are even more fascinating when you discover them.

“They can really help in understanding the subject as a whole better, and that’s what I really enjoy about it. It’s like an exploration game that encourages you to keep going the further you progress.”

Aside from competing in a tough Mathematics competition, James made sure to take in the wonderful scenery that Iceland has to offer.

“Iceland was a very interesting place and I did enjoy our stay there. We got an idea of the landscape of Iceland in FlyOver Iceland and took a tour around Reykjavík, but my favourite part of the trip has to be the Golden Circle Tour.

The geysers and the mountain that was located just beside them stood out the most for me.”

You can find more on that tour here.

Use of the Khan Academy

Along with maths, James has a huge interest in gaming and coding.

“I do a bit of coding in my spare time as well. I’m not very advanced at it, so at the moment I just code for pleasure. I also play video games sometimes.

I enjoy playing Tetris and Puyo Puyo (which are both puzzle games), but I also like Mario games”, he said.

When asked about possible resources for those that wish to up-their-game in mathematics, the 17 year old said he has been helped along by a website called Khan Academy.

“One source I still use to achieve that goal is Khan Academy. I have been using that website for quite a long time and it has really helped me understand some topics better.”

Given his young age, he has not decided on a future career yet but he doesn’t rule out becoming a maths teacher.

“I am not completely sure exactly what I want to do in the future, but I suppose I could try becoming a mathematician or getting a career somewhere in the technology sector. I am unsure of the exact details.”