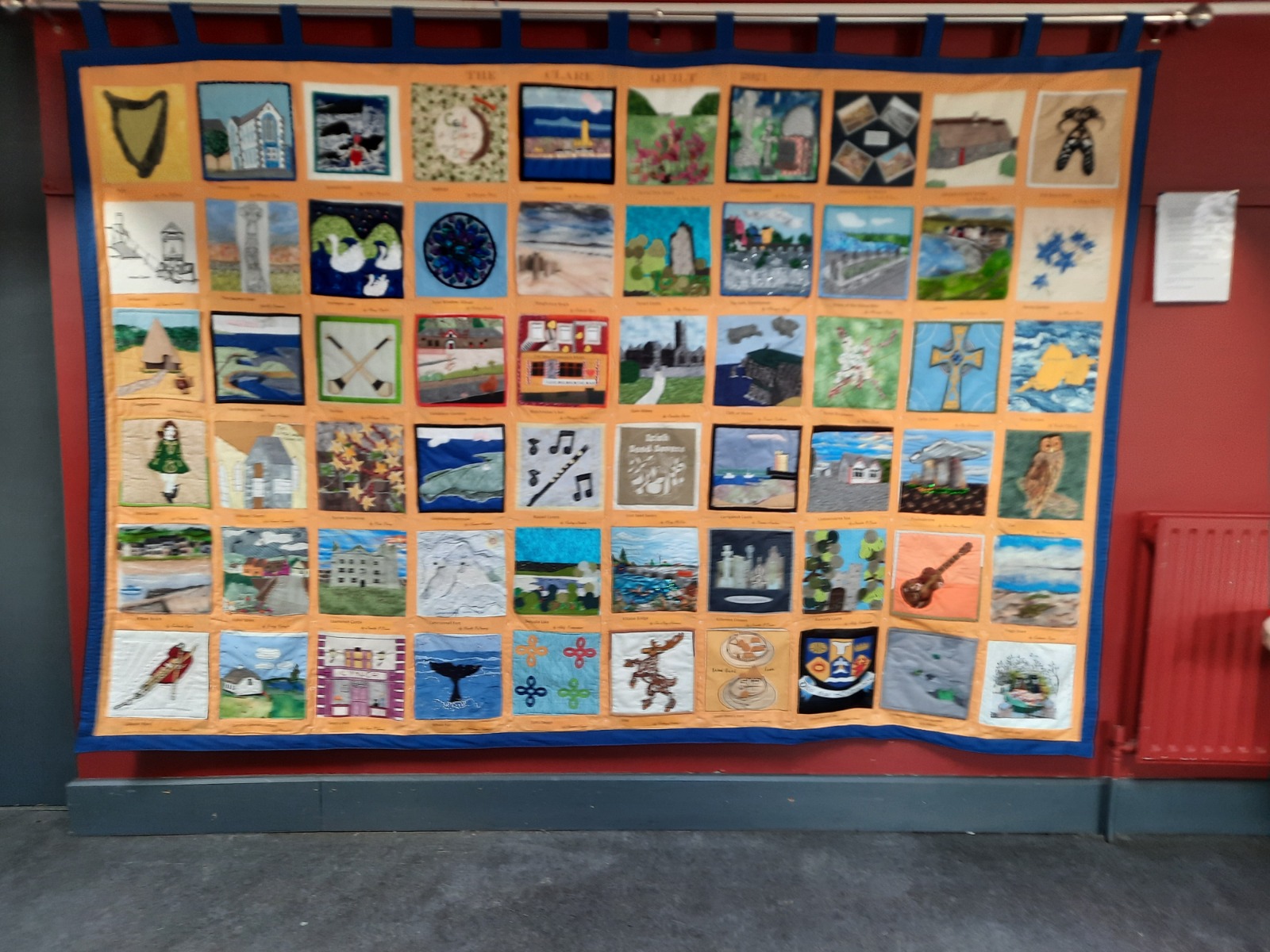 The Clare Quilt continues its pilgrimage around the Banner county over the coming weeks, with stops at Kilmurry and the Courthouse Gallery in Ennistymon.

The quilt was created by 26 women, a group project put together by Ennis local Valery Larkin.

“I put an item in the Clare Echo asking for volunteers who could sew to take part in a project. The only stipulation was that they lived in Co. Clare”, Ms. Larkin told the Limerick Voice.

The quilt consists of 60 twelve inch squares, each an homage to a piece of Clare county history and each created using the techniques of felting, appliqué or quilting.

“While I was looking for 60 squares I only had 27 stitchers (including myself), so some of us created more squares than others”, Ms Larkin said.

“Because of Covid, our initial meetings were in outdoor car parks”, she explained.

“When it came to putting the quilt together we were given the use of the Lisdoonvarna Theatre, St. Patrick’s Hall, Corofin and Treacy’s West County Hotel”.

In 2018, Ms Larkin earned a place in the Guinness World Records for the largest knitted blanket, which measured 21,000 square feet and was displayed in the Showgrounds in Ennis.

“I don’t have any plans for another project at the moment”, she said.

The Clare Quilt was previously displayed in the departures section of Shannon Airport and Glór arts centre in Ennis have also expressed an interest in exhibiting the quilt.

The eventual fate of the quilt will be decided by lottery.

The lottery will be held on either March 31, or when all 200 tickets are sold.

Funds raised by the quilt’s lottery will go to Doolin Sea Rescue, West Clare Cancer Support and Sláinte An Chláir.