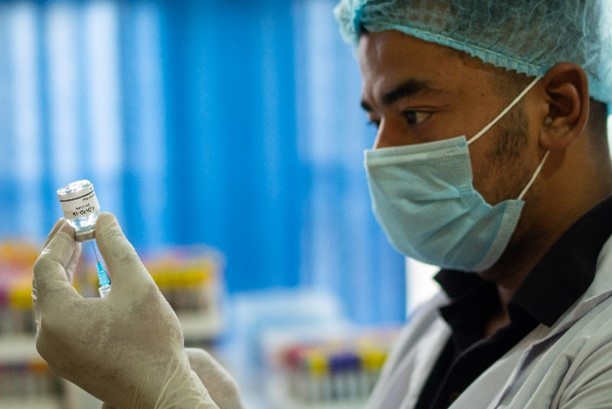 Compared to other countries, Ireland has had massive success with the previous vaccine rollout with 89 percent of all aged 12 and older being fully vaccinated.

Now, the Irish government hopes to replicate that success with a vaccine booster shot for select high-risk individuals.

The booster shot will be composed of a single dose of a mRNA vaccine. The program for administering a tertiary dose began September 27, and the Health Service Executive estimates it will take five to six weeks for completion.

Third doses will be administered at least six months after the individual has finished their full vaccination program, regardless of which vaccine the person originally received for their primary course.

Who is eligible for a third shot?

At this current time, the third does is not recommended for all members of the public. Instead, vaccination efforts will be focused on elders and high-risk individuals.
• Citizens older than 80 years old
• Residents in a long-term care facility over 65 years old
• Adults and minors over 12 years old who are immunocompromised or have serious medical conditions
The Health Service Executive is still analyzing the necessity for other groups to receive booster shots, especially those who work in healthcare and other older individuals.

How to receive a booster

At this time, eligible members do not need to make their own appointments. Instead, clinical teams with the Health Service Executive will reach out and assist with registrations.

Vaccines will be distributed via vaccination centres, hospitals and general practitioners.

For those who do not get contacted, they are likely not considered to be in the highest risk category.

The benefit of a third dose

While the full vaccine regimen has been shown to be protect a vast majority of users, there has been some instances where two shots were not enough to prevent people from getting ill.

The National Immunization Advisory Committee has evaluated this data and used their findings to influence who was selected as part of the booster rollout.

In a letter from the Chief Medical Officer to the Minister for Health, Tony Holohan wrote:

“There is now an accumulation of evidence that those who are immunocompromised mount a suboptimal response to Covid-19 vaccines, and data from the US indicates that 40-44% of breakthrough infections leading to hospitalization are in the immunocompromised.”

Holohan also noted how the US had already permitted the use of the third shot and that many other European countries are on the same path to authorization.