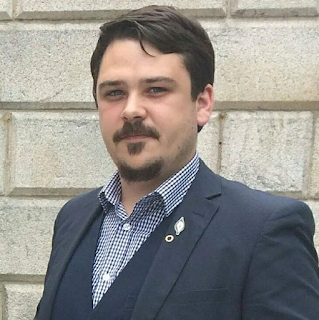 Sinn Féin has told party members that the Limerick county constituency will be contested by women only in the next general election.

Thus, Séighin Ó Ceallaigh will be ineligible to contest a seat as a Sinn Féin candidate.

Mr. O’Ceallaigh missed out on the third seat in February 2020 by just over a thousand votes, to Independent candidate Richard O’Donoghue.

In a statement released this evening Mr. O’Ceallaigh said: “I am disappointed and frustrated by this decision, I understand that it was made in the context of the state-wide gender quota, which applies to all political parties.”

“Understandably my fellow members of Sinn Féin are also disappointed by this decision, particularly the lack of consultation with the local grassroots members, who gave so much of their time to build Sinn Féin to what it is today in County Limerick.”

It was assumed Mr. O’Ceallaigh would be the natural choice for the next election.

She said: “What I would like to see from parties like Sinn Féin and another parties is actually doing what they can to retain the very good woman that they already have in the party rather than imposing gender quotas.”

O’Ceallaigh added: “It brings me great pride to see that that the party, represented by myself, came so close to winning an historic Dáil seat in 2020.”

“While I will not be eligible to represent Sinn Féin in the next election, whenever it occurs, I still hope to see the party progress. Whoever the candidate may be, will still have my number one vote.

He has said he will not run as an Independent candidate in the next election.

“I am a Sinn Féiner, not a Mé Féiner. I am still committed to achieving Irish Unity, and building a new Ireland post-reunification, based on the principles of equality and fairness.”