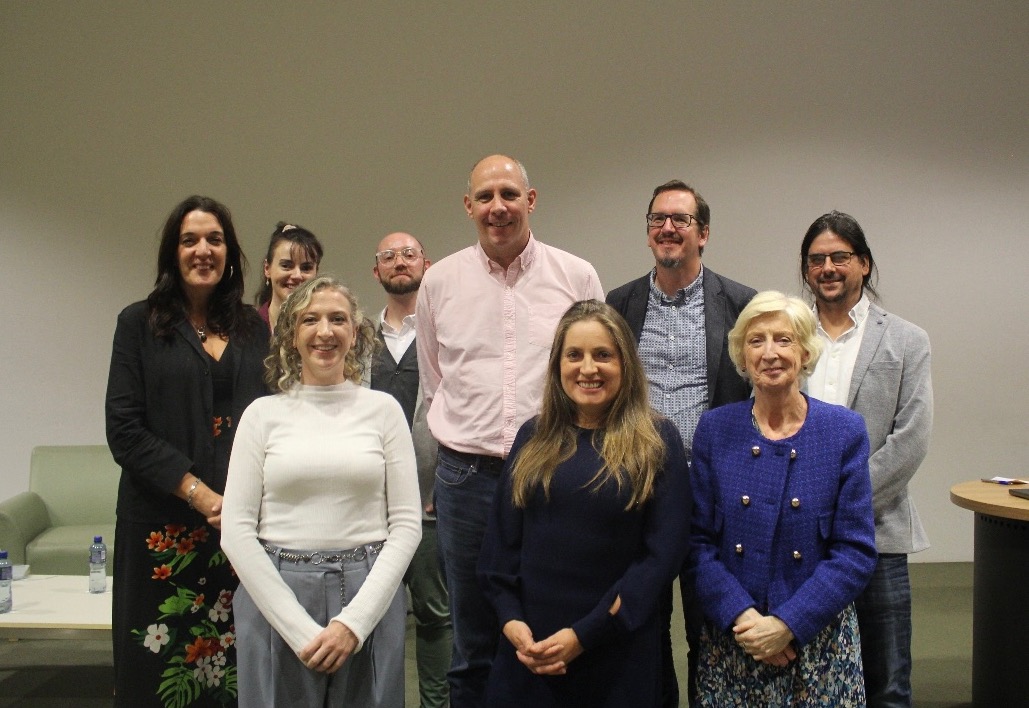 There was a huge turnout on Thursday night for New York Times investigative journalist Malachy Browne’s seminar in Kemmy Business School at University of Limerick.

Funded by UL50, which will bring a year of events to mark the university’s 50th anniversary, the talk was arranged by the founder of UL’s journalism department, Mary Dundon, flying the Pulitzer Prize-winner over from New York.

Browne, who is originally from Broadford, County Limerick, is a multi-award winning journalist who specialises in international investigative reporting through eyewitness media and community engagement.

He was a founding member of the New York Times world-renowned Visual Investigations team, after joining the esteemed publication in 2016. He shares a 2019 Pulitzer Prize for International Reporting with his team and has won four Emmys and a George Polk Award.  Browne is also an alumni of University of Limerick, where he studied for a Masters in International Relations in 2006.

A huge amount of interest has been sparked around Malachy’s incredible work and many achievements over the last number of years, which was reflected in the turnout on the night of the seminar.

Browne began with a presentation outlining the ways his team gather evidence, even when it is not possible for them to leave their desks in New York. This research, known as ‘Visual Investigation’, uses methods such as thermal imaging, satellite data, video analysis and 3D reconstruction. The journalist talked through various cases, including the shooting of Ahmaud Arbery’s in Georgia, USA to show how his team piece together every minute detail of an incident using these different methods.

“Detail is everything when it comes to solving these cases. We use everything that is readily available to us to try and piece together what has happened. For example, during the Ahmaud Arbery case, we used two eyewitness videos pieced together, along with Google Earth and the wave frequencies of 911 calls.”

Browne’s line of work is far from easy, as many of the countries these crimes are committed in are extremely closed off. Other cases described in detail were the 2020 killing of Breonna Taylor by police forces, bombing of Syrian hospitals by the Russian military and war crimes committed in Ukraine.

This astounding presentation was followed by a panel discussion and audience Q&A with Mary Dundon, Emma O’Kelly of RTÉ News and Dr Niamh Kirk of Journalism at UL.

As the seminar was mainly attended by students, Mary Dundon questioned whether there was a possibility that current journalism students could end up in a role similar to Browne.

“Our line of work is rooted in the fundamental elements of journalism, but it starts with a healthy curiosity about what has happened; how, where and when. You have to be willing to gather evidence that may not present itself straight away,” he answered.

Invaluable to everyone that attended, the discussion gave an insightful look at how the world of investigative journalism works, and how onlookers should decipher their news in a world with ever-growing online and social media powers.

Find out more about other upcoming UL50 events.