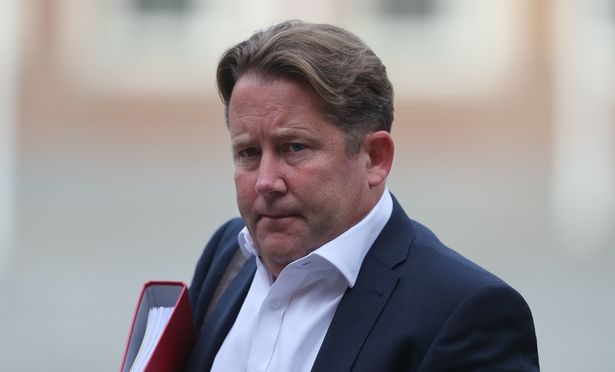 The temporary ban on evictions has been described as a ‘one off’ and will be in place from November until March next year.

The government has signed off on a temporary eviction ban from next month until March 2023.

The measure announced today October 18, means that landlords cannot issue eviction notices to their tenants until the end of March next year.

Housing Minister Darragh O’Brien said the ban has been brought in due to the “severe pressures” on emergency accommodation.

However there will be exceptions for non-payment of rent, property damage and anti-social behaviour.

It is planned that the ban will be implemented from November 1. However Minister O’Brien said that eviction notices issued before this date will not take effect until the moratorium ends.

Any eviction notices served before or during the moratorium will then be implemented in a staggered manner to avoid a ‘glut’ of evictions, according to senior government sources.

Speaking on his way into Cabinet this morning, Taoiseach Micheál Martin said it was a matter of getting the balance right and keeping a roof over those at risk of homelessness.

“We are coming into winter and that’s the context. There had to be lot of issues ironed out, not least legal underpinning of this. That had to be worked out,” Mr Martin said.

Groups working with the homeless have welcomed the move. “The current situation is extremely challenging and we absolutely need the time & space afforded by this measure to put in place solutions to the housing needs of vulnerable people,” The Peter McVerry Trust said in a statement.

However the Irish Property Owners Association (IPOA) have strongly opposed the ban, and have indicted they may take a legal challenge against the government over it.

Speaking on Virgin Media earlier today, the IPOA called the move ‘populist’, ‘kneejerk’ and an example of the Government ‘panicking’.

“In reality, I don’t think it (the ban) is going to make any difference,” Chairperson Mary Conway said.

According to the Taoiseach the legislation enabling the eviction ban will be published soon and will provide greater security of tenure for tenants.

He cited similar measures introduced during the Covid-19 pandemic, saying there is a similar context today given the “very serious” energy crisis.