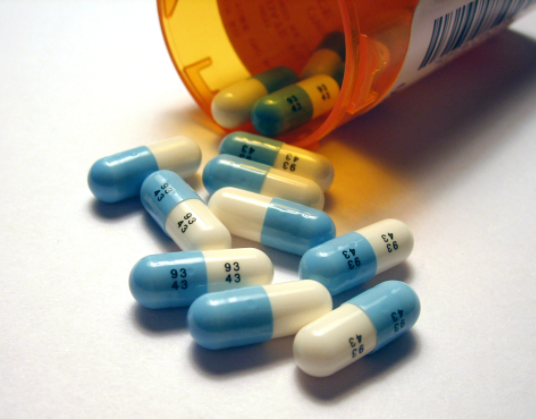 It’s no secret that the effects of the COVID-19 pandemic have spread much further than the physical symptoms that occur once infected.

For individuals worldwide, everyday life seems to have forever changed. Though the use of social media applications and various systems for online interaction has grown and improved exponentially to help maintain connections, many people report that they have never felt more alone.

Not only are individuals coping with the feeling of isolation, the COVID-19 pandemic has also surfaced many other negative consequences that can affect mental health. These include, but are not limited to: fear of safety, fear of job security, increased physical weight, reduced physical activity, sleep disturbances and increase in alcohol consumption or substance use.

Although each country is working hard to reduce the spread of the virus, they may have neglected considering individuals whose mental health may be under severe strain due to the current global events. Nature’s Alison Abbott completed research on COVID-19’s mental health toll. In her research, she included percentages of adults reporting symptoms of depression in both the UK and the US.

As can be seen in Image 1, there has been a clear recorded increase in adults reporting symptoms of depression. During a study conducted in July 2020 in Ireland by Phillip Hyland at the University of Maynooth, it was found that more than one-in-four people appeared to have generalised depression during the strictest COVID-19 restrictions in the country.

As can be seen in Image 2, feelings of depression in Ireland show a similar increase to the UK and US. These results inspired the following investigative research to be conducted in Limerick, Ireland, and to uncover whether the same has occurred by analysing the quantity of antidepressants dispensed.

To assess if there has been an increase in the use of antidepressants, a pharmacy in Limerick City was chosen. Data was gathered on the top two most commonly prescribed antidepressants in Ireland, Escitalopram and Sertraline, alongside four other regularly dispensed antidepressants: Duloxetine, Fluoxetine, Venlafaxine and Mirtazapine.

Alongside the analysis of dispensed medications, general practitioners were contacted to express their views pertaining to this increase in use of antidepressants.

Dr. Gary Curran, of Malvern Medical Centre found that those suffering with depression struggled most during the third lockdown.

According to Dr. Curran, the number of those suffering from anxiety and depression has gone up threefold. These feelings were heightened when mainstream media reported those not adhering to the restrictions.

“Not everyone is following the guidelines and it’s a shame. It’s unfair that many of us adhere to the guidelines and other people seem to not care. Actions have consequences and more people need to understand this,” explained a pre-COVID-19 antidepressant user.

Martin Rogan, CEO of Mental Health Ireland (MHI) explained that the organisation would be much more concerned if COVID-19 didn’t affect the population.

“COVID-19 is new. It’s unsettling and a bit scary for everybody. So, if that didn’t have an effect on your mental health, or your level of anxiety, we’d be much more concerned,” said Rogan.

According to Rogan, the MHI website has received a large influx of online traffic since the pandemic began – double that of last year. Due to this significant increase in those availing of the online services, MHI worked hard to revamp the website and create content that is easily accessible and digestible by those suffering from any negative impacts on their mental health.

“We had to develop new resources, which were shorter, because when people are anxious, it becomes much more difficult to process complex information,” explained Rogan.

Due to the rise in volume of phone calls received by MHI, retraining was necessary. The length and depth of the phone calls noticeably escalated, and the usual recommendations that staff were trained to suggest could no longer be availed of due to the lockdown restrictions.

“For those calling, this is very unfamiliar territory for them. They’ve never needed to reach out to anybody. So, they felt ill equipped. They didn’t know who to call or what to do.

“And we found particularly for people who are extroverts, they found it very difficult because they engage with other people and they need that feedback and affirmation that comes with social contact. And for a lot of people that suddenly came to such an abrupt stop,” said Rogan.

Prior to COVID-19, MHI staff would recommend that those who reached out should spend time with family and friends. Rogan explained that many people, who are experiencing these negative feelings for the first time, are experiencing them because of the effects of the loss of this luxury, loss of services and activities, and prolonged lockdown restrictions.

A Limerick local was diagnosed with depression during the first lockdown and initiated on antidepressants. Having spent two years on a university campus and living with friends, she now faced many challenges, such as strong feelings of loneliness and isolation.

“I literally felt like I had been sucked into a bubble, everyone else was outside of it and there was no way for me to get out,” expressed the student.

There is a clear increase in the use of antidepressants in Limerick since the COVID-19 pandemic began. This increase correlates with a national increase in use and access of mental health services, such as Mental Health Ireland.

From the conducted investigation, it can be deduced that the impact of the prolonged restrictions, to reduce the spread of the virus, have had an impact on the mental health of a significant number of the Irish population.