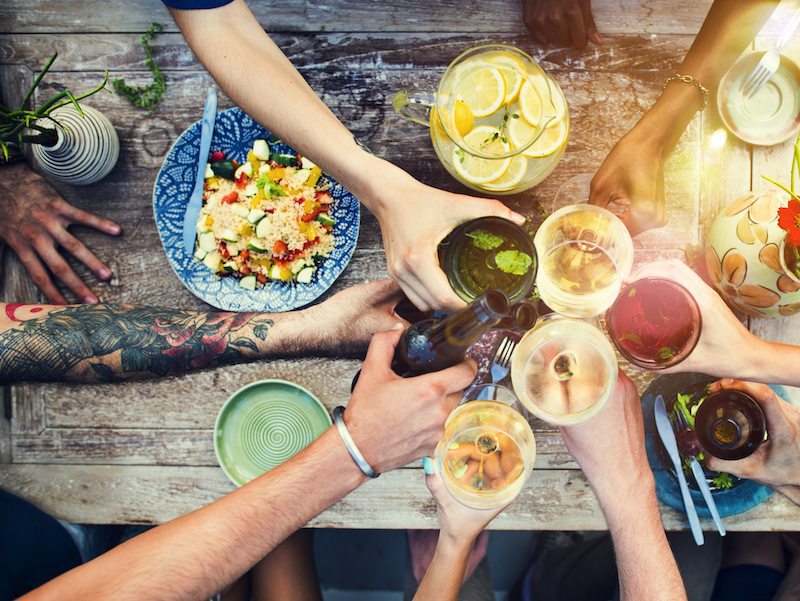 The rise of street side tables cropping up for outdoor dining is having a positive effect on revitaling Limerick’s downtown area.

This vibrant bustle, born out of restaurant industry’s pandemic induced need to survive, injects new life back into the city Centre.

The Government provided support funds of up to €4,000 for outdoor service tables, chairs, windbreakers and heaters. From plush velvet seats to communal tables with ornate grasses, Limerick’s downtown streetscape is changing rapidly.

Despite holding vaccination certificates many customers are choosing outside dining over inside. Eve Wankel a sixth-year school goer said: “it’s easier, more relaxing and everyone loves to people watch.”

Minister Catherine Martin’s statement at the launch of the night-time economy task force received mixed reviews. The Minister asked us to imagine cities where citizens could “drink, eat and be merry until 6am”.

How will this affect Limerick?

Limerick City’s Georgian broad street plan enables it to facilitate creative outdoor spaces, similar to those that have allowed other European Cities to flourish.

This organic new cultural norm is not without critics.

Social exclusion activist, Ann Flanagan said: “I’m all for Cities for people however without adequate planning and consideration for all citizens, it’s not the chamber of commerce, it’s the County Council who are at fault.”

“People with disabilities, mobility issues and the elderly were not a central component with outdoor dining planning”

Sitting outside a Lebanese restaurant on Robert St, Hadley Fitzpatrick who hails from NYC originally said: “The food here is off the hook, I haven’t had Lebanese food this good since Little Syria in New York.”

“Limerick is awesome, it’s an unassuming city, buildings don’t make a city people do, oh, and the tabbouleh” Hadley added.

The eclectic cluster of restaurants, bars and coffee hatches at the Locke, George’s quay is mushrooming into one of the liveliest spots in the city.

Kaleigh Sherlock and friends from Askeaton, Co. Limerick said she is: “less anxious outside, people aren’t staring over at us.” “The post shopping burgers here are hunreal” according to Ms. Sherlock.

“We wouldn’t have gone into a place like this before, it looked very dark inside.” “We love it now; the staff are all dotes here” Mrs. Moore added.

The waitress dropped down two plates at the Moore’s table. “Two hot coq’s” the Waitress announced to the chuckling couple.

• Table etiquette is becoming a thing of the past
• Lunch and dinner times are changing, peak times are more spaced out.
• Demographics, old and young are switching from their customary food tastes.
• Antisocial behaviour is down.
• Customers are tipping less.

Limerick City’s economic challenges are complex. A combination of Covid-19, the closure of Debenhams with the loss of 110 jobs to dereliction has triggered economic stagnation in the city centre. This unplanned surge in outdoor dining maybe a blueprint for a new city centre.

There is no such thing as bad weather just bad clothing

Sitting in the lashing rain drinking a coffee, Oskar Keane a UL student from Germany said: “There is no such thing as bad weather, just bad clothing.”

“In Germany and Belguim we have snow and still eat outside.”

According to Mr Touhy from Savins Music Centre on O’Connell Street, this unplanned new social norm is having a positive effect on footfall.

“The place feels bustling again with the chatter of people at tables.”