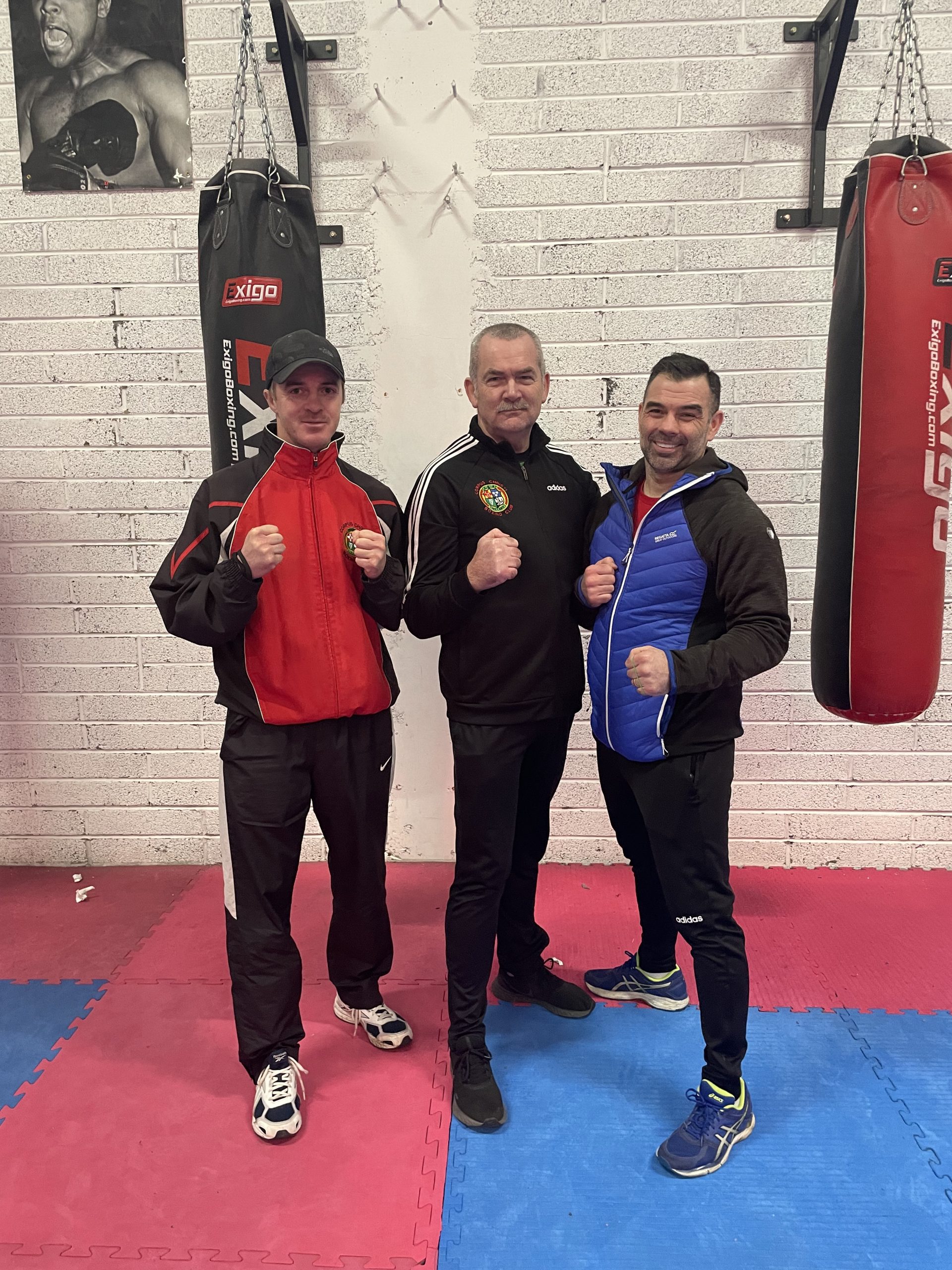 If you are familiar with the Limerick boxing scene, you’ve heard of Declan and Jeff Fitzgerald. The dynamic duo have been training youngsters across the city and beyond the Treaty’s walls for nearly 30 years.

The brothers have kept the sport alive within Moyross tooth and nail, sacrificing their own time and money to keep the doors open of their beloved boxing club Corpus Christi BC.

It was Declan who first got involved in the locality, when Limerick legend PJ Bennis asked him to lend a helping hand with a kickboxing club in the inner city.

“We were in the army together at the time in the gym team. He was running a kickboxing club in town for some local kids and he asked me to give a hand.”

Because of my background in boxing I was teaching hand skills.”

Around the same time Jeff, Declan’s younger brother, and his friend Johnny Kiely joined the club. This sparked their life-long love for the sport. Within no time they were looking for Declan to organise them a competitive fight.

“I said we can’t unless we affiliate and register as a club. So we did with two boxers, Jeff Fitzgerald and Johnny Kiely, and we became the Limerick City Boxing Club,” said Declan.

Not soon afterwards, but a local guard named Dave Mulcahy came to see them. He asked would they be interested in opening a club in Moyross to “keep the kids off the streets”.

“I said we’ll give it a go and see what happens.”

Over two decades later and the brothers are still at helm of Corpus Christi BC. What’s the biggest reward they get from their involvement in the club? Helping the kids, teaching them valuable life lessons and giving these youngsters a sense of pride and purpose.

Declan added: “Like I have pro boxers, the whole lot, but it’s always the kids. There’s always that one and I say I’ll give it another year just to see them blossom.”

Despite a lack of funding and the tumultuous past two years with COVID-19, the club has survived against all odds.

“Boys and girls – it’s fantastic to see them getting involved. We thought now that after COVID that it’s backwards we were after going. I thought how are we going to get more kids in? Now we’re full.”

Although Declan says they are “still holding on with both hands”, he has great hope for the future of the club and for the sport within Limerick.

Training the boxers both physically and mentally is the priority within the club. Starting from the age of eight, a young boxer moves through many stages to become fighting fit.

“At the start they train to train, they train to compete and then they train to win. It’s a stepping stone. First of all you have to enjoy what you are doing, because if you don’t enjoy this sport you are in the wrong game. Because it is a very lonely place when you get into the ring.”

The dedication to this craft is serious even from a young age.

Declan said: “It’s a lot of dedication no matter what age. Like last weekend we have our Limerick Championships – it was the biggest ever. We had 164 boxers from Limerick and that’s only from the ages 11 to 16 competing.”

Kids come and go, but all are welcome within the gym. Both boys and girls walk the halls of this boxing club and Declan beams as he described the dedication seen especially from their female boxers.

“There might be one girl and she is there every night.”

The network between the local boxing clubs in Limerick has kept the sport thriving in the city for years. Many of the clubs are in walking distance of each other and lean on one another to break down barriers across parishes.

“It’s a very lonely world in boxing if you are an outsider – so you have to pull together. A lot of these kids won’t go to parishes doing anything else.

“The only way to meeting kids in other communities is through boxing and through the sport. It’s breaking those boundaries for them.”

The Limerick County Board brings the kids together through different team events. The goal is to create a family environment, where kids mentor and learn from each other.

“They have to travel together, stay together and they never may have met each other,” said Declan.

With decades of experience between them, Declan and Jeff approach each training session with care and ease. They understand the slow process of a boxers evolution and take things, in Jeff’s words, “very gently” and easy.

“For a youngster coming in it is very difficult to see themselves in the ring and being punched and stuff like that,” said Jeff.

“We don’t try to change anything about them, we just tidy them up and keep the fundamentals.”

“Boxing is an art. It’s a science and people don’t view it like that.”

What most struck me in the gym was the choreographed and dance-like movements of the young boxers.

“It is very choreographed. What happens then is when you get those tools and you put them in your tool box, when you move into the competition phase, you are able to reach into your toolbox and pull out okay this is my defence.

Safety is the number one priority within the Corpus Christi gym and constant efforts are made to remind the kids to keep their defences up and be aware of their surroundings.

“Especially for our youngsters, we want to keep them for as long as we can.

So if any of our youngsters are getting hurt, number one they’re not enjoying it and number two they are going to say ‘I’m not very good at this and I’m going home – I don’t want to train.”

The goal is to create a community, across parishes, connecting young people from all sides of the Treaty city.

“Yes you are an individual, but you also have a responsibility to the club,” Jeff concluded.