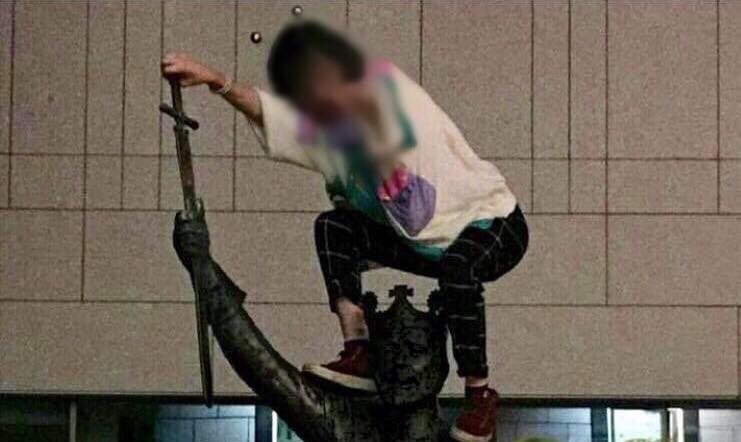 ONE of the infamous late-night revelers who climbed the Richard Harris statue on Bedford Row has responded to criticisms from local councillors by insisting “Richard Harris would’ve appreciated the banter and he’d climb it himself if he was still around”.

It was reported last month that a group of drunken young people danced on top of the much-loved statue in the city.

One of the statue-climbers, who asked to remain anonymous, is insisting there was no “malice” involved in the decision to climb the statue, it was simply “funny and too good a photo opportunity” to pass up.

The response follows comments from former councillor and local historian John Gilligan to the Limerick Post where he called the revelers’ actions “disgraceful” and said that “nobody has the right to damage the statue”.

The reveler acknowledged Mr Gilligan’s concerns admitting, “I do understand now how it could’ve been perceived as disrespectful by most people but it wasn’t my intention at all. I weigh seven stone so I think it would take a few of me to do any damage”.

Addressing concerns over litter around the statue, the young climber admitted that the group did eat around the statue however, insisted they all properly disposed of their rubbish before departing.

In response to Green Councillor Brian Leddin’s calls for increased Gardaí presence, our anonymous reveler said, “I think there’s much more important issues happening everyday than something as silly as young people having a laugh…I think a huge fuss has been caused over this silly picture to distract people from the bigger issues that affect the people of Limerick”.

However, the late-night reveler who climbed atop Richard Harris’ crown continued, “it was only a bit of late night fun but I do apologize for the disrespect and hassle I’ve caused to the people of Limerick”.