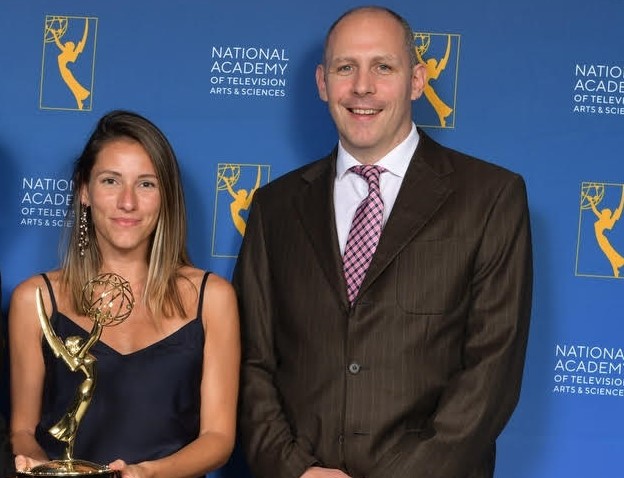 The Limerick journalist is a Senior Producer in Visual Investigations at the New York Times – a unit that he co-founded in 2017.

Since then, the Broadford-born journalist has covered stories of both domestic and international importance, most recently publishing a series of reports on the riot in the U.S. Capitol.

In the webinar entitled:  Visual Investigations: Innovation in Truth Telling, Mr Browne began by saying: “They often say that journalism is the first draft of history.”

Browne won the highest accolade in journalism – the Pulitzer Prize – in 2020 for the sometimes “risky” work, that he and his team carried out in proving for the first time that Russia had bombed Syrian hospitals and civilians.

Browne said: “Our work combines traditional reporting with digital sleuthing and the forensic analysis of videos and images to find truth, hold power to account and to deconstruct significant news events.”

Originally a computer scientist, Browne has used a wide array of methods in gathering information within his reports.

Discussing his computer background and eventual transition into journalism, Browne said “I had that problem-solving aspect of maths, science and physics, so I found something that married both interests”

“No matter the means, the intent remains the same to expose injustice and wrongdoings,” he stated.

“With these investigations, we typically take a little bit more time to collect audio/visual evidence, things that give us timestamps allow us to determine when and where events happened, and stitch all of that information together to, collect indisputable facts.”

Discussing how he came to work in the journalism industry, Browne stated “For most of my life I wasn’t a news junkie – it wasn’t a passion of mine. Through my parents work I felt a sense of doing something in the public service and trying to devout time to that.”

The webinar attracted a mix of students, lecturers and journalists with RTE documentary maker, Conor Keane posing a thought-provoking question to Browne, pondering if journalism had lost its impact in an age when all stories are branded with the mark of misinformation.

Browne replied “It is a worrying time for journalists. It’s the people in this class who will probably decide how relevant journalism will be over the next few years – they have a tough battle.”

Since commencing work with the New York Times, Mr Browne has also led investigations into the killing of George Floyd, Brenona Taylor, Ahmaud Arbery and other African-American citizens, the Las Vegas mass shooting in 2017, chemical attacks in Syria and extra-judicial military killings in Nigeria.

His team was first to name the Saudi officials who murdered journalist Jamal Khashoggi in 2018, and was also the first team to reveal how Iran’s military shot down a passenger plane in Tehran in January 2020.

All of these reports have been presented as visual stories, something which is important given the New York Times ‘digital-first’ aim.

“We are living in an information age where, like never before, there has been so much information, visual, temporal, and so forth,” Browne added.

UL Senior Lecturer in Journalism Mary Dundon, who moderated the webinar, said “We are delighted to have such a distinguished journalist  address our students – Mr. Browne’s work has been cited in murder trials, congressional hearings and UN Security Council meetings, triggered government inquiries and policing reforms, and has led to the suspension of weapons sales to Saudi Arabia. “

The talk ended with Malachy Browne’s resonating words suggesting aspiring journalists “distinguish themselves” and to find their own voice.

“The thing that interests me about journalism is learning – you always learn about the world and people,” he concluded.

You can view Browne’s work at the New York Times here.