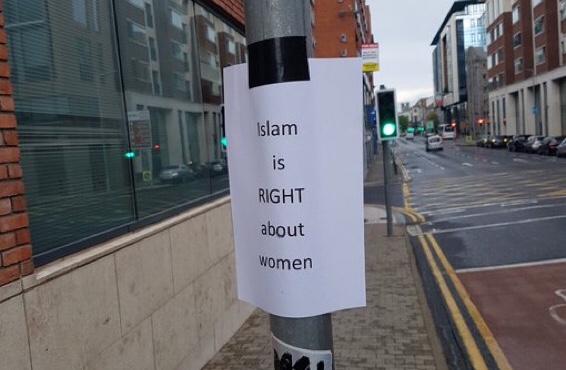 LIMERICK Councillor Abul Kalam Azad Talukder has spoken out against posters found in the city that depict the phrase “Islam is right about women”.

Photos of the posters were published on Twitter last week by Councillor Elisa O’Donovan and have since been found to be part of a worldwide hoax campaign organised by far right members of an online board. 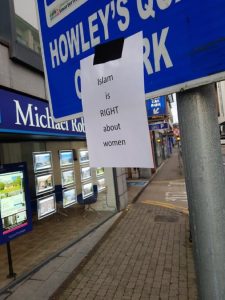 Councillor Talukder has rejected the posters’ message and explains that while there are people who believe Islam does not give rights to women, he disagrees.

Looking at his home country, Bangladesh, he assures that the country is run by women as “the prime minister is a woman and the opposition leader has been a woman for more than 25 years”.

On a more personal note, Councillor Talukder refers to the freedom of the women in his own family.

The Fianna Fail Councillor feels that society more than religion has an effect on people’s views.

He says he is proud to be Muslim and hasn’t seen any problems from his own life experiences.

Councillor Talukder explains that the only consequence of posters such as those scattered around the city is “division”. He adds he was pleased that the issue was reported to Gardaí.

The posters have since been removed from the city. 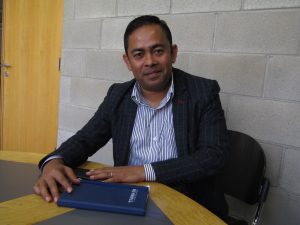 Meanwhile, the Limerick Councillor also commented on the recent protests surrounding the possible opening of a Direct Provision centre in Oughterard in County Galway.

Councillor Talukder, who has lived in Ireland for the past 20 years, says he’s never seen or heard of people in centres causing any problems so he can’t understand why people are protesting against them.

He noted that sometimes people in Direct Provision centres “are not treated very well” and restrictions are placed on them in areas such as employment.

“The Government gives them the permission to work but believe it or not they don’t have the right to have a driver’s license,” he explains, “people get work maybe 20 miles away but they can’t drive to get there”.

Councillor Talukder added however, that any violence towards the centres across the country does nothing but damage Ireland’s image as a friendly and welcoming country.

“I know that’s not Ireland, I know it’s a small minority but it gives Ireland a bad name.”