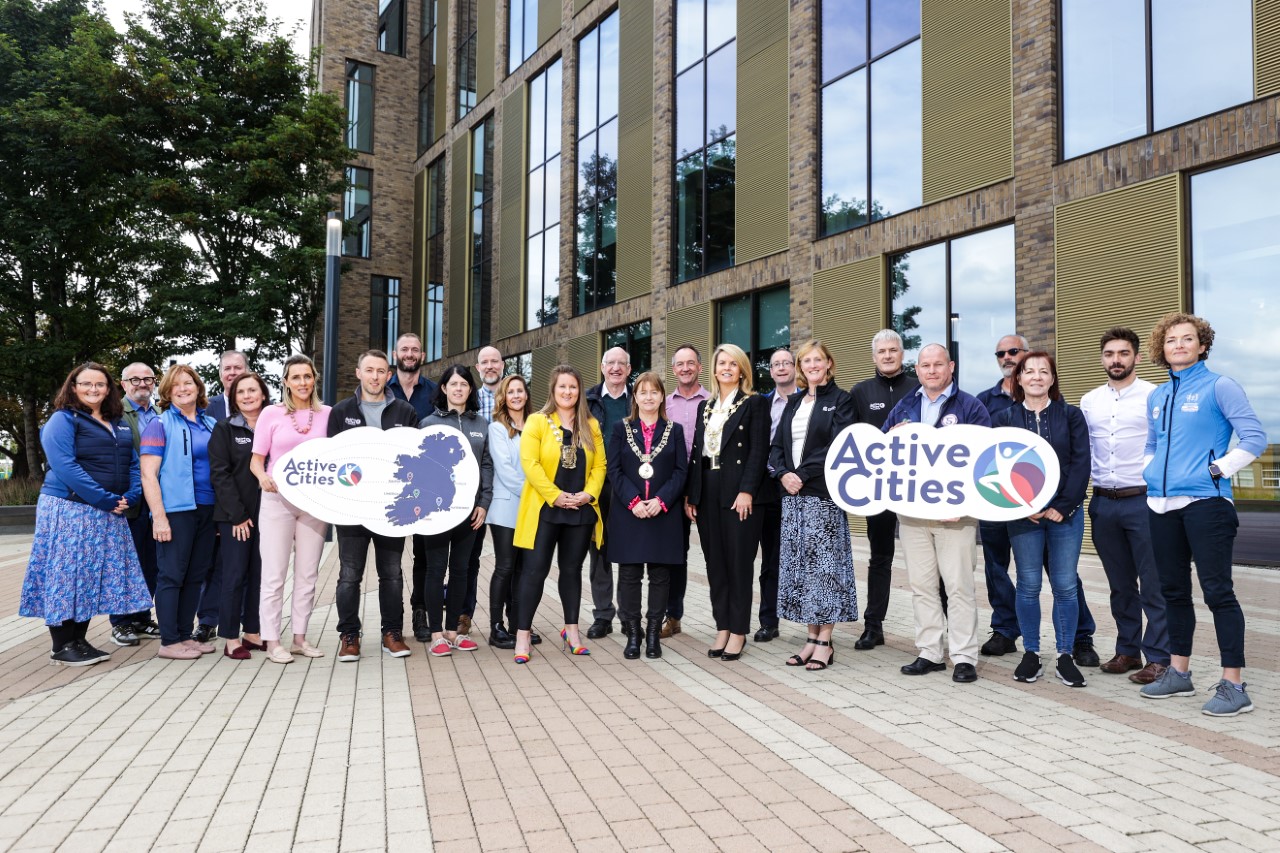 Sport Ireland has announced that its Active Cities campaign will be rolled out and led locally by the eight Local Sports Partnerships in Dublin, Cork, Galway, Limerick, and Waterford.

The vision of the campaign is to engage, increase and maintain the number of citizens participating in sports, physical activity, and overall healthier lifestyles (regardless of age or ability) in Ireland’s largest urban centres.

Sport Ireland CEO, Dr Una May, commented, “Sport Ireland is proud to support such a wonderful initiative. Communication and promotion will be central to the success and impact of the Active Cities campaign.

“This initiative will provide a fantastic opportunity for Active Cities to generate a sense of community and togetherness, while bringing sport and physical activity into peoples lives.”

Sport Ireland have based the campaign on the World Health Organisation’s Global Action Plan on Physical Activity Framework, which focuses on getting those least active in society to increase their physical activity.

€3.4m has been invested in the campaign to engage with communities across the five selected cities, and it also hopes to benifit those who are economically, socially, or educationally disadvantaged or have a disability.

Active Cities is underpinned by four key pillars – Active Systems, Active Environments, Active Societies, and Active People. It is hoped that with all five cities aligned nationally to impact positive change, these pillars will give each city an individual pathway for implementation at a local level.

According to the recommended guidelines set out in the 2021 Irish Sports Monitor, only 42% of adults and 13% of children meet these guidelines when it comes to being active.

Speaking at the launch of the Active Cities campaign, Partnerships Manager Oisin Foley commented, “Active Cities is about creating opportunities and increasing the number of active spaces throughout cities across Ireland. We want physical activity to become a social norm, naturally and habitually built into people’s home, work and community lives.

“I would like to encourage as many people to get involved with your local Active City and take part in the wonderful events being rolled out through the initiative.”

Find out more about Limerick as an Active City.