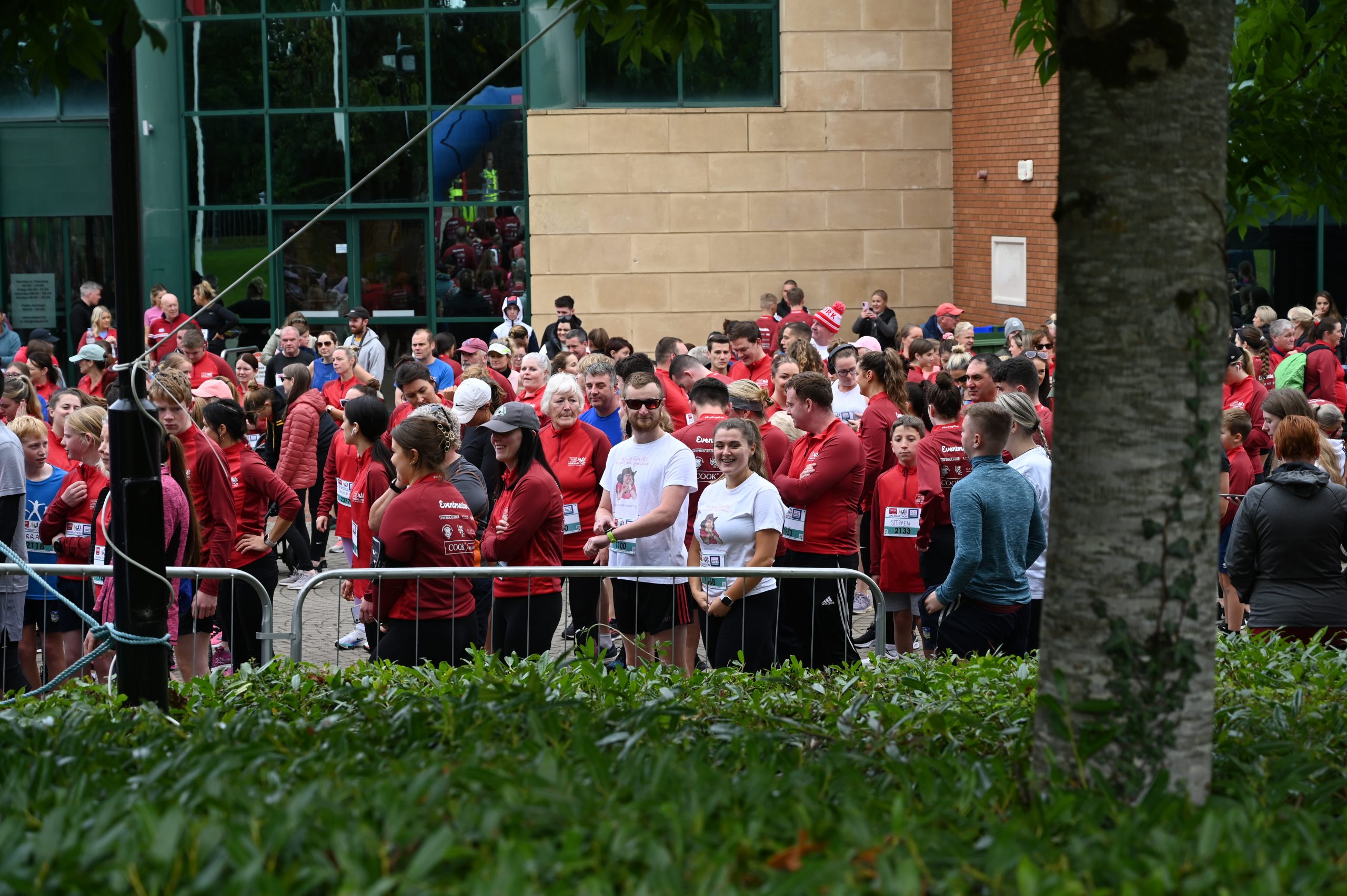 The Cook Medical Limerick Mini Marathon brought over 1500 participants and their families to the University of Limerick Sports Arena on Sunday afternoon.

It is the first time in three years that the event has taken place, with the pandemic thwarting any hopes of it taking place in 2020 and 2021.

On top of this year’s instalment being the competition’s grand return, it is also the first time that there were both men and women participating – two women crossed the line before the first man did.

The event was split into two different distances – the 5K and the 10K – and participants could run, jog, walk or wheel from start to finish. Some even used all four paws.

Those taking part did so for any number of reasons – be it for a personal sense of achievement, charity or even just out of spontaneity.

20-year-old Niall Walsh took part in the 5K on the day after one of his friends contacted him about signing up for it at the last minute.

“It was one of the lads’ ideas”, Mr Walsh told Limerick Voice. “He just sent me a text yesterday saying, ‘will you go do it?’ and I said ‘eh, why not?”

Niall had never taken part in a 5K run before and had never done any training for such a thing, but he did credit his GAA training for his confidence ahead of the race.

However, the day was not all about those competing – a Zumba warm-up took place before the first runners set off on their journey and food vendors ranging from BBQ grills to coffee vans were present, providing people with much-needed fuel.

The pair have created a smoothie bowl company called Goya in recent months and Sunday was their first time setting up a marquee after taking it around the country over the summer as well as populating Limerick’s Wickham Way and appearing in the Treaty City Brewery once a month.

Mr Collins was excited to be at the UL Sports Arena for the event and himself and noted that they felt the buzz in the air from being behind the starting line.

“It was good craic [setting up the stall] because this is our first time going away from the city centre…there’s way more numbers here at the Cook Medical Mini Marathon and we were right at the starting line so it was a good buzz.”

Every spectator moved towards the finish line at the athletic track after the 5K runners had set off, preparing to cheer on all the entrants as they neared their journey’s end.

Kealey Tideswell from Clonmel Athletic Club was first over the line for the 10K runners in a time of 36:20 and Dymphna Ryan from Dundrum Ac followed her over in sub-37 timing as well.

Niall Harris became the first male winner of the Mini Marathon when crossed the line in a time of 37:15.

Event MC and UL lecturer Kévin Saudé kept the crowd going with enthusiastic words for everyone who came round the final bend and breathed life into those final metres.

After the race, Mr Saudé exclaimed that he saw the event as a success despite his initial worries because of a lower number of signups than in 2019 – a phenomenon he put down to the effect the last few years have had on people.

“I especially love the fact that two women came first and second in the event in the field of men and women, so women ran faster than men today….it’s great to see all walks of life – some older, younger, kids that can’t even walk yet in prams, doggos as well – so it really is like a family event.”

Niall Walsh finished his 5K in a time that surprised him, smashing his 30-minute goal and setting a time in the region of 26 minutes.

However, before he ran his race, he stressed that the most important thing about the day was getting out of the house and doing something, and seeing everyone preparing for their run before his impressive showing underlined this message.

“I think it’s great seeing everyone here, like, because no matter how fit you are or what you look like, it allows people to just go out and exercise.