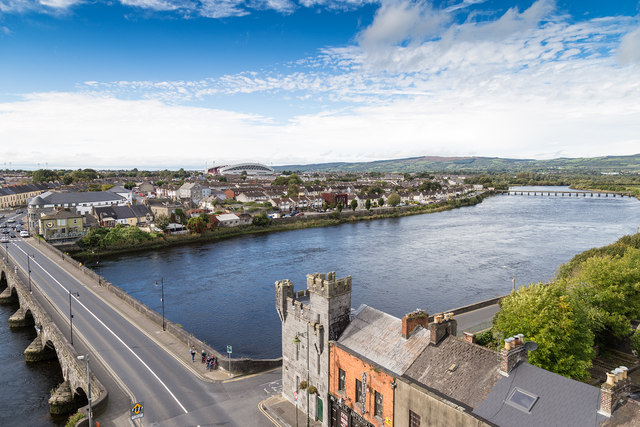 Emma Langford is among Limerick natives who are disappointed by an article published by Forbes yesterday.

The US business magazine shared an article on Stripe founders, John and Patrick Collison, who grew up in Limerick.

The piece read: “Many folks think Ireland is all rolling green hills and five-star golf courses. But in the middle of the Irish countryside is a city called Limerick — known as the ‘murder capital’ of Europe.”

“Limerick is the last place you want your kids growing up. But two brothers who went to high school there recently beat the odds.”

Fobres has since removed the article from its website following a backlash on social media, with figures ranging from current Sunday Independent Editor Alan English, author Helena Close and Patrick Collison weighing in on the controversial article.

Limerick native Emma Langford spoke to Limerick Voice about the article, saying “Limerick is so proud of everyone she sends out to the world – the Collison brothers are an example of the creative entrepreneurial spirit that makes Limerick a great place.”

“It was so disappointing to see my city painted in such a negative light in a globally recognised publication.

“I hope Forbes will use their platform now to shine a light on the beauty of Limerick City and County and the people that make it a vibrant place to live, work and thrive,” she added.

The two Collison brothers, Patrick and John, have also faulted the article on social media.

Responding to the piece, John called it “daft” on Twitter.

His brother Patrick tweeted: “Not only mistaken about Limerick but the idea of ‘overcoming’ anything is crazy. We are who we are *because* we grew up where we did.”

The online payments firm is now the most valuable ever private technology company in Silicon Valley.

It also made both Patrick and John Collison Ireland’s wealthiest entrepreneurs, with individual paper fortunes that could now be valued at around $10bn (€8.4bn).

The hashtag #LimerickandProud has sprung up on social media sites in the response to the article publication, with Limerick natives using the hashtag to post about what makes them proud to be from Limerick.