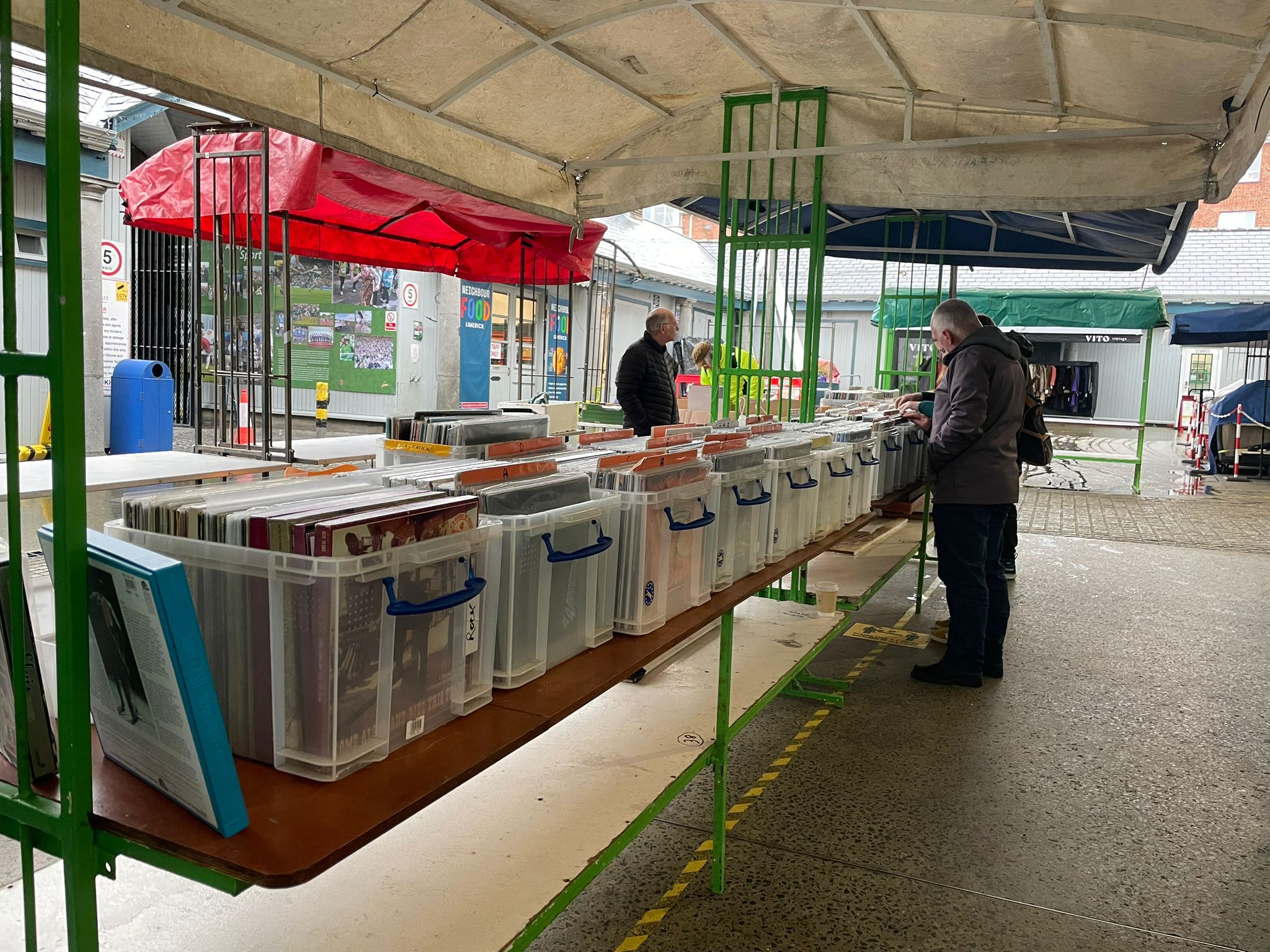 The Limerick Record and CD market was held on a cold, rainy Monday on Halloween but a steady flow of music enthusiasts showed little care for the weather.

Loudspeakers blared songs from one of the vendors’ stands as music collectors gathered around to browse through their surplus of options.

Limerick Voice spoke with vendors who shared their passion for music and the experiences that brought them into the world of record collecting.

Brian O Kelly of Comet Records was present at the market and expressed his delight at the second wind of vinyl.

Mr O Kelly stated that “I’ve seen an increase in [the] collection of vinyl the last five years or so. You know, a lot of people are buying every Christmas you see people who have gotten new record players, something like that, and we do quite well after Christmas.

“It will never get back to what it was but if it even gets back to 10% of what it was – it probably is [as of] now- I think this year the official records were the highest in you know, decades, the sales so it’s good for us here.

Vinyl records sales have exploded in the last decade, with Golden Discs even noting that they now account for 40%-50% of their revenue earlier this year.

“When vinyl gets too expensive it’s very bad, it kind of kills the whole vibe,” O Kelly continued.

“If you can actually pick up two or three albums for the same price as one new and uh you know, it’s okay. I’d say that works well for us since we’re mostly second-hand.

Due to this spike in popularity, vinyl records can now be found in many stores including Tesco, Dunnes, music shops, and at record fairs.

One vendor at the fair in Limerick mentioned his preference for original, records untampered by modern methods of editing.

This appreciation has spread to all ages as seen by the many vinyls that decorate the shelves of music stores and the number of fairs for these types of music products also reflects this.

O Kelly noted that fairs are held all over the country and said that people have an option of “maybe 60 fairs over the year.”

After years on the fringes, vinyl is back inside Limerick homes, fuelling the musical needs of avid listeners.