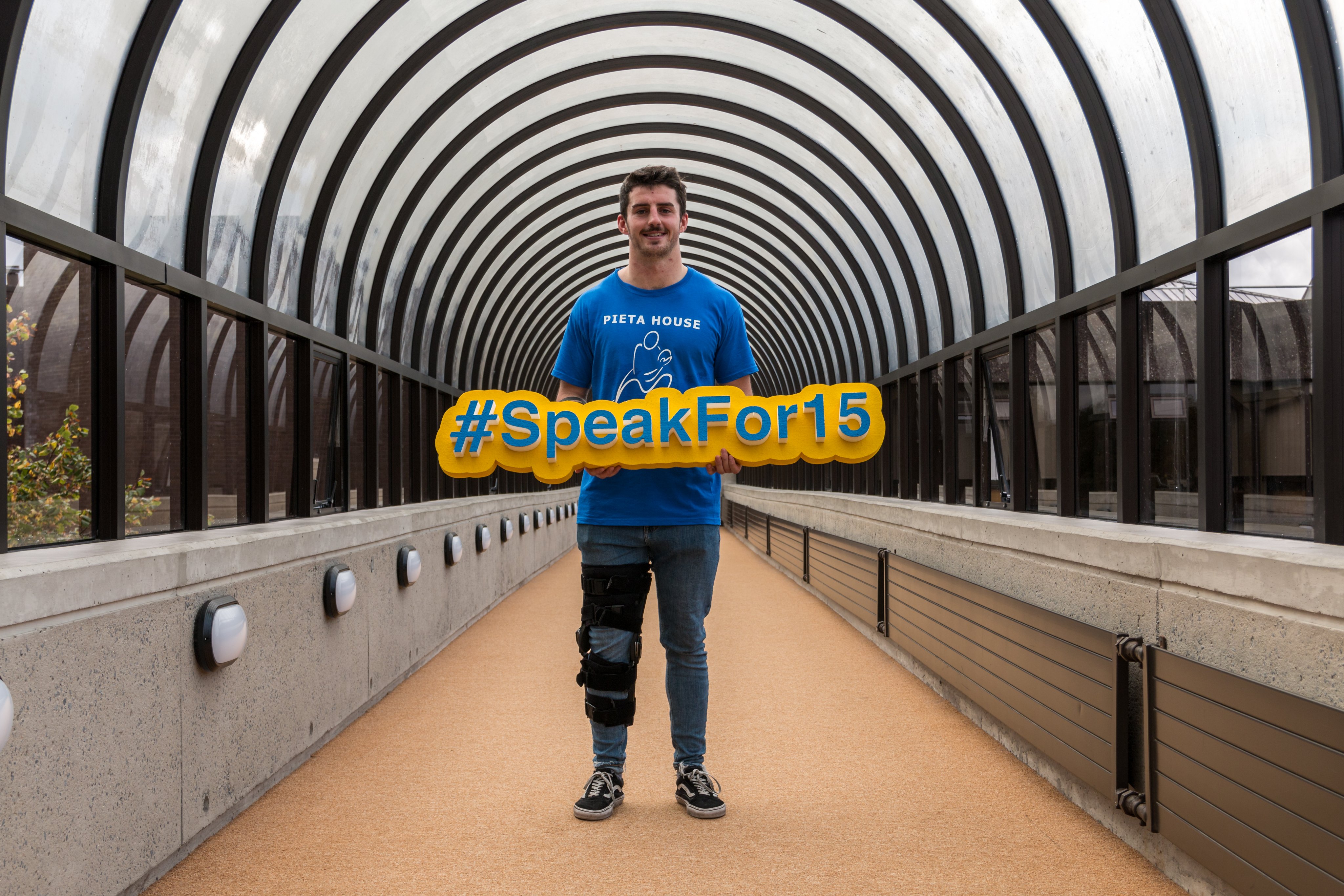 Peadar Collins launched the Speak for 15 campaign to get people talking about their mental health and raise awareness for Pieta House during this year’s Rugby World Cup in Japan.

The initiative aims to break the stigma surrounding mental health, using the tournament and the large audience it attracts as a platform to do so.

The campaign itself encourages people to choose someone to talk to for the 15-minute half-time break in any of this year’s world cup games, leaving phones and any other devices to one side.

Participants are then asked to put their phones to good use by taking a picture with the friend or relative they have spoken to, share it on Twitter or Instagram using #SpeakFor15 before donating to Pieta House and nominating two other friends to do the same.

A former member of the Munster Rugby Academy and Ireland U20 set-ups, Collins felt that he had an opportunity to use his contacts within rugby to spread the message of well-being, and that it is “OK not to feel OK”.

With the launch of Limerick Mental Health Week last Friday, the final year Business student at UL says the campaign is more relevant now than ever before and that it’s a subject that is very close to his heart.

“I know of a number of households that have been affected in some way by mental health issues, and I feel it is something that is not reported enough,” he said.

“Globally, a person takes their own life every 40 seconds. I want to change the behaviour towards mental health,” he added.

The Garryowen club member highlighted the tireless work that Pieta House do in trying to prevent such statistics, stating that it was the deciding factor in associating the charity with his campaign.

With the aid of sponsorship from UL Student Life, the University of Limerick’s student union, Collins filmed a campaign video to spread the word.

After a launch night in South’s pub, he posted the social media campaign before encouraging his peers around the university’s campus to get involved.

“I have noticed in my own group of friends that phones are completely taking over our lives, so all I ask is for people to put the phone away for 15 minutes and make sure everything is alright with those around them.”

Collins has been pleasantly surprised by the traction the campaign has gained thus far, with public figures from the rugby world cup and further afield getting on board, from home and abroad.

“In the last few days the campaign has got support from players like Irish women’s rugby star Sene Naoupu as well as Jordan Larmour, who is currently with the men’s squad in Japan.”

Just over a week after its launch, the initiative has reached over 2,000 followers on social media and has overseen a host of generous donations being made to Pieta House in that period.

You can still get involved by following Speak For 15 on Twitter and Instagram, using the hashtag #SpeakFor15 and making a donation here.