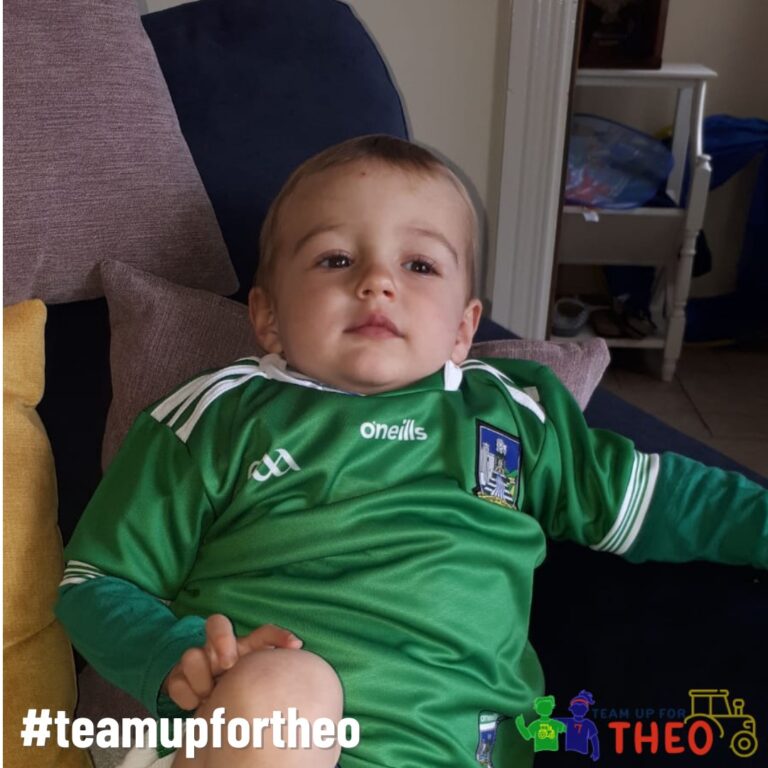 Limerick mother Eleanor Murnane set up a GoFundMe page for her three-year-old son who was diagnosed with stage 4 high-risk neuroblastoma cancer.

Eleanor was concerned when she found a lump in her son’s lower abdomen, she also noticed his belly was quite swollen.

Theo was diagnosed with stage 4 high-risk neuroblastoma cancer which had spread to his bones and his scalp.

The tumour has since been removed but with this type of cancer, the chance of recurrence is extremely high.

Eleanor set up a charity fundraiser titled Team Up For Theo with the goal to raise funds for a future treatment for Theo.

Liverpool legend Jamie Carragher donated a signed jersey to be won in a raffle, with proceeds going to the cause.

Limerick hurling stars Dan and Tom Morrisey took time out of their All-Ireland final preparation to wish Theo well, and offered a signed Limerick jersey to be raffled.

Should the fundraising target be met, Theo will take part in a clinical trial in Memorial Sloan Kettering Hospital Cancer Centre in New York.

This treatment could help prevent the cancer from recurring and be life-changing for Theo, as it raises his chances of survival.

Limerick Voice send best wishes to Theo and his mother.

You can donate here: