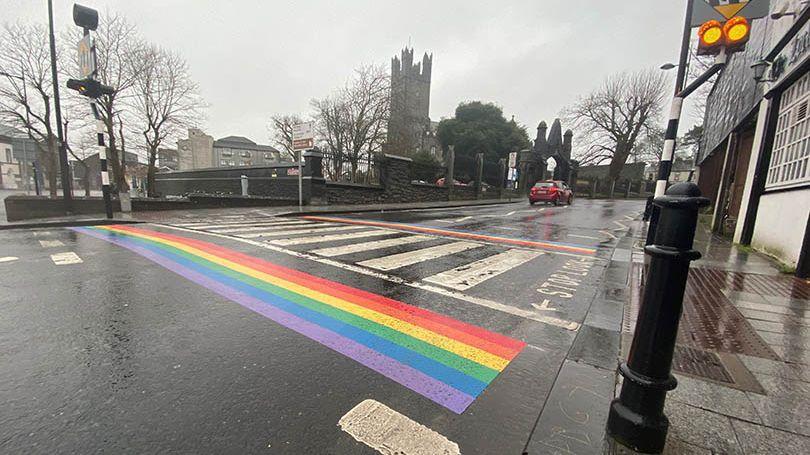 The first Pride rainbow crossing in the city has been installed at the pedestrian crossing next to Limerick City and County Councils offices at Merchant’s Quay.

Situated on Bridge Street, Limerick’s Active Travel Team have said that they are using it as part of its “wider plans” to upgrade and improve the pedestrian and cycling network in the treaty city.

City and County Mayor of Limerick, Cllr. Daniel Butler has commented on the importance of the instalment, and how it represents Limerick as diverse and inclusive.

“One of Limerick’s strengths is its diversity,” the mayor commented.

He also mentioned the LGBTQ+ community and said that they “are a huge part of who we are in Limerick, and I am delighted to see the Pride Rainbow colours appear in such a prominent way.”

“Thousands of people pass along this route every day, and this is a very visual way for us to say that Limerick is inclusive and welcoming to all,” he said.