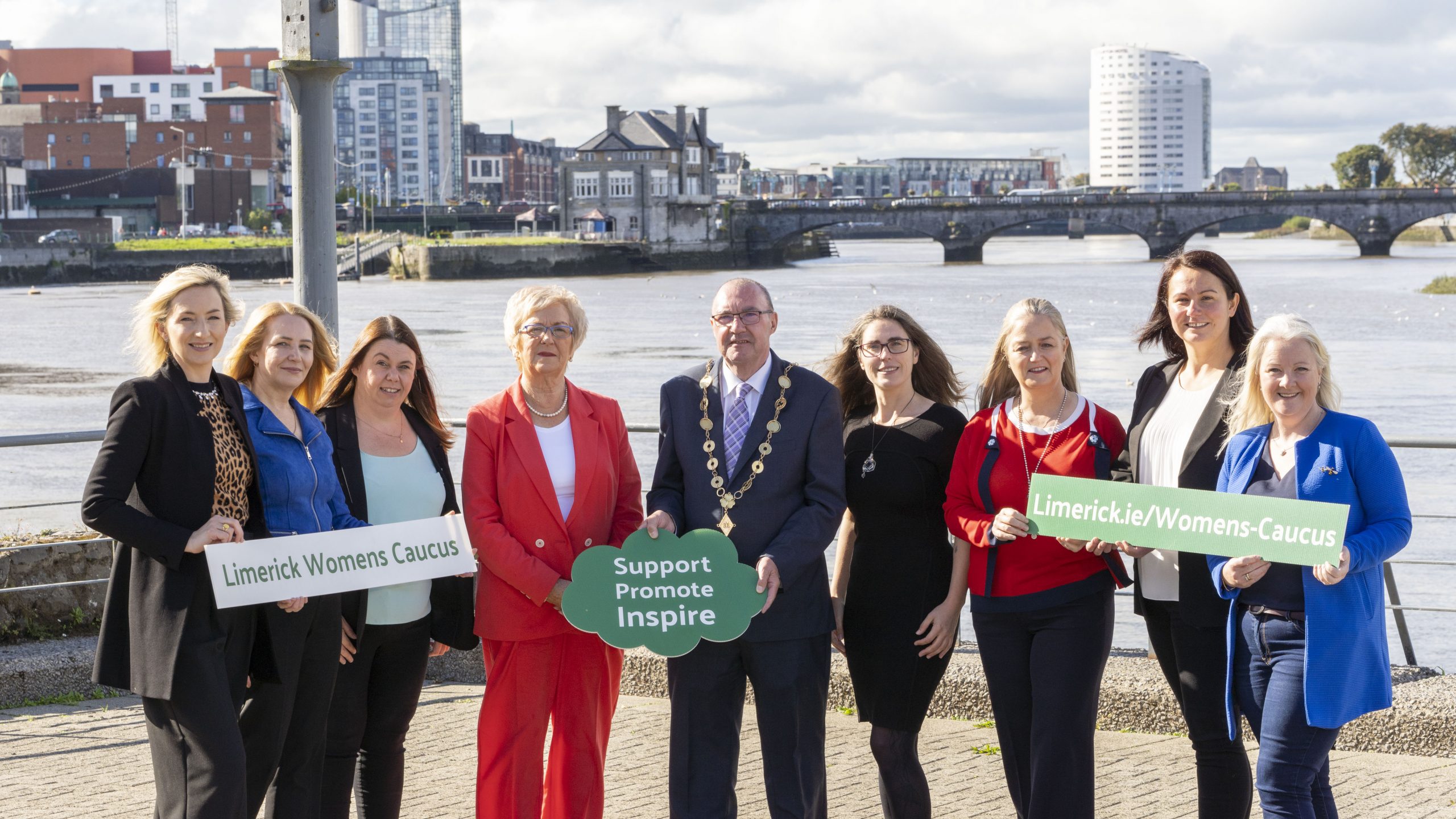 The Limerick Women’s Caucus was launched today which aims to increase the numbers of women who participate in politics.

The caucus was launched at City Hall by Mayor of the City and County of Limerick Cllr Francis Foley, and featured an address to the assembled women councillors by author and historian Sharon Slater.

The caucus comprises the nine women councillors on the council and will serve as a cross-party non-partisan forum  to address the issues encountered by women in the sector, to help support others to enter into political life, and  to discuss and campaign on issues predominantly affecting women.

Independent Cllr Brigid Teefy was the first female councillor elected to the newly merged City and County Council in 2014. She hopes the Women’s Caucus and the surrounding publicity will encourage more women to take up local politics, particularly in County Limerick.

“In the county last election time we only had two females elected. Hopefully come the next local elections people will take the step”, she told Limerick Voice.

“It [the caucus] is a support. It’s nice to have the camaraderie with other women, we all have the same issues.”

The overarching objective of the Limerick Women’s Caucus is to attain equal representation of women and men on Limerick City and County Council. The 2022 Census reported that in Limerick, the population is 50.24% women compared to 49.76% men. At present, only nine of the 39 councillors currently serving are women.

Chair of the Limerick Women’s Caucus Cllr Sarah Kiely encourages “any woman who is involved in community groups, and other organisations to take that step.”

The Limerick Women’s Caucus was one of the first such groupings to be established by a local authority in Ireland. Since the announcement, the government allocated €62,000 to 16 organisations, including Limerick City and County Council, to develop similar groups in their areas.

It will work to address many issues and impediments for women entering politics and is inviting women to get in contact with them to discuss such problems.

The Limerick Women’s Caucus will be looking at different events in the coming weeks and months ahead to promote women getting into politics. It will be an advocate for the promotion of politics as a good career option and looks to speak to as many women and women’s groups as possible.

You can contact the Limerick Women’s Caucus through their website, by contacting Limerick City and County Council or by directly contacting any one of the nine women councillors.