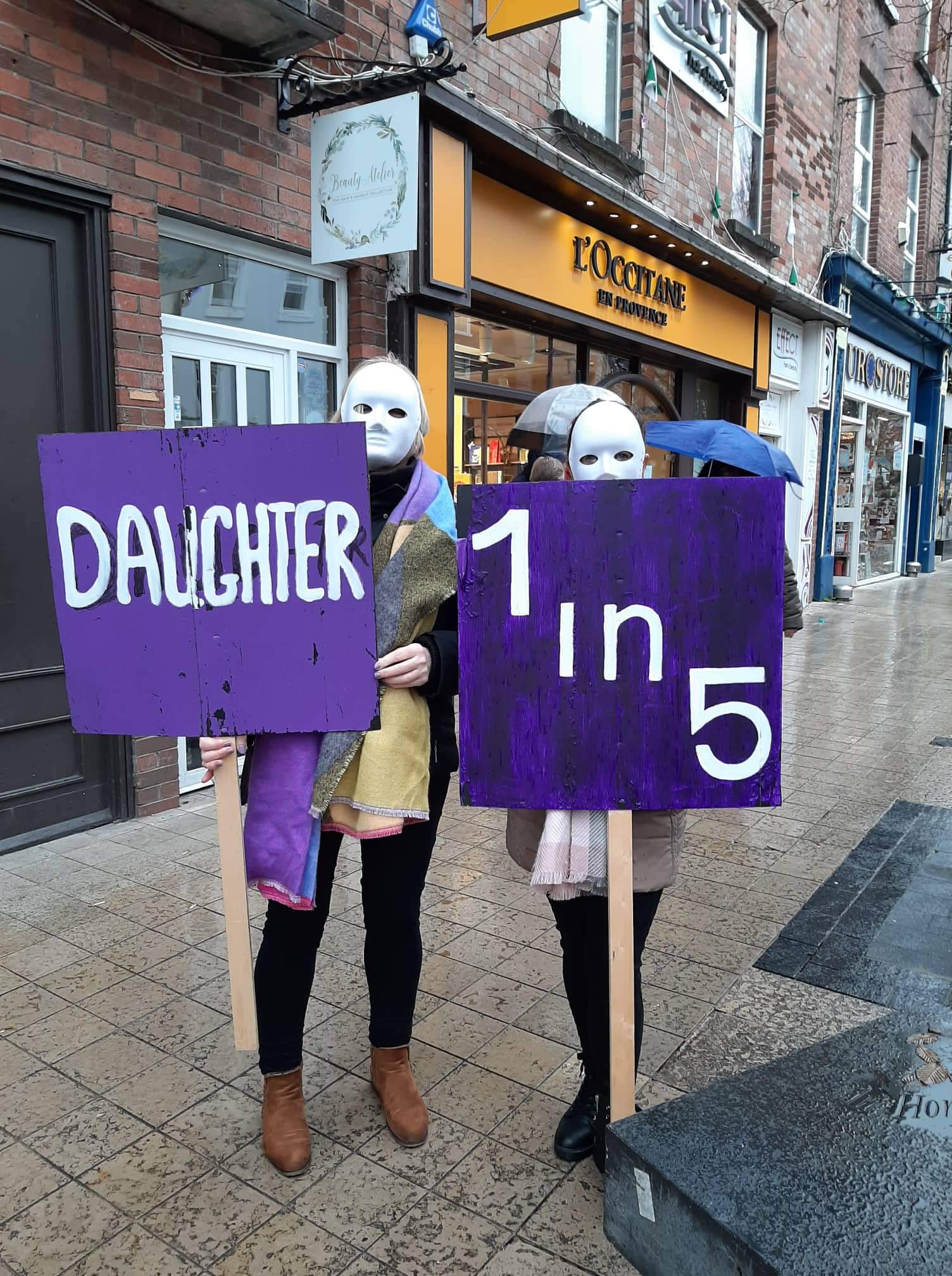 THE people of Limerick took to the streets yesterday, November 28, for the Purple Up campaign, which marks 16 Days of Action Opposing Violence Against Women, a global movement that brings attention to violence against women.

Held on Thomas Street, Purple Up was organised by Limerick Area Network (LAN) to remember women and children who were victims of violence. It featured speakers from LAN and a reading out of the names of women and children in Ireland who have died violently, and attendees were encouraged to wear purple.

Limerick people who attended had posters which highlighted that victims of violence against women are people’s mothers, daughters, sisters and nieces.  230 candles were also lit by those who attended the event and passers-by, in memory of those who have died through violence.

LAN Chairperson Ms Duffy read out 230 names of women and children in Ireland who have died violently in Ireland since 1966. Miriam also highlighted that there were 5 additional names since Purple Up 2018.

The Executive Director of Rape Crisis Midwest said “the event is about remembering and honoring the women and children who died violently. It’s also about highlighting the fact that it’s still happening. We want people to be aware of that this must not go on.”

She continued, “the demand of services is increasing every year, and people are constantly asking if that’s a result of more violence or if it’s because more people are coming forward to seek for help. And I would say it’s both.”

Among the people in purple was Geraldine Minogue, chairperson of the Southside Women’s Group, who explained that the event is important, because violence against women is not highlighted enough.

“We want to tell that women can and are taking back the power of their lives, and that there are places to seek help that weren’t there 30 to 40 years ago,” she assured.

Fine Gael ’s Olivia O’Sullivan also spoke at the event: “So many people, so many women, have lost their lives to violence. It’s very difficult and it’s important to remember them and remember how this has happened and not to forget because we have to find a way to fight against this in our society. That’s why events like today are very important.”

Cllr Sarah Kiely of Fine Gael said she hopes events like this may help women in abusive situations today. “I  think it’s very important, not just for the women whose names were mentioned, but the women who suffer abuse every day. The women who have to live in fear every day.

“We have to acknowledge that as well and make sure they have support because hopefully they won’t get to the point where they’ve suffered a violent death like the people that were named here today from all over Ireland,” Cllr Kiely continued.

Social Democrats Cllr Elisa O’Donovan believes Limerick’s Purple Up event is very important and she has attended in past years as well. “I think this is something I would have always personally felt is really important, particularly the work that Rape Crisis Midwest do. I think it’s really important to support it and show awareness for it.

“Especially now as an elected representative, I felt that it was really important to come and to show women living in Limerick city and county that their councillors are mindful of this and fully supportive of the campaign,” Cllr Elisa explained

This was the fifth Purple Up event to take place in Limerick. The 16 Days of Action opposing Violence Against Women is a global campaign which began on November 25 this year and aims to increase awareness and fight for change.