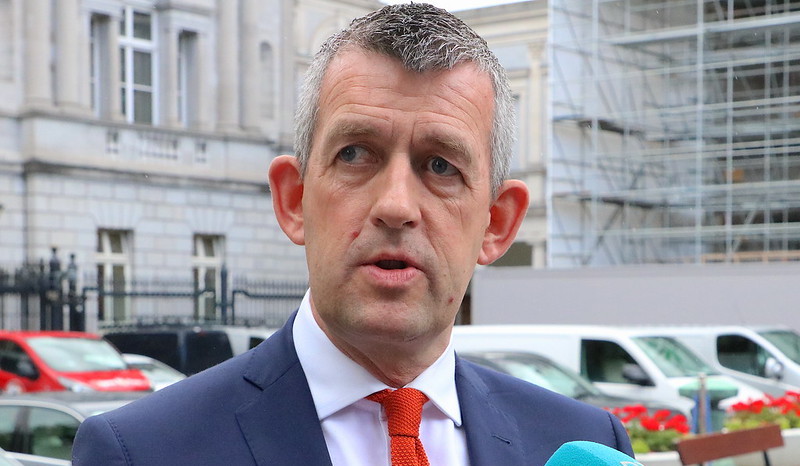 A LIMERICK Sinn Fein TD has defended his party’s decision to table a no-confidence vote in the Tanaiste, claiming accountability is not important for the Fine Gael Party.

Speaking to Limerick Voice about Fine Gaels criticism of the motion which they say is “narrow tribal politics” and detracting from important Brexit negotiations and management of COVID 19  Maurice Quinlivan said:

“The claims that Fine Gael have made are merely a distraction from the reality that the leader of that organisation leaked a document marked ‘Confidential’ to his pal without disclosing this to the Minister for Health or other Cabinet colleagues. Accountability, it seems, is important in political life except when it comes to Fine Gael,” said Mr Quinlivan.

He also says the latest statements are part of a wider campaign by Fine Gael. “Over the last number of weeks, Fine Gael have produced Trumpian Attack Videos about Sinn Féin. As such, discussions about tribal political attacks should be referred to that organisation”.

“This is more of the old Fine Gael behaviour where it is about who you know and insiders getting access to the corridors of power,” said Mr Quinlivan.

He also accused Sinn Fein of “narrow tribal politics” and trying to sabotage the Government.

“At a time when people are struggling with the extraordinarily difficult challenges that Covid and Brexit are presenting and after an extremely comprehensive debate in the Dáil on Tuesday, it is incredible Sinn Féin wish to waste time engaging in narrow tribal politics on a motion that seeks to bring down the Government,” said Mr Bruton.

Minister of State Peter Burke says Sinn Fein have not finished answering for their failure to return grants misallocated to their offices.

“Yet instead of answering these questions, her party has decided to play politics and try to destabilise the Irish Government. This from the party that still hasn’t answered crucial questions about the latest funny money incident,” he said.

Last month four Sinn Fein Members of the Legislative Assembly (MLAs) resigned after failing to return grant money they were not entitled to receive.

The grants consisting of £10,000 each were mistakenly given under the Small Business Grant in Northern Ireland.

Leader Mary Lou McDonald accepted the resignations and apologised for the incident.

The Labour party and the Social Democrats are to back the motion of no confidence in Leo Varadkar, led by Sinn Fein.

“We, supported by other opposition parties, have tabled this motion due to the inadequate response of the Taoiseach to this issue and the due to the serious breach of confidentiality by the then Taoiseach, now Tánaiste, Leo Varadker,” he said.

The Tánaiste was questioned last Tuesday by members of the opposition on the circumstances of the incident.

However, Mr Quinlivan and his colleagues were not satisfied with the outcome of the investigation.

Deputy Quinlivan has dismissed Fine Gael’s accusations saying they are a distraction from the current issue.

TD Maurice Quinlivan finished by saying, “We took on board people’s desire for change at the last election. We are determined to change the old ways of doing politics in this country, and this motion is part of this effort”.