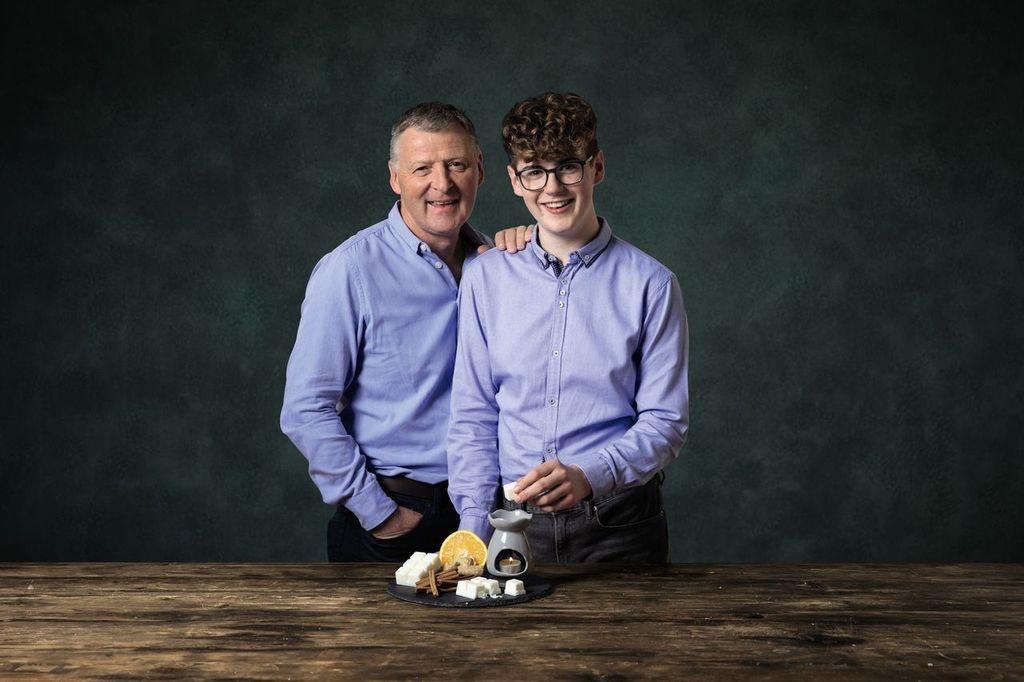 Little did Evan Quaid realise after stumbling on the idea of candle making three years ago, he would be Aldi’s youngest-ever supplier.

Evan, alongside his father John, own and run Quaid Candles as they make a variety of candle-based products.

So how did the Castlemahon teenager decide to start out on this business adventure?

“It started in 2017 when I was in first year. I wanted a new phone, but my parents did not want to pay for it, so I had to find the money to pay for it.”

“I watched a few YouTube videos. I was searching how to make money, quick ways to make money. Then a video on how to make candles came up. I was not sure but then I checked it out and there seemed to be a market for it.”

“I got a start-up kit on Amazon. I went to my parents and they agreed to buy it for me. It was a small candle making kit with a small 500-gram bag of wax.”

“It started as a school project with family and friends and then I went on to take part in the Local Enterprise Office Young Entrepreneur competition.”

“I won in Limerick, so I had to represent Limerick nationally. I didn’t win there but because I entered into the competition, I had to start putting products into shops and I built up a name for myself from there.”

The Transition Year student in Hazelwood College has gone from that single bag of wax to stocking 20 large 25kg boxes of wax as he produces candles, diffusers, wax melts and burners.

This is part of the Grow with Aldi programme as they provide support to small and medium sized Irish suppliers to gain exposure and experience with a major retailer in Ireland.

The 16-year-old saw his products in Shannon Airport shortly after Quaid Candles became an official business in 2018.

“It started in 2018 when we registered as a business. Another young entrepreneur I know visited Shannon and I was a tiny bit jealous. I DM’d Shannon (Airport) on Instagram and they emailed me back. We organised a tour and a brief 10-minute meeting.”

“I brought all my products with me on the day and I ended up there for an hour where I ended up in the VIP room pitching. That is where it started as an official business.”

Evan states his father John has been a huge help to him in setting up and establishing his business.

“I couldn’t do it without him (John). Even with the order for Aldi, it was a massive order and there was no way I could fulfil it without him. I have to say a huge thank you to him. He has been with me from the start.”

To find out more about Quaid Candles and their products, visit quaidcandles.ie/.