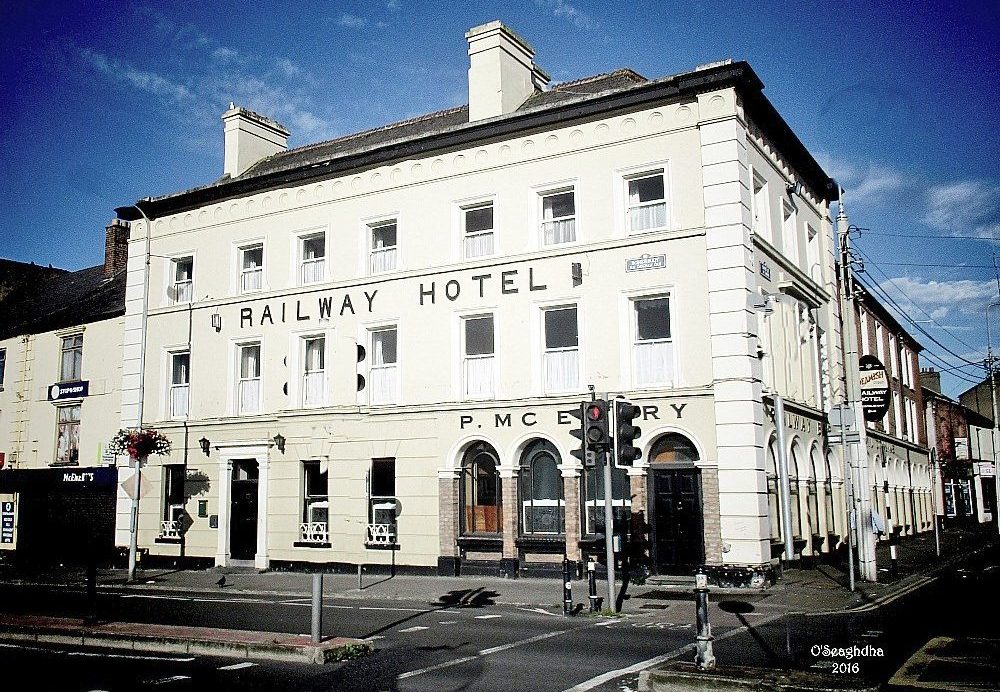 While additional beds in the city are a welcome proposal, some are concerned about the preservation of the 200-year-old hotel

There have been mixed reactions to a recent planning application lodged with Limerick City and County Council, seeking permission to re-use the historic Railway Hotel opposite Colbert Station as student residences.

Lodged by Signature Trustee Services Ltd and Mark McMahon on October 28 and amended on November 1, the application seeks to develop the site into a 116-bed student complex, consisting of six studio and 19 standard apartments.

The hotel, a protected structure which dates back to 1800, will be refurbished, while an adjoining building will be demolished to make way for a new three-storey block. To the rear of the hotel, a new seven-storey accommodation block is planned.

Limerick people have been reacting to the news, including local historian and Historian in Residence at Ormston House, Sharon Slater.

“I am happy to see a vacant building being used. The space, when taken over by students, will energise the area. Students will increase the movement in this area and in the city as a whole,” states Slater.

“If we want to encourage young people to come to Limerick, we need to provide somewhere for them to live while studying in the city. While here, they might just fall in love with our city and use their education to improve it for all of us.”

The lack of student accommodation in Limerick City and suburbs hit a new low at the beginning of the current autumn semester. Horror stories of young people dropping out and sleeping in cars put increasing pressure on third-level institutions to take action.

Cllr Daniel Butler, former Mayor of the City and County of Limerick, said of the proposed development, “I would welcome the delivery of student accommodation, which is much needed within the city centre and in Limerick overall.

“One concern that Limerick people have highlighted, however, is that perhaps the hotel would have been a better location for apartments for families or single people – a mix of accommodation, rather than just for students.”

Cllr Butler also stressed the importance of preserving the Georgian structure. “The conservation of the Railway Hotel is another public concern, as it is a protected structure and has always been an integral part of Limerick’s architecture and built history, especially when arriving through Colbert Station.”

While most reactions online approved of the plan for more city centre beds, some questioned the style of the development, in particular, the seven-story block due to rise from the rear of the former hotel.

Slater, however, insists that a change of purpose could well benefit the property.

“Our historic buildings need to be used to survive. Without proper ventilation and movement within a building, it is prone to decay. So, having the building find a new purpose as student accommodation would be wonderful – it will give it a new lease of life.”

The Railway Hotel was initially utilised as a maternity hospital before it was repurposed as a hotel in 1846, opposite the new terminus of the Limerick and Waterford Railway.

According to Slater, the business was “not only a venue for tired travellers, but somewhere local clubs and societies held meetings. The hotel was also used for other activities such as auctions and inquests.”

“While it was never one of the fanciest of the hotels in Limerick, it was always a comfortable one. It was very much a local institution, and the hotel bar was used by those in the neighbourhood as much as it was by visitors to the city.”

The Railway Hotel ceased trading in 2016, after 170 years in business. A decision is due to be made on the planning application by January 4, 2023.