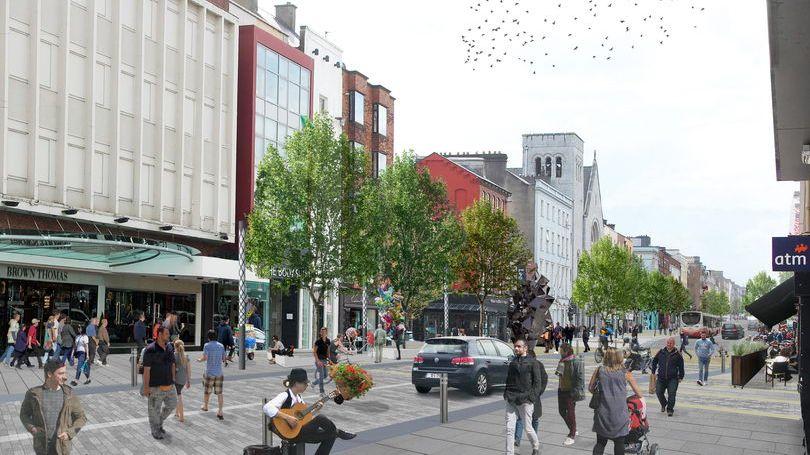 The key to unlocking Limerick city’s potential lies in the further pedestrianisation of some city’s main thoroughfare, the Limerick Pedestrian Network group has claimed.

Plans to temporarily pedestrianise parts of Limerick city centre in a bid to boost trading during Covid-19 restrictions were scaled back after “serious” concerns were raised by businesses in the city.

The proposed closure of Catherine Street to care was seen as a particular point of contention for some traders.

“When we stop treating our cities like places to drive through and start thinking of them as places to be together, then we begin to unlock their potential,” claims Madeleine Leyes of the Limerick Pedestrian Network.

“We need to build on what already works. Pedestrianisation can be a blunt tool – there are streets that suit it and those that don’t. We have a successful pedestrianised street at Bedford Row, Little Catherine Street is one of the most vibrant streets in the city because of its pedestrianisation.”

Fine Gael Councillor Olivia O’Sullivan understands why some traders may have been concerned about the plans and believes further consultation of all stakeholders is needed.

“If you were a business trying to provide employment, trying to keep your doors open, and keep your bills paid during the pandemic and all of a sudden something is landed on your doorstep, you can see how businesses may have reacted in a certain way out of fear, from not being consulted,” she said.

“There has to be constant consultation and it needs to be done with all stakeholders on board. We have to be respectful of all the stakeholders,” she added.

“Many businesses in Limerick city feel under tremendous pressure, never more so than now. The threat to their livelihoods is stark, and they need more support. But people advocating for better active travel and pedestrian experiences in the Limerick want the same thing as retailers – a thriving city,” insisted Leyes.

“I understand there are some businesses who do not want to pedestrianise Limerick city, over only what I can assume is the loss of business, but I would ask them to look at other cities around the world such as Glasgow, and how successful pedestrianisation has been, to bring both locals and tourists back to the city centre,” said local resident Greg Mac Conmara.

According to Green Party Councilor Sean Hartigan wider footpaths will create a better atmosphere, while dedicated cycle lanes, reduced parking along with reduced speeds will increase safety for pedestrians and cyclists.

“I pushed for complete pedestrianisation of O’Connell Street but couldn’t get the support of others in the council. If we are to attract people into the city, we should be designing the city for people, not cars.”