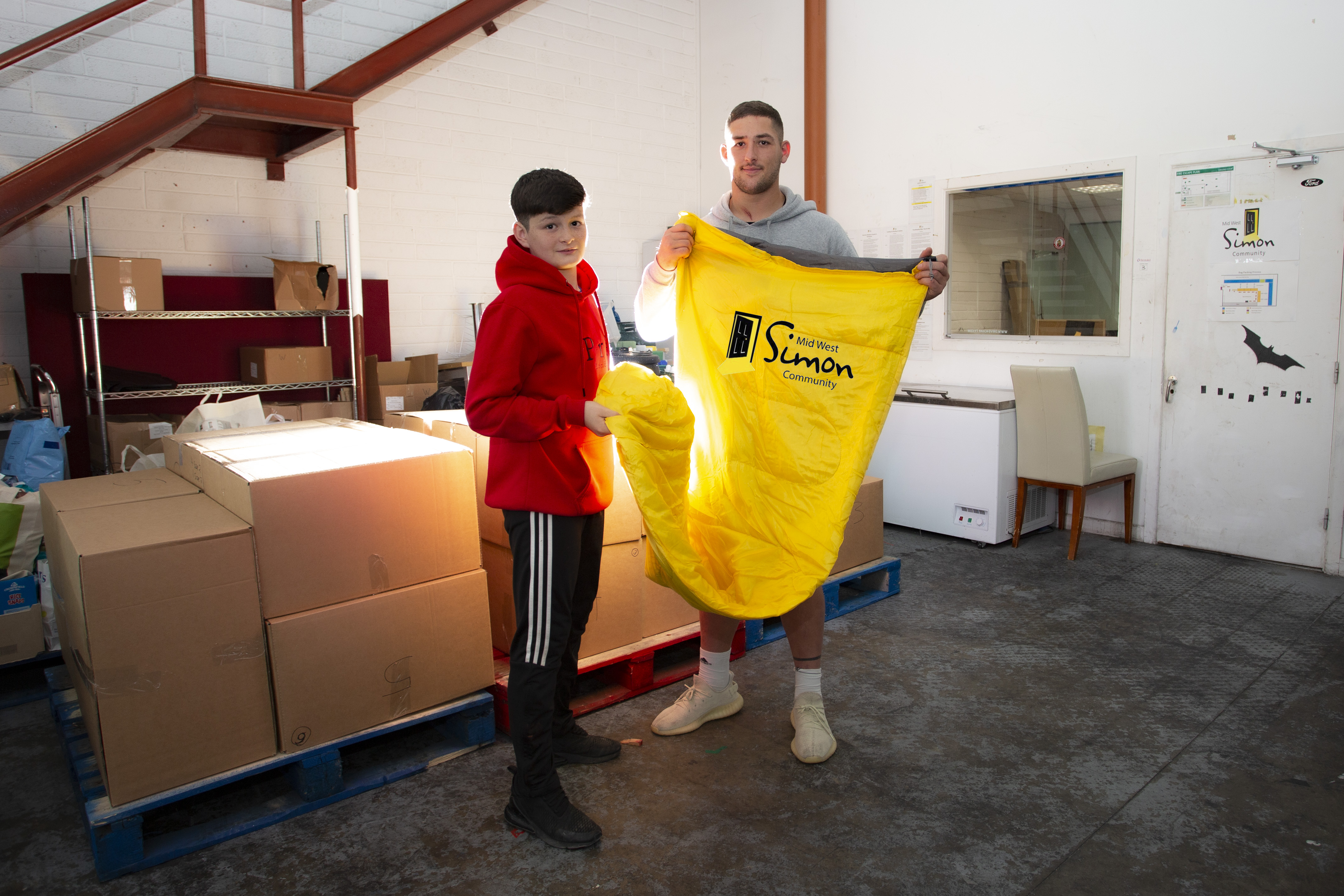 The event will see around 50 participants sleep out overnight in an effort to raise €1000 to help support homeless people in the region.

Munster Rugby Player and Mid West Simon Ambassador, Dan Goggin will be attending on the night, along with other Munster Rugby players such as Connor Oliver and Joey Carbery.

Mid West Simon Community Fundraising Co-Ordinator, Kieran says that the sleep out is growing in success ever year.

“It’s building year on year. The nature of the sleep out is you try and get as many people to take part as possible but the really important part is raising funds,” Kieran says

“People don’t necessarily have to sleep out. They can donate to or sponsor someone else who’s doing it. The big thing is to get behind it and support people who are actually doing it,” the Fundraising Co-Ordinator continues.

Those sleeping out on the night can take part in a kicking competition led by Dan Goggin, enjoy a tour of the stadium and network with other local businesses. There will also be live music and refreshments.

Kieran says that participants will also get to hear real life accounts from individuals that Mid-West Simon Community has supported, including a young girl who is sitting her Leaving Certificate this year.

“It’ll be interesting for people that wouldn’t normally hear the real stories. We all read about things in the media but it’s very rare that you’ll hear people giving a really frank and honest account about what it’s like to be homeless,” Kieran explains.

“They’re all real life cases that people can actually relate to and they will be interviewed on the night by Liam Toland” who is a former rugby player who works for Eir Sport.

Famous faces such as players from the Shannon Rugby Club will also be taking part in the sleep out.

The Mid-West Simon Community’s 2020 calendar will be launched on the night, which features images of Munster Rugby players alongside their dogs.

Speaking about the calendar, Kieran says the inspiration for it came from “the amount of homeless people whose only companion is a dog”. The calendar will be available to purchase at midwestsimon.ie, local Hook & Ladder restaurants and at the Milk Market.

Kieran says there will be approximately 50 people sleeping out at Thomond Park in aid of Mid-West Simon Community, but says that people can still get involved.

“People can come right up until the last minute. Thomond Park has been very accommodating so if people want to come and raise money they’re more than welcome.

“Even if people don’t want to take part or aren’t available on the night, they can just go onto our website and donate there. If they know any of the people taking part, most of them have iDonate.ie pages up on social media,” Fundraising Co-Ordinator Kieran says.

Contact Kieran directly on 087 2970510  or kieran@mwsimon.ie with any queries or to book a place.