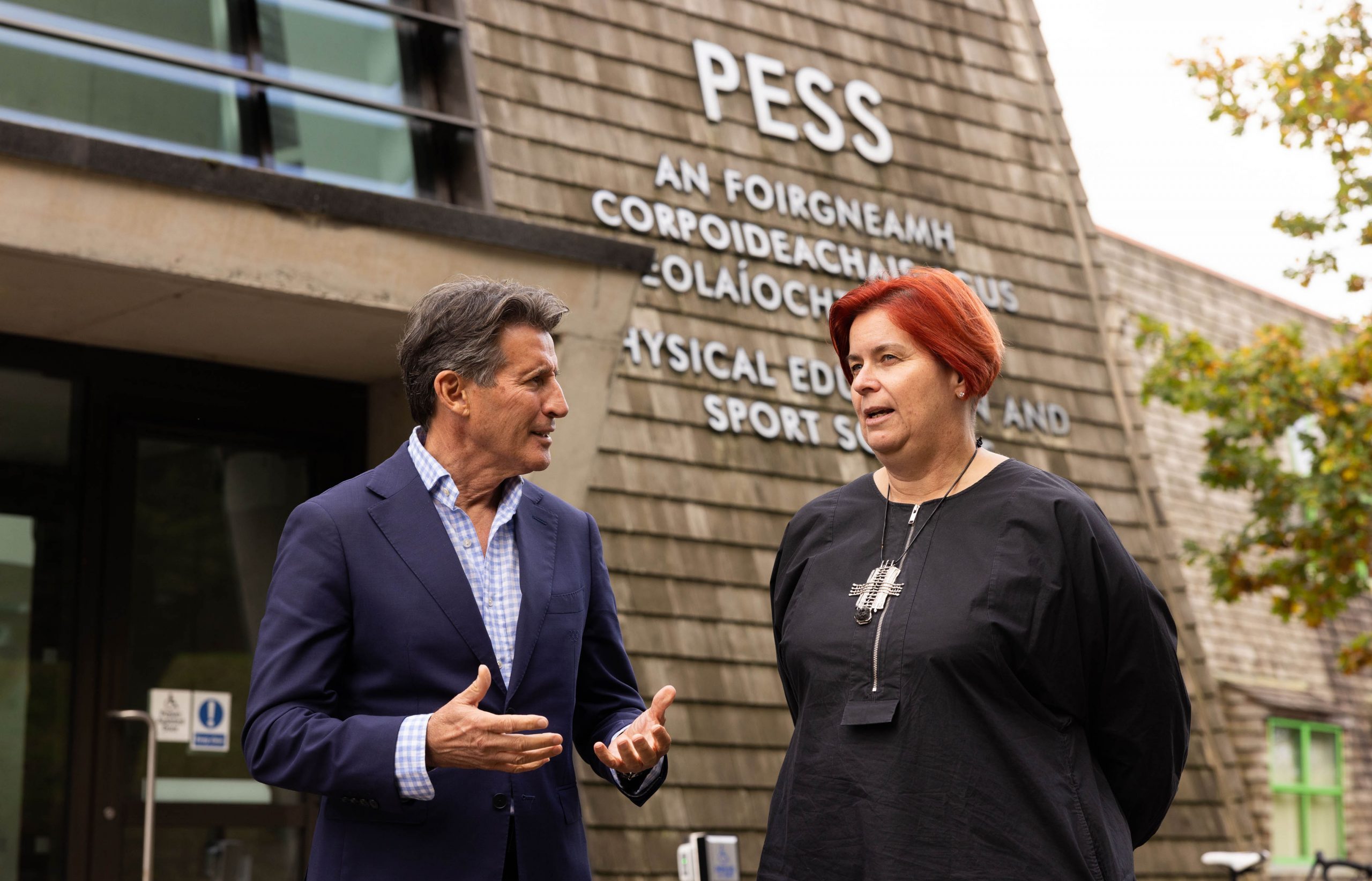 During an intimate, discussion-based interview led by Pierce O’Callaghan, Head of Competition Management of World Athletics, Lord Coe spoke about his early days as an athlete and the records he set during his career. He initially established his reputation as one of the greatest middle-distance runners of all time, having won two Olympic gold medals and breaking nine outdoor and three indoor world records.

Lord Coe also spoke candidly about his connections to Ireland through his Irish grandfather and the four-mile road race he ran in Loughrey in 1978.

He touched briefly on his time as an MP for the Conservative Party back in the mid 1990s and his aims and achievements since becoming President of World Athletics. From wanting to see gender balance in sport and more women in higher sporting positions, to a zero-tolerance stance on Russia’s war on Ukraine, Coe outlined an intention to maintain his values as he carries out his presidency.

Lord Coe is currently in his second major leadership role, having previously served as Chair of the Organising Committee for the London 2012 Summer Olympics. He is currently sitting his second term as President of World Athletics.

Long-time friend of the late Pat Duffy, Dr Liam Moggan MC’d the event, along with a range of speakers including UL President Professor Kerstin Mey, who, in her opening address, referred to Lord Coe as a “sporting icon, an inspiration and a role model”. She went on to describe Coe as “a shaper of sports today and for the future”.

Vice President for Research at UL, Professor Norelee Kennedy, and Associate Professor Drew Harrison were amongst the speakers that followed Lord Coe’s interview. Professor Kennedy stated that ‘research excellence and bringing people together’ played a significant role in the formation of the new Sport and Human Performance Research Centre (SHPRC), and highlighted the importance of Lord Coe’s presence as they launched the centre.

Professor Drew Harrison added that the new centre had ‘been evolving over a ten-to-twelve-year period’. He went on to say, “The new centre provides a platform for researchers who are interested in sport and the broader human performance area. The goal of the SHPRC was to encourage researchers to actually come together to collaborate with people abroad and to create a larger network of researchers both within UL and abroad.”