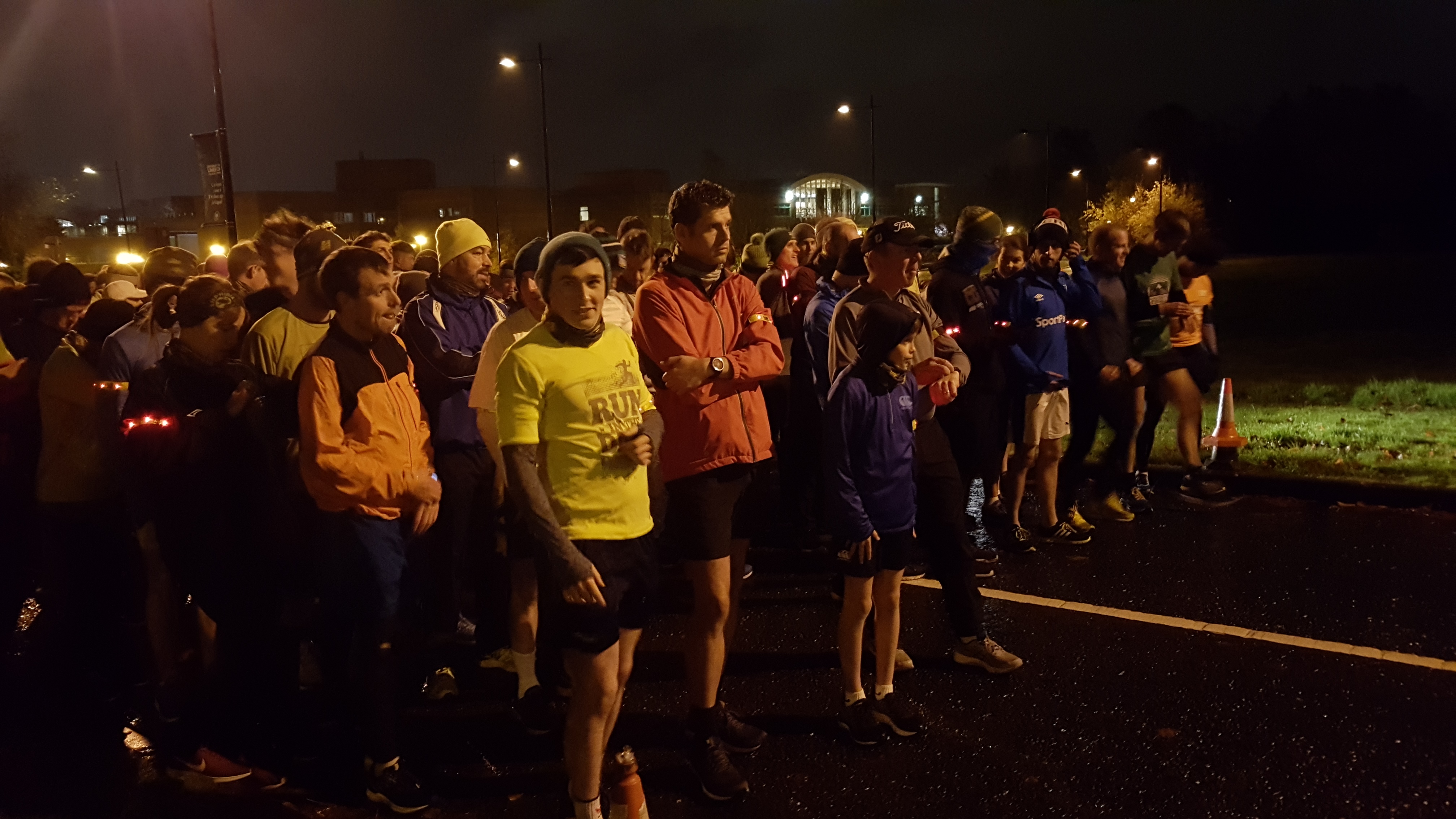 A record-breaking 300 runners took part in Limerick’s Run in the Dark race on Wednesday evening last.

The race which is held at the University of Limerick raises funds for the Mark Pollock Trust which aims to find a cure for paralysis.

Organiser of Run in the Dark Limerick, Edel Henriques says the race is “one of the highlights of the running calendar in Limerick, not just because of the unique experience, but also due to the important cause powering the event”.

Participants could choose between a 5 kilometre or 10 kilometre run which kicked off at the UL Boathouse and brought them along the River Shannon.

Runners were asked to donate €25 to participate in the run and were given a T-shirt, a buff and an armband light to prepare them for a dark and cold run in the rain.

People of all ages turned up to the Boathouse, warming up and socialising before beginning the race.

One of the participants, John Shier said it was his “fifth year supporting this cause: three times in Dublin and twice here in Limerick”.

Another runner, Joan Murphy said she was there “to keep fit” but also “because it’s for a good cause”. Joan and her friend Bernie were taking part in the 5 kilometre run and both expected to “have a great night”.

For Allie Hogan O’Curry, Wednesday evening’s race was her “second time doing the run and I am here to support this marvelous charity and all the great work they are doing.

“Even on this wet and rainy, wintry night it’s great to see many people out,” she added.

CEO of Run in the Dark, Paula Cunniffe, says the race aims “to inspire people to build resilience and collaborate with others so that, together, they achieve more than they thought possible”.

Limerick was one of 50 cities that hosted the Run in the Dark event, with over 25,000 people taking part worldwide to raise money for the Mark Pollock Trust.

Mark Pollock is a renowned motivational speaker who inspires people to build resilience and achieve their goals through talks, mini-documentaries and media appearances, among other initiatives.

After suffering blindness in 1998, Pollock became an adventure athlete, including being the first blind person to race to the South Pole.

In 2010, due to a fall, he broke his back and the damage to his spinal cord left him paralysed.

“As I lay in hospital for 16 months, digesting the impact of my accident, I was physically and mentally broken. With the help of so many people around the world, I have established a new life living with blindness and paralysis.

“My goal is to participate in finding the cure to paralysis in our lifetime,” the inspirational athlete says.