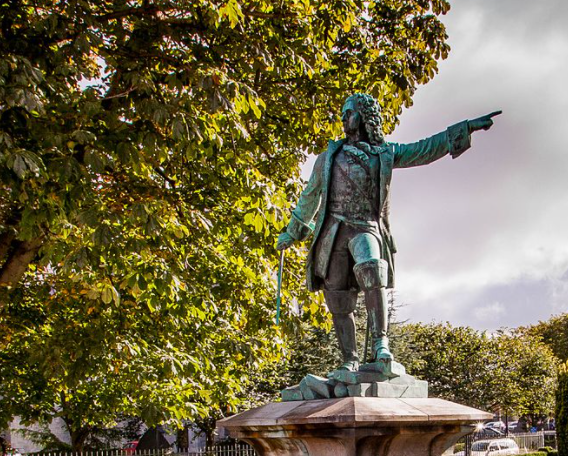 Limerick campaigners are hopeful new leads will result in the discovery of the remains of the 1st Earl of Lucan and have him returned to the Treaty City.

Patrick Sarsfield is cited as being the driving force behind the removal of William of Orange from Limerick and the subsequent lift of the Siege of Limerick which took place in 1690 and again in 1691, leading to the Flight of the Wild Geese.

“Patrick Sarsfield being both a national and a local hero who courageously fought to protect the city on two occasions, finding his remains and repatriating them to Ireland would be a historical event”, says Loïc Guyon, the Honorary Consul of France and co-lead of the ‘Sarsfield Homecoming Project’.

“It would give the inhabitants of Limerick an opportunity to pay their respects to this brave man whose name is forever associated with the city”.

Following the signing of the Treaty of Limerick in 1691, which Sarsfield contributed to, Sarsfield went into exile in France and enrolled in the French army.

He is later reported to have died and been buried on the grounds of Saint Martin’s Church in the Liege Province of Belgium.

By virture of the structure no longer existing, historians have been unable to recover his remains.

The ‘Sarsfield Homecoming Project’ was launched last October and believes they may have uncovered new evidence that could lead to the discovery of Sarsfield’s remains.

“We have identified the site where we believe he was buried and are currently negotiating with the local authorities of the Belgian town of Huy to gain access to that site in order to carry out an archaeological dig.”

“In the meantime, we are gathering information about descendants of the Sarsfields from whom we could obtain a DNA sample in order to identify the remains we are hoping to find”, says Guyon.

Guyon is joined by his co-leader, the CEO of Limerick Trust, David O’Brien on this mission to recover the remains of Sarsfield and have them returned to Limerick.

The remains are yet to be discovered but there is hope that once they are, they may be relocated to Limerick for burial.

“Our plan is to find his remains and repatriate them to Ireland. Our hope is that his remains could be brought back to Limerick in the first place but the decision as to where he should be buried is one that would probably have to be taken by the Irish government in consultation with the various stakeholders”, says Guyon.