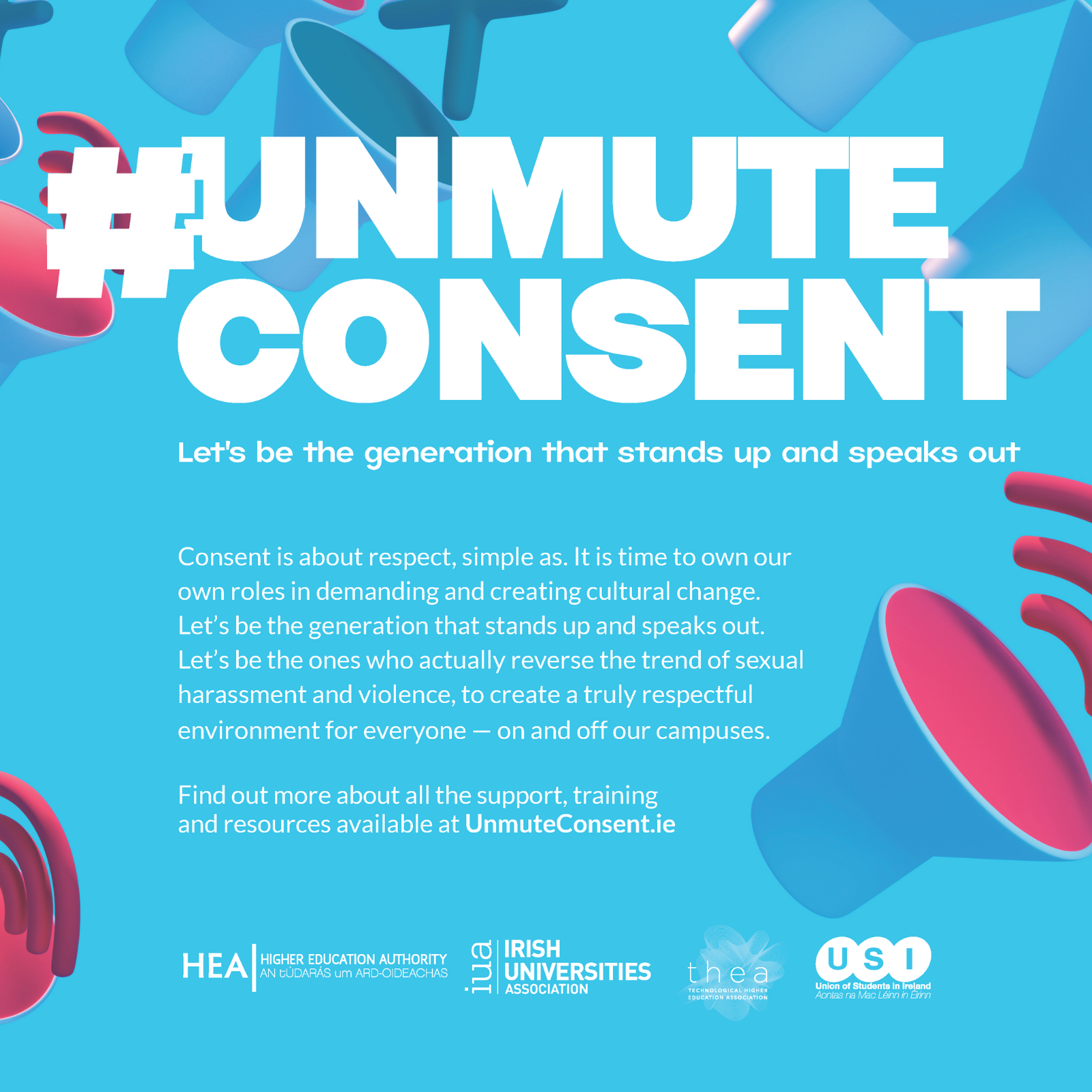 As students, once again, walk through campuses nationwide, they are being encouraged to ‘unmute consent’ in a campaign set up by higher education institutions.

Sexual violence and harassment are a major problem on higher education campuses and is under-reported.

The Union of Students in Ireland and Active* Consent Programme 2020 survey, with 6026 student respondents, identified significant evidence of unwanted sexual touching, attempted, or completed penetration, acts of coercion, and force or the threat of force.

To combat this, higher education institutions launch the #UnmuteConsent campaign to drive a positive conversation on consent and to end sexual violence and harassment.

Clare Austick, President of the Union of Students in Ireland, said:

“It’s really positive to see a national campaign being rolled out in higher education institutions to raise awareness and build a culture of active consent among students on campuses.

“There have been many developments over the last few months in the areas of consent awareness and ending sexual violence and harassment on campuses, but we are still a long way away from fostering a zero-tolerance approach.”

A culture of consent

Several tips have been outlined on the Unmute Consent website about how to promote and foster a culture of consent.

This includes speaking out and reporting unacceptable behaviour, challenging perceived norms, talking about consent and practicing consent in relationships and interactions.

The campaign aims to reduce this feeling of awkwardness regarding the subject of consent and to normalise unmuting the conversation to reduce sexual assault on our campuses.

“Since my appointment, I have worked with student representatives, staff representatives and our higher education institutions to ensure there is a zero-tolerance approach to sexual violence and harassment.

“I am pleased that our students and management are working together to create a safe environment for all and to ensure that victims of sexual violence and harassment feel safe to come forward.

“We have to be leaders in this field. We have to change the culture on every single campus, and we will.”