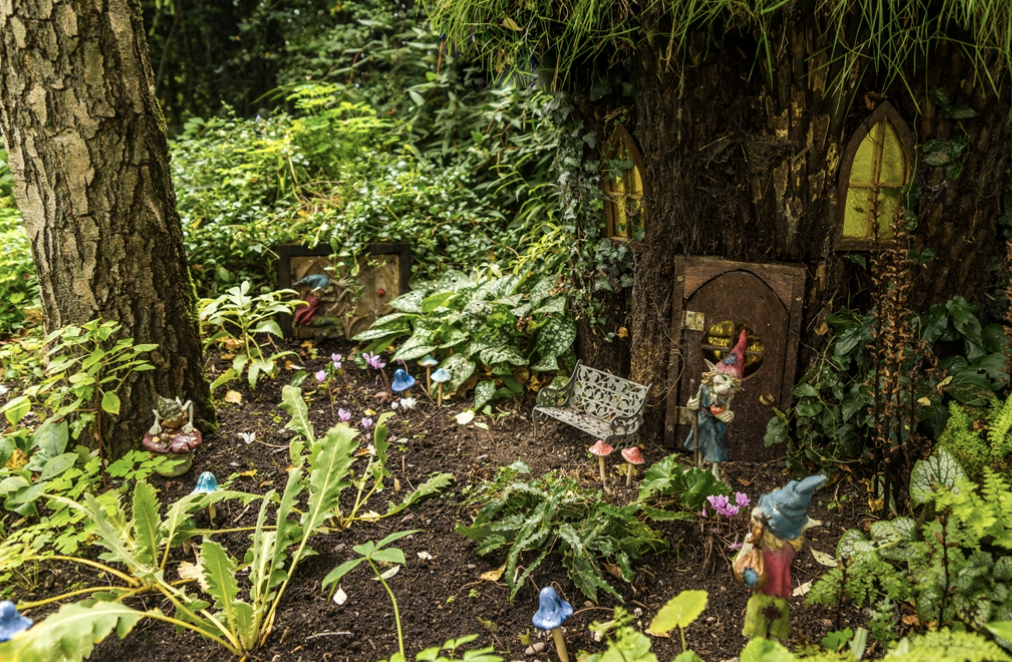 Terra Nova Garden, located in Kilmallock County Limerick, and home to a private magical garden filled with lush exotic flowers and plants has interested people from all over the world, winning the “Most beautiful garden in Ireland” award for a number of years running.

Although Terra Nova’s imaginative features, ingenious use of space, as well as natural wildlife has called on many to visit; the biggest selling point to many is that it harbors and is home to “magical elemental beings” within the garden, what we know of in movies and fairytales as “fairies”.

Behind the garden implanted for thousands of years before the garden was built is a “fairy fort”–the fort in definition being the remains of stone circles, ring forts, hill forts, or other prehistoric dwellings in Ireland.

When speaking to Mike Connolly, the son of the owner and creator of Terra Nova Garden as well as a active member of working in the gardens, Connolly said:

“Although some may view us as crazy, every person who has been to our garden has felt a unexplainable magical ‘vibe’ in our space. My dad over the years has told me so many amazing experiences he has had with the fairies, him seeing “small ethereal” flashing lights at night or hearing small whispering voices, laughing, or singing in the gardens.

“There is another story he told me when I was young that when he was walking around the forest at night and walked past the fairy fort, he was completely lost for hours and could not find his way back home.

He lived in that area for years, so the chance of him being lost for several hours is close to impossible. My dad told me since the fairies are so protective of their home and do not want people to trespass, sometimes they make you get lost, just to protect themselves”.

Fairies, usually described as human in appearance and having magical powers have been recorded for centuries, being known as kind but also mischievous creatures.

Some common characteristics that have been recorded are playing pranks on humans, stealing small items or leading travelers astray, as well as making “contracts” with humans if they help with your garden.

Usually these creatures are willing to help your garden flourish but at a price, usually in exchange for small goods or offerings.

Although a lot of these characteristics deem negative fairies overall are a very positive omen, their purpose being to help nature and wildlife prosperly “flourish”.

At Terra Nova Fairy Garden they not only make small offerings to the fairies but base their whole garden attraction around them, having home-made fairy houses around the garden as well as statues in their honor.

When the attraction is done they also have a “Fairy Gift Shop”–carrying products ranging from Fairy homes, statues, small tea party sets for the fairies to use, fairy dust, and much more.

Mr. Connolly stated:, “Although we do work extremely hard on the garden all year round, I do believe our honoring of the fae realm has something to do with our plants flourishing and growing so effortlessly, as well as there being an unexplainable feeling of euphoria and magic in the air.

“Although we are only open during the summer months and it is currently winter, everyone should visit the gardens and feel for themselves what makes it so different and magical, it being an escape from everyday life”.

Whether a believer of the supernatural or not Terra Nova Gardens is not only a main attraction for young kids but also adults–the beauty of the gardens bringing individuals from all ages together.