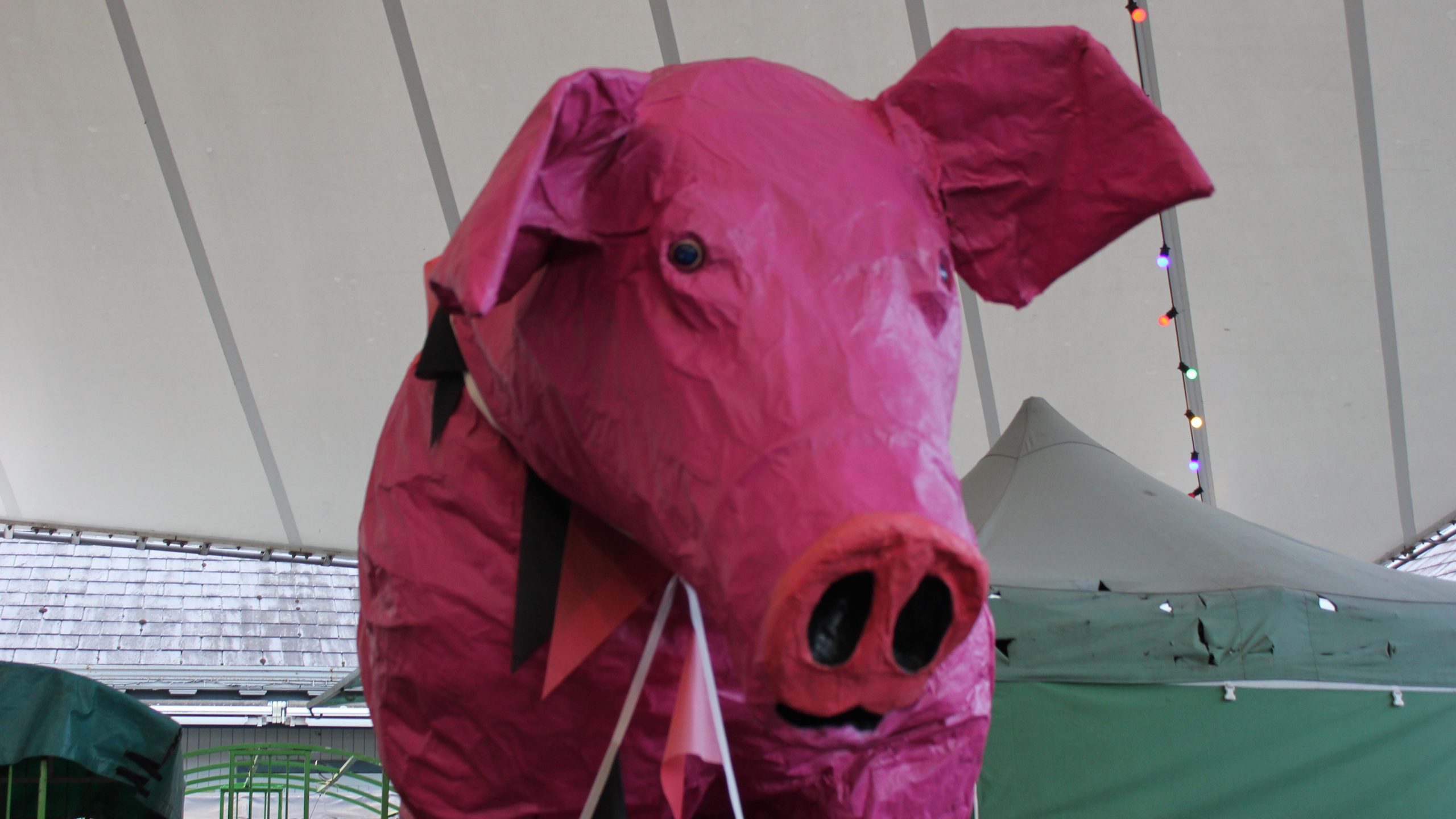 Back for the first time since 2019, the Limerick Pigtown Parade and afterparty returns on Culture Night.

Limerick Culture Night saw the return of the Pigtown Parade. The group gathered in Bedford Row at 6 pm with their floats and costumes in preparation for the night. Face painting and live music was at the start of their itinerary, followed by their parade through the city streets with a Giant piggy float, a marching band, butchers and more.

Pigtown Culture and Food Series is organised by the Limerick Food Group CLG as a voluntary non-profit organisation. The group is committed to promoting Limerick city and county as a food capital and putting it on the map as a hotspot for all things culinary.

The parade came to an end at the Milk Market where the party had already begun. The Pigtown afterparty took place here with free admission, a petting farm, mask-making workshop, hot food and craft stalls, live music and more.

Finally, on Nicholas Street, Dan Skyes of Springfield Castle, Keith Pigott and Stephen Cunneen of Treaty City Brewery joined the party where the Pig’n’Poke commenced in the Medieval Quarter on King’s Island. An array of food was served to suit all dietary requirements in the celebration of Limerick’s food culture.

Each year the Pigtown Festival holds free cookery demos in the Milk Market on Saturday mornings by guest chefs. Other events can be found throughout the city such as historical talks and walks on Limerick’s rich food history and in hotels and restaurants, Pigtown specials can be found.