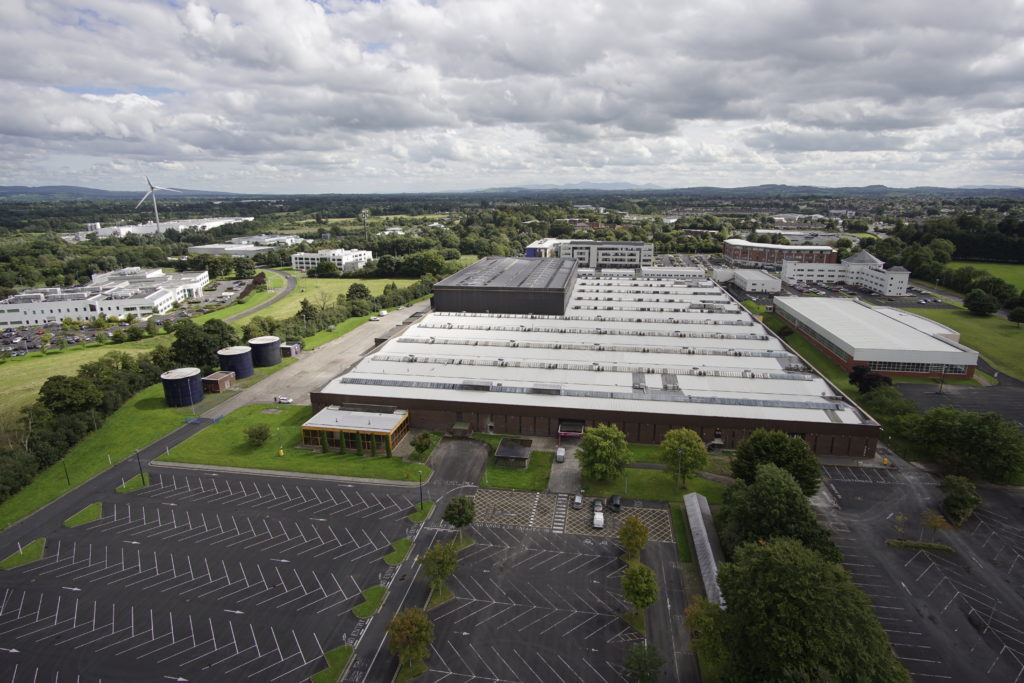 Troy Studios, a 350,000 sq. ft film and television production facility in Castletroy has been sold to two major US investment firms.

Limerick Twenty Thirty this week confirmed the sale of the building, which is the largest TV and Film Production studio complex in Ireland, to new owners Hackman Capital Partners and Square Mile Capital Management.

The joint venture purchased Troy Studios last year, and now, following the conclusion of a lease agreement with current site owners Limerick Twenty Thirty, the two US companies have finally acquired the facility.

The entity tasked the Castletroy site as its first project after purchasing the former Dell factory in October 2015, using a loan from Limerick City and County Council. Troy Studios took over the derelict site in 2016 and transformed it into a usable space for film production.

The project proved a major success, creating 320 jobs and generating €122 million for the Irish economy after it’s first production, ‘NightFlyers’, an American sci-fi series. The series delivered an estimated €53 million in spend over 9 months, with €4.5 million spent on accommodation in Limerick.

The joint purchase of the studios by the US firms required Limerick Twenty Thirty to pay down the outstanding portion of its loan to Limerick City and County Council, with interest paid to the local authority. The successful conclusion of the finance arrangement will allow Limerick City and County Council to repurpose this loan for other projects, such as the renovation of authority housing.

Mr Conway added, “This has been a really successful partnership. Firstly, Limerick City and County Council put its trust in Limerick Twenty Thirty by lending it the money to acquire and develop the site. Then Troy Studios came on board to provide meaningful employment in a really exciting sector with huge economic impact for the city and region. It also delivered huge reputational gain for Limerick, as well as a confidence boost – it proved what can be achieved if you have the vision, ambition and the courage to go after it.”

Find out more about Limerick 2030.