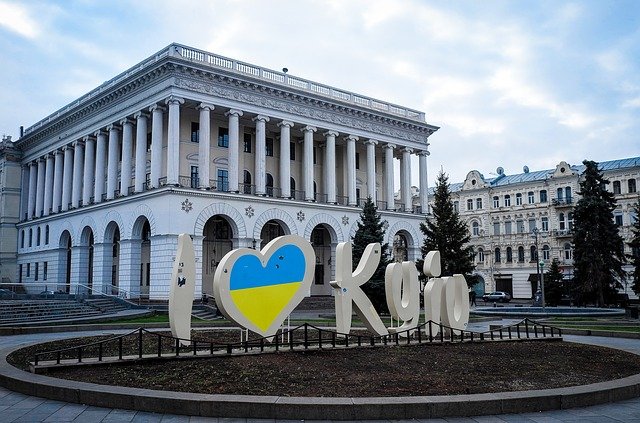 Russia has officially invaded Ukranian capital Kyiv in the early hours of Thursday morning and began bombing all airports and military bases, with tens of thousands of Ukranian citizens now fleeing their homes.

It has been reported this morning that over 137 people are dead and hundreds more are brutally injured, with both heavy airstrikes and air raid sirens wailing overnight.

Ukraine has now banned men from 18 – 60 years old from leaving the country, with US Intelligence fearing that Kyiv could fall ‘within days’ to Russian forces.

The violent conflict erupted due to an accumulation of factors, one being Ukraine’s prospective joining of the North Atlantic Treaty Organisation (NATO), which Russian President Vladmir Putin censured.

There are ongoing tensions between the two since 2014 whereby Russia illegally annexed the Republic of Crimea and the Ukranian city Sevastopol, as well as a fraction of the districts Donetsk and Luhansk, which are still being occupied currently as the Russian Federation’s Southern Military District.

In total, before yesterday’s invasion, Putin subjugated 7.2% of Ukranian territory.

We spoke to University of Limerick (UL) student Dylan Goodman, who arrived home from Western Ukraine on the 14th of February as a Limerick Voice exclusive:

“I think there is a lot of comparisons that can be made between Irish and Ukranian people – we are both historically underdogs.”

Mr Goodman had taken a trip to the Ukranian city of Lviv, where he said things “were already quite tense” this time two weeks ago.

“I think as Irish people, we have to stick up for the underdogs and help in any way we can,”

“We’ve both suffered at the hands of our larger, greedy [geographical] neighbours – they talk about the Russians the same way we talk about the British, whereby both suppressed our languages and caused famine,” he commented.

Since 2014, 15,000 people have died as a result of the consistent clash between Ukraine and neighbouring Russia, while more than 1.5 million have been forced to abandon their homesteads.

A 90 day military mobilisation has been issued by Ukranian President Volodymyr Zelensky to defend against Russian attack.

Ukranian citizens are now seeking refuge in underground metro stations, while Russian people are getting arrested for protesting against the Putin regime.

Limerick Sinn Fein TD Maurice Quinlivan addressed the conflict at an unrelated event last night, saying “I am sending my deepest thoughts to the people of Ukraine and to the Russian people who, I believe, don’t want to be at war with their neighbours,”

“It is a very difficult situation that the world and Europe has found itself in today.”

If you want to donate to the Ukranian military aiming to defend their country, click here: https://savelife.in.ua/en/donate/