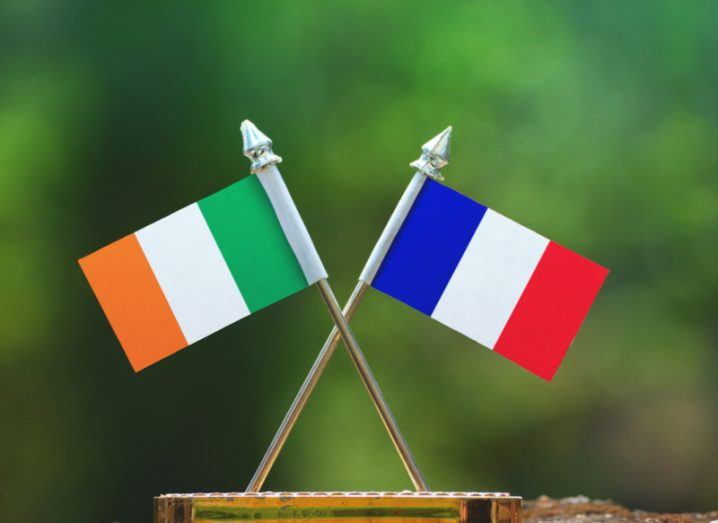 The French Embassy in Ireland hosted a talk between the first female president in Britany and Ireland.

French Ambassador to Ireland, Vincent Guerard, says he wishes to strengthen relations between universities in Ireland and France in the context of Brexit.

President Kerstin Mey of the University of Limerick is the first female university president in Ireland.

President Virginie Dupont of the University of South Britany is the first female university president in the French region of Brittany.

There were four main topics of debate; the impact of Covid-19 on universities, women in leadership, Brexit, and vision for the future.

Both Presidents said Covid-19 had provided opportunities as well as challenges for universities.

“What I can say is the most striking, the most impactful with this pandemic is that what we have been observing amongst our students is that all the inequalities we could see before are strengthened, are deepened through this pandemic,” she said.

While President Mey said, Covid-19 had opened new ways of work and learning.

“I think it has also highlighted that expertise is mobile and what we have learned in the pandemic is that it has been possible to bring in external experts into the classroom in the virtual space,” she said.

On the importance of Higher education, Kerstin Mey said that the creation of a new department for third-level education shows that Ireland is prioritising higher education.

She added that Higher education was necessary for the future of Ireland’s society.

“It is absolutely vital for Ireland to develop as a knowledge society to keep pace with the scientific and technological process but not that alone, to inform the shaping of a society that is fairer and more prosperous,” she said.

She said that Universities in France are all public universities, with fees costing €170 annually.

“So, I believe that all students that want to can access university, it’s a very open vision really,” she said.

President Dupont says that in her career, she had to learn to have faith in her abilities.

“After thinking about it I thought well if they thought of me, it must mean I can do the job,” she said.

President Mey said there is an expectation on women to change universities.

“There is an expectation from the campus community that as a woman in the lead position that you do things differently,” she said.

President of the Britany Region, Loïg Chesnais-Girard spoke at the end of the debate.

He echoed both presidents in wishing for a stronger friendship between universities in Brittany and Ireland.

“I will use all my energy to make sure we can reinforce and boost the relationship between the two universities so that our youth can acquire skills to have a future and prepare their ability to hold their future in their own hands,” he said.