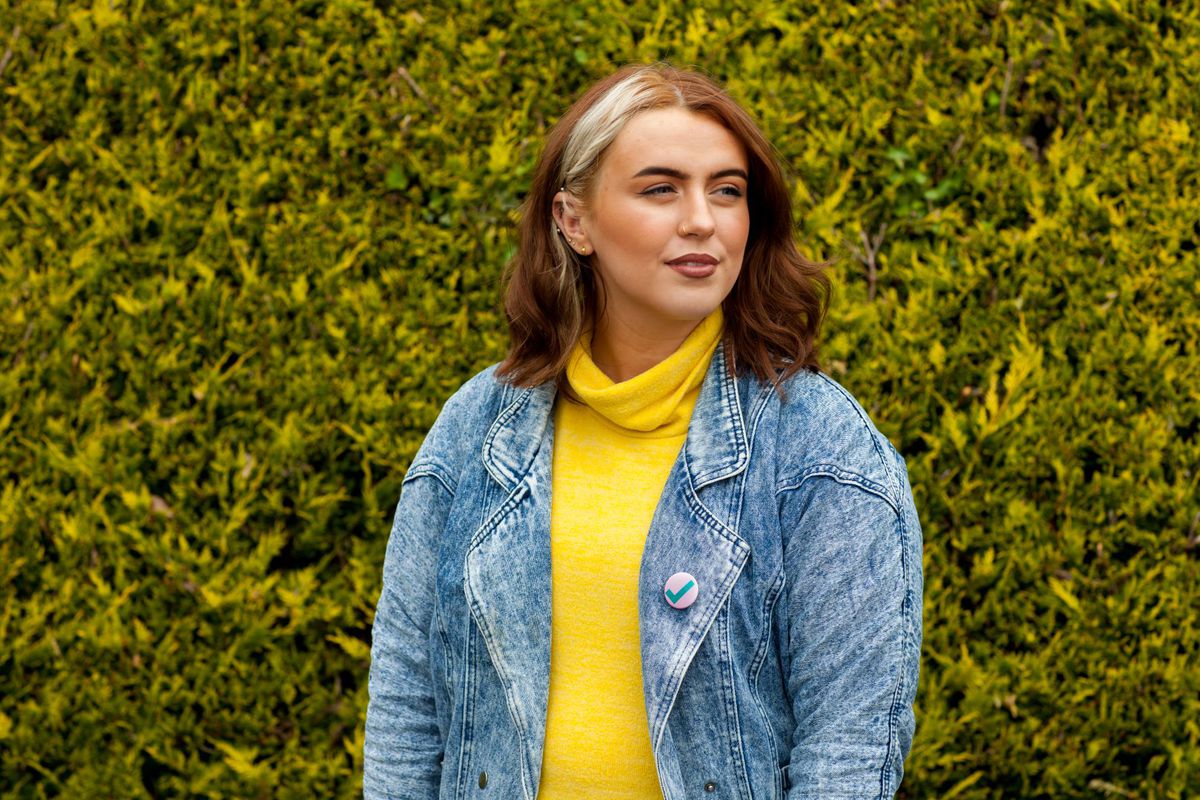 University of Limerick alumni Clodagh Guerin has been nominated for a Woman of the Year award.

The English and History graduate has been nominated in the Rising Star category of Goss.ie’s Women of the Year awards for her work in setting up Anytime of the Month, an organisation which aims to raise awareness and alleviate the effects of period poverty.

Speaking to the Limerick Voice about the organisation Clodagh said: “I founded Anytime of the Month in 2019. The initiative then joined the Enactus network and received both national and international attention!”

“Anytime of the Month is run solely by the most amazing student volunteers, who are passionate about not only advocating for change, but also actively working to achieve change too.”

ATOTM organises education workshops in schools, universities, and workplaces across the country after which they pledge to provide free period products in their bathrooms.

The organisation has also created a network of friendly strangers who wear their logo to symbolise they can be approached by someone in need of a period product, such as a pad or tampon.

Speaking on finding out she was nominated for the award Clodagh said: “I found out like everyone else- when the nominations were announced! No one was more shocked than I was! To be honest, it took a while to sink in.”

“Imposter syndrome is something I really struggle with. There are a lot of barriers at play that stop women in particular from being recognised for their work and achievements, as well as even acknowledging these achievements themselves. However, I am pleased to say that, after extensive cajoling from friends, family and colleagues, I have done my best to push these feelings of imposter syndrome aside.”

She added: “Above all else I feel so honoured and deeply humbled. I am in awe of my fellow nominees across all categories, and it really is surreal to see my name among them.”

The 23-year-old is now undertaking a PHD in English in the University, alongside working for JumpAgrade another social enterprise, who aim to help students with online academic support at second level in Ireland.

Speaking to the Limerick Voice about the awards Goss.ie founder and CEO Alexandra Ryan said: “This is the first year these awards are taking place, and it was very important to me, from the beginning, that we highlight women who are up and coming, especially those trying to make a difference.”

“Clodagh is the perfect example of a young woman using her talents to help other women with her company Anytime of the Month.”

“Being a founder so young, and creating a business with such an inspirational purpose made her the perfect nominee for our Rising Star category,” she continued. “It is fantastic to see a student-led enterprise focused on period justice. All the judges felt she is really at the beginning of her journey but already she has made such an impact.”

Women’s Aid are the official charity partner of the awards, and a charity raffle will take place on the night in aid of the charity.

The Women of the Year awards take place on October 9th 2022. Find out more on Goss.ie.