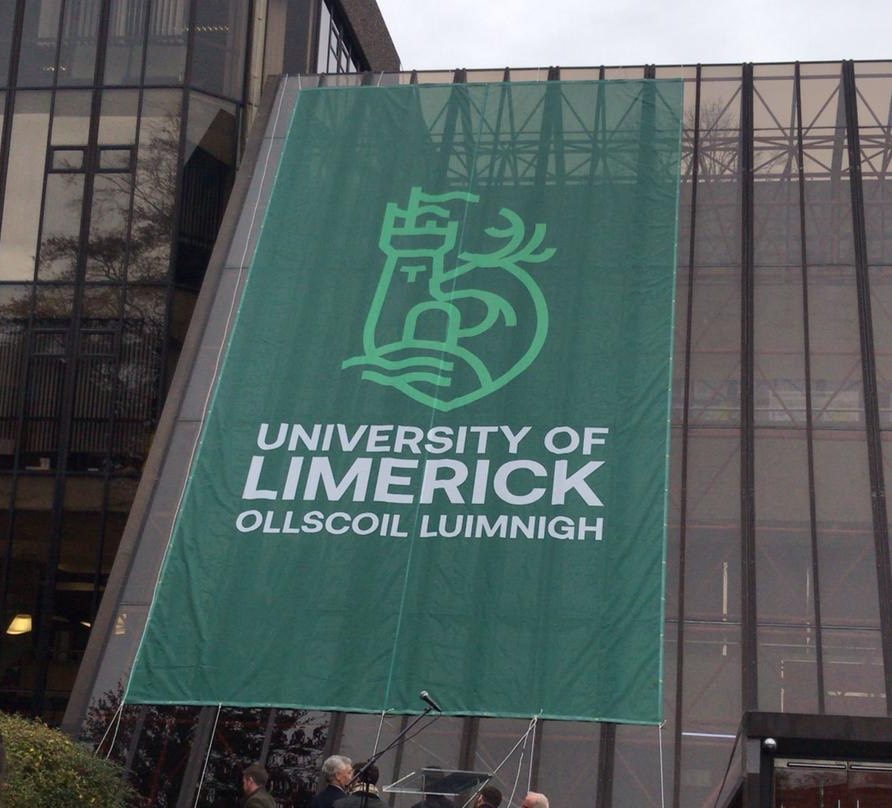 The University of Limerick has unveiled its first brand refresh since 1989.

The refresh includes a reimagining of the logo, and was unveiled on the campus by UL president Dr Des Fitzgerald.

The project – which was run through a procurement tender process – has been valued at €100,000 and sought input from over 2,000 staff, students and alumni.

“This exercise brought into focus our rich heritage, history and set them side by side with our ambitions for the future,” said the UL President.

The President went on to say that this new identity for UL would provide “a new way of looking at ourselves together with confidence, boldness, ambition and integrity.”

Elements of the previous logo including Limerick’s King John’s Castle and the Tau cross of Clare have been retained, while the new iteration will include symbols such as UL’s iconic flagpoles, and the Shannon River.

A spokesperson for the University of Limerick said that these new elements have been introduced to “reflect the campus and the natural world and as modern symbols that are immediately recognisable as associated with UL.”

The green colour of the logo has been drawn from the original heraldic crest of UL which was awarded to the university in 1972 by the Chief Herald of Ireland and will continue to be used for ceremonial purposes and on degree parchments.

One of the fonts used in the new logo drew inspiration from the ‘Limerick demands a university’ sign which was widely used during student-led marches in 1969.

“University of Limerick was established through the power of the people of Limerick and the wider region who campaigned for a university and the commitment and hard work of many thousands of staff that followed,” Dr Fitzgerald said.

“This pioneering spirit continues today as we inspire learning and exploration that makes a difference to our world,” he added.

However, the re-brand has been met with some criticism, particularly from some of the university’s students.

An online petition has been set up demanding that the re-brand be repealed.

It also criticises the university for spending €100,000 on the re-brand, “rather than on more prominent issues raised by the student population”.