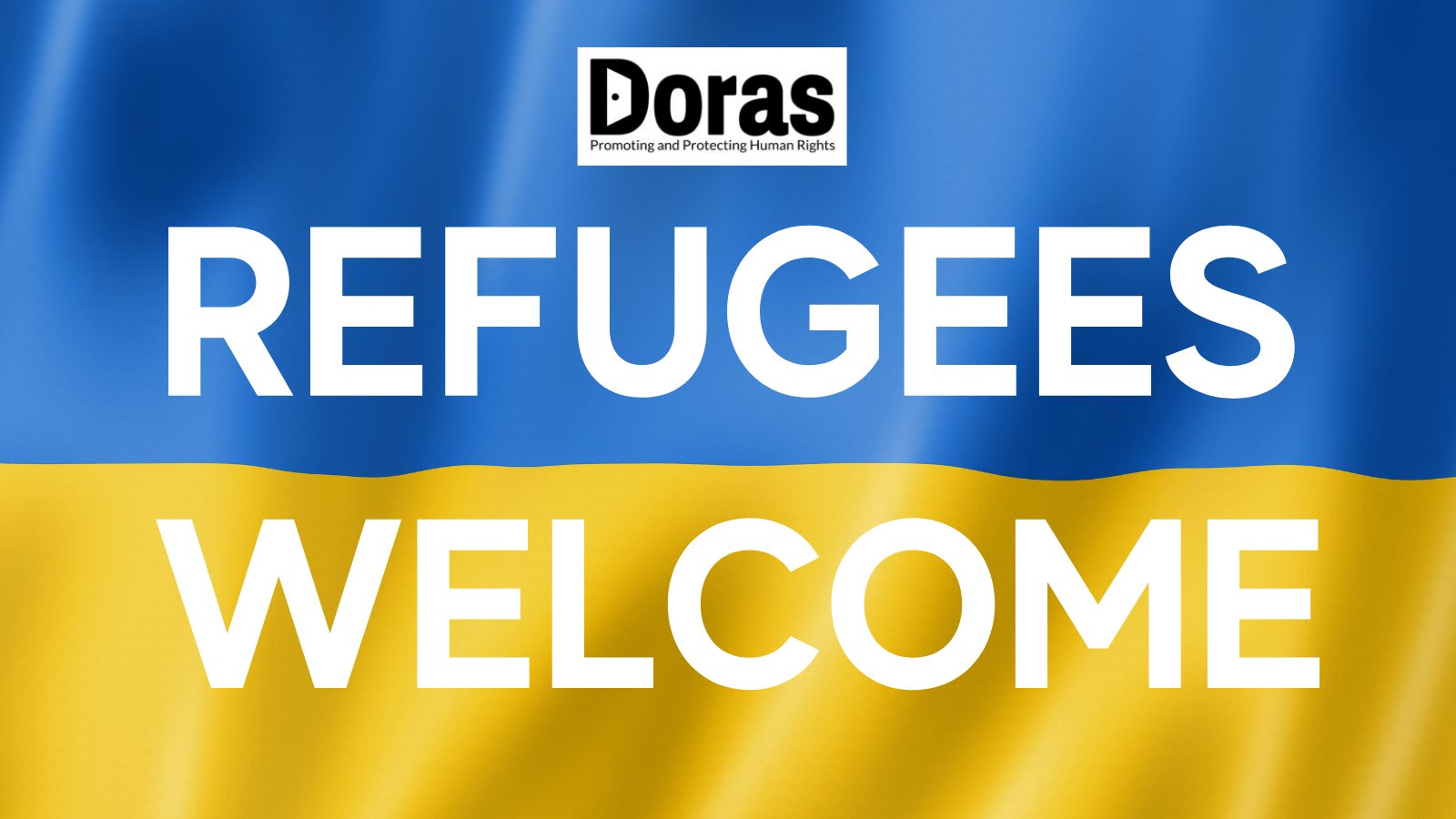 John Lannon, the CEO of Limerick-based charity, Doras, says more work needs to be done to welcome Ukrainian refugees in Ireland and calls for a whole government response on the issue.

The migrant and refugee support organisation welcomes the Irish governments plan to place a temporary protection measure for people fleeing from Ukraine.

The plan is based on an EU agreement which will activate a Temporary Protection Directive.

This will allow those displaced from their country, due to the ongoing war, to temporarily reside in Ireland for a minimum of one year, with the possibility of extending this stay for up to three.

“We have waived any requirement for visas for Ukrainians to come into Ireland, and they’re going to get effectively a special refugee status when they get here for three years to be able to work and live here effectively as EU citizens,” Minister for Foreign Affairs Simon Coveney has said.

Currently, over half a million Ukrainian people have fled the country in a matter of days. This number is expected to rise as conflict continues between Russian and Ukrainian forces.

Much of the country’s refugees have fled to neighbouring countries such as Poland, Hungary and Slovakia but, in time, Doras believes that many of them will seek solace in Ireland.

Up to 20,000 refugees fleeing the crisis in Ukraine could be relocated in Ireland, Simon Coveney has said.

“We hope there will be a whole of government response to ensure suitable accommodation is available for Ukrainian refugees on arrival, and that basic needs such as access to healthcare, social welfare and education are provided for,” John Lannon stated.

The Doras CEO urged: “We must do all we can to offer the hand of friendship during Ukraine’s hour of need”.

According to the charity, they have been inundated with offers of support from the Limerick and Irish community.

Lannon has encouraged members of the public to donate to the international relief efforts and to, “offer friendship and practical supports to all migrants, refugees and asylum seekers who may need it.”

“When we look at our own history, it is the least we can do,” he continued.

The Minister for Foreign Affairs said:

“I think in truth, if we’re going to be able to accommodate the numbers that are expected to come here we’re going to have to go beyond providing State provided accommodation, it will probably have to involve families as well, who are willing to open up their homes to Ukrainian families for a temporary period of time.

“But this is a this is a war effort. So the norms need to get set aside.”