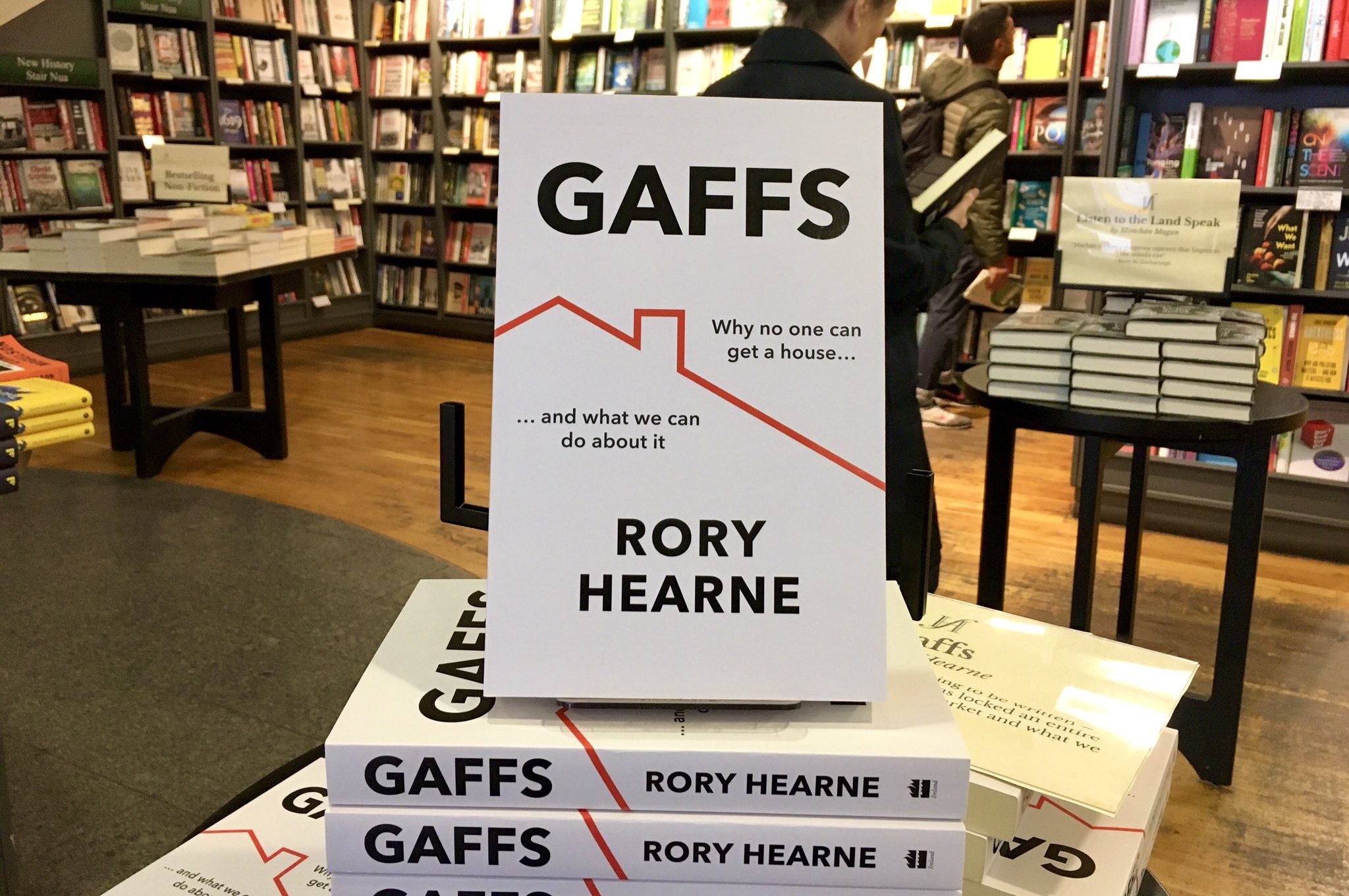 University of Limerick Postgraduate Student Union (ULPSU) hosted author and lecturer Dr Rory Hearne on Thursday night to discuss his book and the state of the Irish rental sector.

The event was aimed at the student population and was co-hosted by the Limerick branch of the Community Action Tenants Union (CATU) in the Kemmy Business School on Thursday November 24.

Dr Hearne is a lecturer in social policy in the department of Applied Social Studies in Maynooth University as well as an author, with his most recent book, Gaffs – Why No One Can Buy a House, And What We Can Do About It, having come out in September of this year.

Hearne took to the stage after opening remarks from ULPSU President Louis Pemble and CATU Limerick to breakdown the housing crisis and offer some solutions.

Hearne made his desire to see more social housing built in Ireland clear, he also outlined the stigma those in social housing face and how Governmental policy has moved away from this model of housing.

“Governmental policy gave up on social housing and I argue that this is at the core of the housing crisis we face today,” said Hearne.

Hearne continued on to say that housing policy for the past decade has focused on how to make housing viable for the private market rather than focusing on building social and affordable housing.

“It is illogical to build a system that is providing the most fundamental need that people have, which is housing, on the viability assessments of the private market, essentially is it profitable or not”, said Hearne.

In his talk Hearne called for more radical approach to the housing crisis saying: “Most tradesmen are now subcontracted by builders meaning they are essentially self-employed, and what job security do young people really have going into this kind of work? So, I think we need to give, just as we do in our public health and our public education system, permanent pensionable well-paid jobs to all aspects of what is required to build homes, and that is seen as quite a radical idea.”

This idea of a state-funded construction company is one that Hearne see as necessary to provide competition to the private housing sector to alleviate issues like unaffordable rents or sub-standard housing.

In his closing remarks, Hearne pointed to solutions he thinks could help solve the housing crisis.

These being an immediate freezing of all rents, removing no fault evictions and introducing other rent reduction measures.

Ending on a note of hope, Hearne encouraged those present to attend the Raise The Roof protest taking place on the 26th of November in Parnell Square, Dublin, as this could have a real impact on governmental policy.

In his opening remarks, ULPSU President Pemble said: “Housing is a huge concern for us this year. Many students still have nowhere safe, stable, and affordable to call home.”

CATU representative and UL student Tim Hannon also spoke at the event saying: “It’s a humanitarian crisis at this point.”

In his comments, Hannon referred to a declaration of a housing crisis that was put forward as a motion in the Dail on Wednesday November 23rd.

The motion was put forward by Sinn Féin TD Eoin Ó Broin in an effort to declare a housing emergency in the state.

Hannon went on to say that, “Students are particularly affected by the housing crisis. Many students in Limerick and across the country are now deferring places or dropping out altogether as a result of the crisis.”

“We as students need to get organised and make demands that this system needs to be changed, because so far, the Dail has not delivered. It will be a big ask and it will demand people working hard on the ground, but I think it can happen”, says Hannon.

Find out where to purchase Gaffs by Rory Hearne locally here.