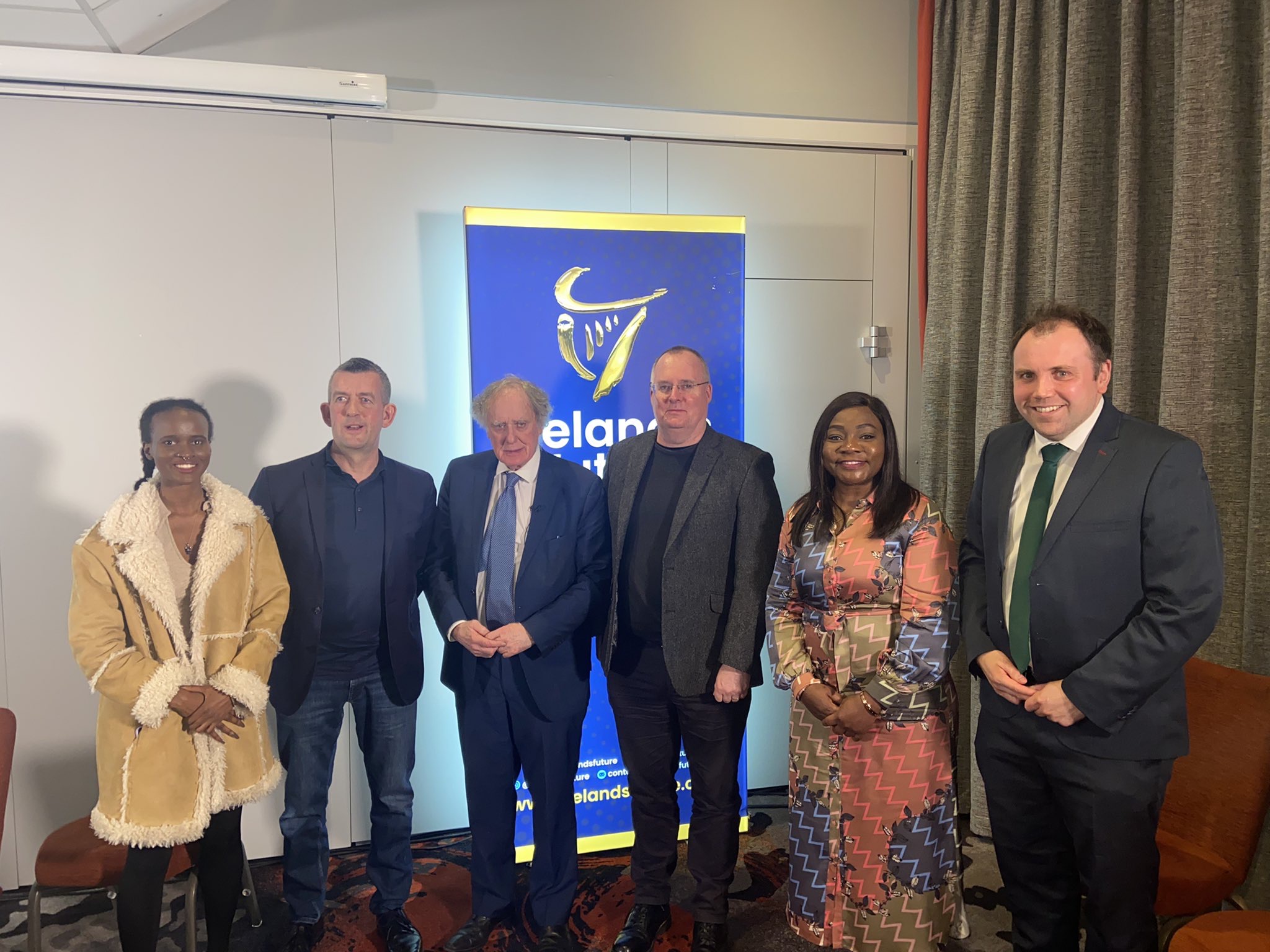 Last night marked the sixth public meeting of the ‘All Ireland Series’ conference, organised by limited company Ireland’s Future, a group who aim to promote the reunification of the Republic of Ireland (ROI) with Northern Ireland (NI).

The event took place yesterday evening in Limerick’s Clayton Hotel, and was hosted by journalist and TV personality Vincent Browne.

The conference kicked off with each speaker addressing the room with personal speeches, before Vincent challenged each of them with a series of thought provoking questions to ignite an informed debate.

Dr O’Donnell gave a strongly worded speech at the start, saying: “We [Ireland] were disunited by acts of a foreign government – nevertheless, the underlying forces of change are positive and are going in the right direction,”

“The numbers game is catastrophically against those who wish to see the British connection maintained.”

Each panellist seemed to be in favour of the reunification of Ireland, with TD Quinlivan saying: “This is a really exciting time for our nation that hasn’t been talked about in a really long time,”

“There is momentum for a referendum for unity to be called and I’m disappointed with the current Government – I would urge them to take a lead with the British Government and set a date for such a referendum.”

In order to expel the partition between ROI and NI, both Ireland’s Future and those in favour of  it suggest that the way forward is through a series of border polls, citizen assemblies and educational seminars – as well as liaising with the British Government in London.

A member of the audience who spoke up asked: “How can you engage with Unionism that doesn’t want to be part of this conversation? I know that is not all of them – but there are things in the Good Friday Agreement that are beyond our control.”

This year marks the 24th year since the Good Friday Agreement was implemented, which strives for peace in NI after the Troubles period.

A: TD Cathal Crowe: “It will probably need to be a federal State, something like they have in Germany,”

“You would need to carve up the country a little bit, where there would be new political entities needed going forward, so that the Unionist community can rightly feel that they do not have a diluted voice in Dublin.”

“We need to sell the benefits of what a United Ireland could be.” (To the trepidatious general public.)

A: Cllr Uruemu Adejinmi: “I think the fact that this conversation is being had shows that there is a will, there is an interest in both North and South uniting,”

“There is every reason to have this conversation, there are economic benefits, we can share best practices between the North and ROI and find a happy medium to coexist.”

A: Dr O’Donnell: “We tend to forget that just because it’s okay now that the North is far from normal and the border counties are far from satisfied with being in the interface of two different zones, it may not always be like that,”

A: Sandrine Ndahiro: “Once the Irish identity was constructed, whiteness was there, which makes it harder for people like myself who have a dual identity to identify as Irish,”

“The same with Northern Ireland – there is that sense of identity and belonging in this hybrid community – I’m optimistic about it if we approach this new future of an united Ireland and the fluidity of Irishness and Britshness as not a fixed thing.”

Ireland’s future is not a political party, but instead operates on a professional membership basis.

Other objectives, besides the prime one being the reunification of ROI and NI, include promoting alternative strategies to the current Government constitutions and highlighting what might be lacking within the current system.

It does not affiliate itself with any party – hence the wide ranging panel of academics, politicans and further associates at events held.

Discussions and debates are at the heart of the group’s dynamics and the public are encouraged to think critically on how integration of the two States might be beneficial going forward.

They have a wide variety of publications, including detailed reports on Brexit and the economic framework currently in position.