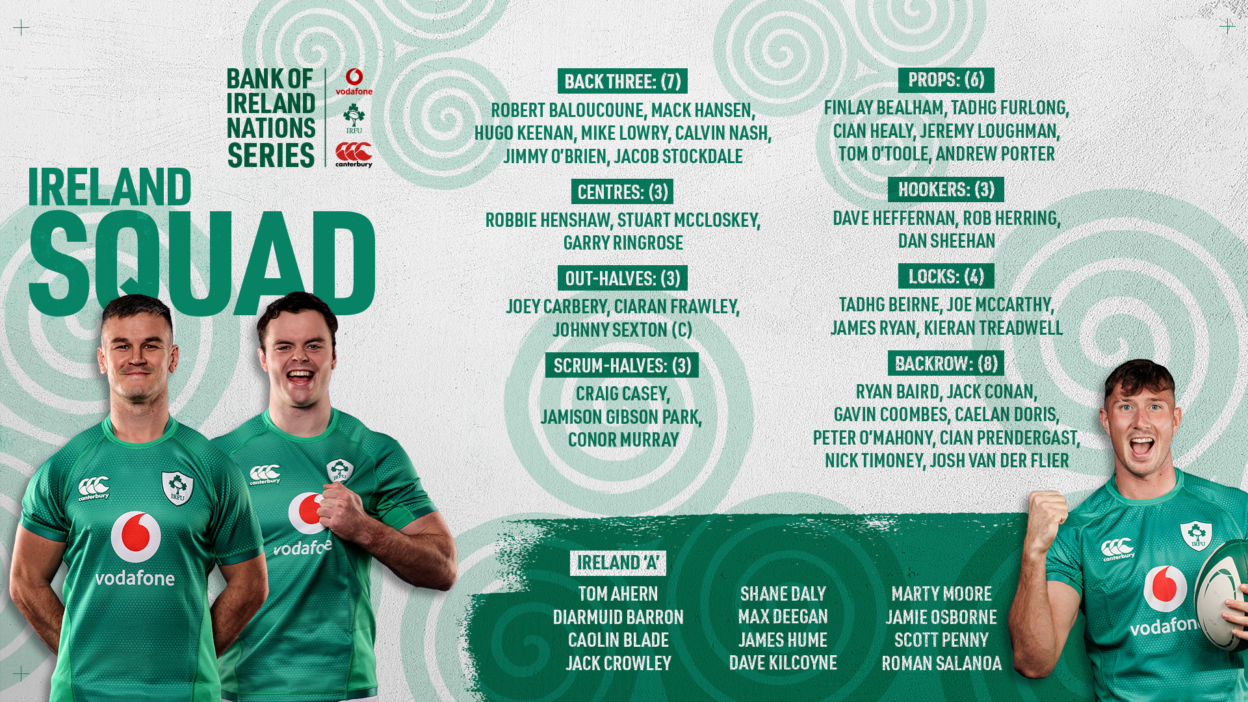 A strong Munster contingent has been chosen to represent Ireland in the Bank of Ireland Nations Series 2022 in their fixtures against world champions South Africa, Fiji and Australia at Aviva Stadium in November.

Conor Murray leads the way for the province as he is set to earn his 100th cap in this upcoming window, becoming only the eighth men’s player to do so.

Joey Carbery, Craig Casey and the uncapped Calvin Nash complete the quartet of backs expected to be part of the full window.

Peter O’Mahony, Tadhg Beirne and Gavin Coombes return to the setup alongside prop Jeremy Loughman who has yet to play for the national side.

Loughman’s fellow prop and 48-cap Irish international Dave Kilcoyne headlines the Ireland ‘A’ panel who will play an All Blacks XV at the RDS on Friday, November 4th.

Utility back three player Shane Daly is the only other capped Munster player on the panel and he is joined by Thomas Ahern, Diarmuid Barron, Jack Crowley and Roman Salanoa.