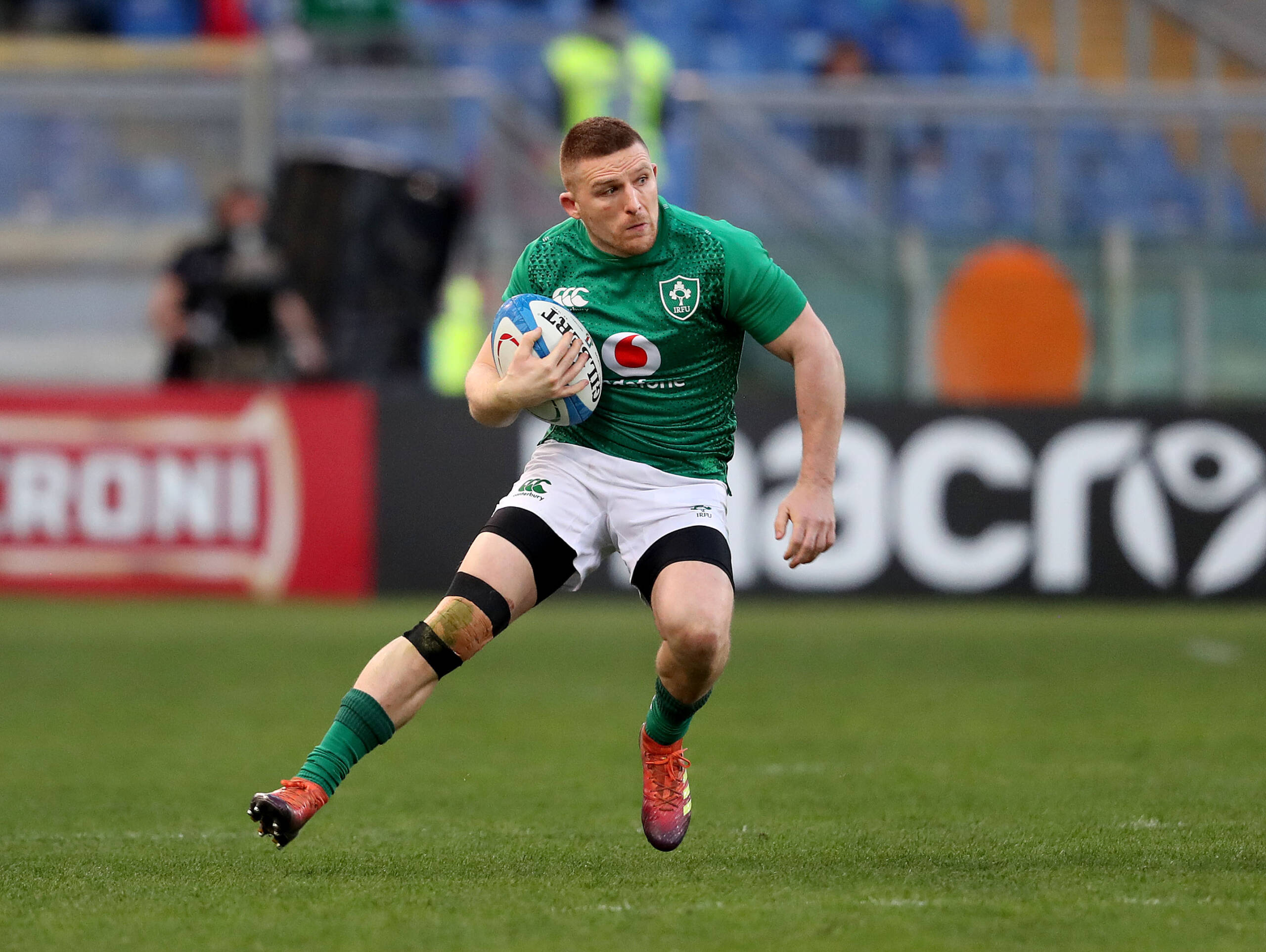 Ireland opened up their Six Nations campaign with a victory against Wales in a full Aviva Stadium with a stunning second half performance.

After a poor first half, Ireland moved through the gears in the second half showing their class. Their clinical edge was the difference as they dominated throughout with Andrew Conway going over twice and Gary Ringrose sealing the bonus point win in the second half.

Unfortunately, for the expectant crowd the game didn’t live up to the pre match hype with the game being scrappy for long periods of the first half but Ireland treated them to a brilliant second half.

Ireland got off to a dream start with Bundee Aki going over the try line in the second minute with a great pass from debutant Mack Hansen with Johnny Sexton scoring the conversion.

Six minutes later, great work from Andrew Porter won a penalty but Sexton let the away side off the hook pulling his penalty wide.

The penalty count start to mount for the Welsh side, but yet again Sexton pulled another penalty wide with the score remaining 7-0.

Wales were now in yellow card territory after conceding yet another penalty, but this time Sexton brought away the three points to open up a ten point gap after a dominant 20 minutes.

Wales began to grow in the game with having some possession but the Irish defense stood firm to repel the Welsh attack.

As half time approached, Ireland looked threatening but yet again their attack broke down with the referee ending proceedings to a forgettable first half of rugby.

Ireland started the second half like the first with an explosive start to half after patient buildup from a lineout ending in Andrew Conway going over for the second try of the day. Sexton nailed his conversion and now there was daylight between the teams.

After a collision with John Adams and Johnny Sexton saw Adams shown a yellow card with the away side down to 14 players for the next ten minutes, which proved significant as Ireland got their third try soon after, with Andrew Conway going over for his second try of the game.

Ireland now had a handsome lead of 24-0 with half an hour to go and went in search of a fourth try to seal the bonus point and they duly obliged with a terrific team move ending in a Gary Ringrose try.

Ireland were now on top in all sectors of the pitch with 15 minutes to go with Wales struggling to keep the Irish attack at bay.

Ireland got scrappy after their fourth try and a mistake by the Tadgh Beirne gifted Taine Basham with a try, with Wales finally registering on the scoreboard with five minutes left.

Ireland saw out the final minutes emptying the bench with Joey Carbery getting crucial minutes with a deserved win for the home side.