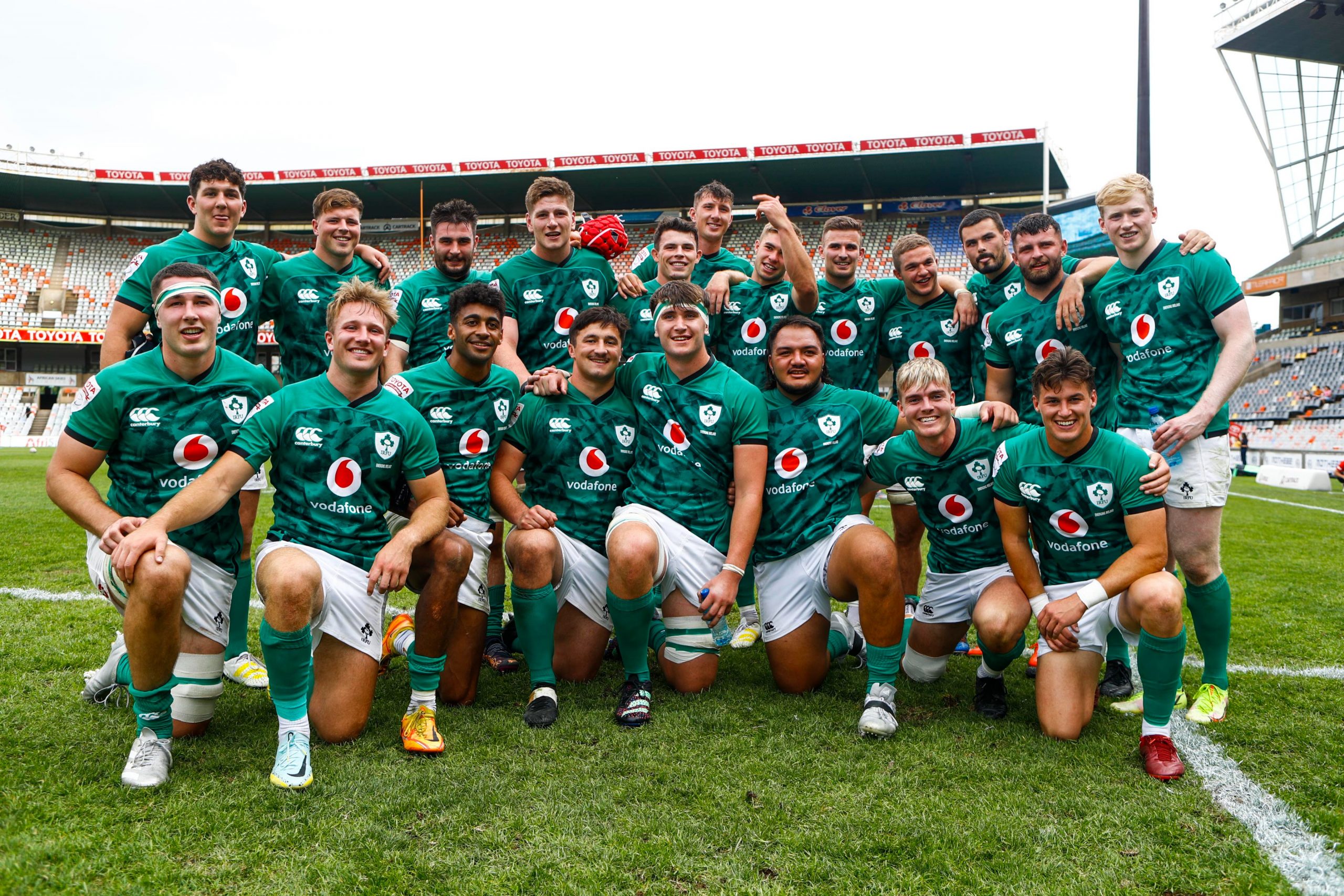 Munster fly-half Jack Crowley starred as the Emerging Ireland squad dominated the Griquas 54-7 in the first game of their South African tour on Friday afternoon.

Crowley kicked six of seven conversion attempts between the posts for Simon Easterby’s side in what was an extremely one-sided game.

Ireland scored four tries each half while dominant kicking and defence ensured that they had the upper hand despite not having the majority of possession.

The first sign that this was going to be an exhibition for the touring squad was when Crowley made an exceptional 50/22 kick from deep inside his own half.

The kick ended a cycle of Griquas pressure and kickstarted the on-form attack of the away side, who opened the scoring moments later when Leinster’s Scott Penny touched down.

Crowley was the star in a backline that also saw Ulster number nine Nathan Doak and Leinster centre Jamie Osborne stand out.

The Munster out-half and Osborne linked up well courtesy of a fine pass from the former before the Leinster man teed up Ulster winger Robert Baloucoune in the corner for the second try of the game.

Griquas pulled one back while Irish flanker David McCann was binned but Easterby’s men responded with three more before the half ended.

Munster prop Josh Wycherley rounded out the half’s scores following another try from Penny while Crowley converted his fourth attempt out of four in forty minutes.

Inside centre Stewart Moore got number five while Munster full-back Shane Daly got on the end of Crowley’s grubber to put their score above the 40-point mark.

Crowley converted both but missed his final attempt at goal after McCann righted his wrong and crashed over for number seven.

The 22-year-old made way for his ex-provincial teammate and UL alumni Jake Flannery while Griquas endured an extended period in the Irish half for the first time since the beginning of the match.

Ireland’s defence smothered their attempts and retained the ball, scoring the side’s eighth try of the game within a minute of this.

Munster winger Calvin Nash got the last five-pointer while Flannery made no mistake at his only time of asking to give the side a 47-point victory.

The Emerging Ireland squad will face the Pumas in midweek in their second match of three on the tour – the game is slated for Wednesday evening at 4pm.

The match will be streamed live on the SuperSport Schools YouTube channel.