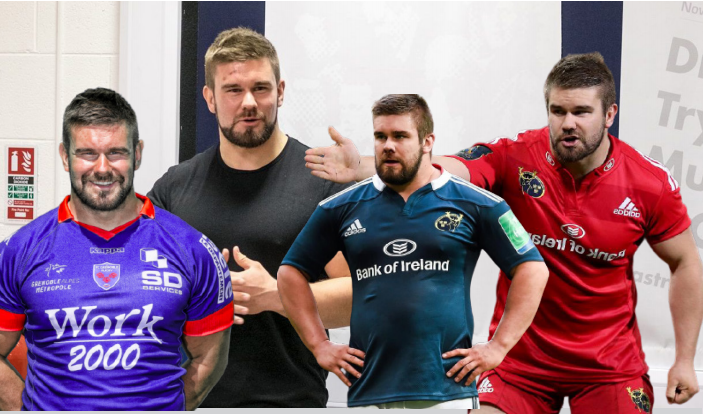 Speaking to Limerick Voice reporter Ronan Coughlan, former Munster and Grenoble
player, Duncan Casey, reflects on life after rugby as he adapts to his new home in Brussels.

RC: How does life in Brussels compare to Ireland?

DC: Belgium is a very different country to Ireland. Brussels is cosmopolitan because you have people from all over the world, but in particular, people from all the European countries who come to work here. I like the fact that it has a great mix of people; things like rent is very affordable compared to back home. The public services are great. It’s not terribly expensive at all. Certainly, a lot cheaper than Dublin would be or London or Paris.

RC: From the outside looking in, you struck me as a player who had a plan for life after rugby, would that be correct?

DC: I think the fact that I had to deal with a number of bad injuries back[1]to-back made me wake up a lot in a way that I wouldn’t have done in the earlier part of my career when it came to life after rugby. Towards the end of the fourth semester of my law undergrad, I started playing a lot because Mike Sherry ended up being ruled out for the season when he did his ACL. I took a leave of absence for three years, which was an awful call in hindsight. I ruptured my pectoral muscle on my 25th birthday, and even after that, I still didn’t go back and finish things off. I talked about it, but I never actually committed to it. Less than a year later, I ruptured my medial ligament in what ended up being my last game for Munster, and it was at that point, I thought, this isn’t going to last a whole lot longer. So, you better make sure that whenever it does finish, you’ve got something behind you.

RC: What are the moments in a Munster jersey that stand out for you?

DC: I mean, my first cap was brilliant. To be honest, it was more of a relief than anything else that I came on for the eight minutes and didn’t make any mistakes! Also, my first European start at Thomond Park was against Saracens. I think it was a Friday night game, a full house. I just remember before we kicked off when the ref was asking if everyone was ready, just this indescribable roar really emanating from every part of the stadium. That was special. The final highlight was the game against Glasgow after Axel’s funeral. I don’t think I’ve ever experienced as much of a roller coaster of emotions as I did that day.

RC: Was the Glasgow game following Axel’s funeral ever in doubt?

DC: I remember not being sure about it initially and going, is this the right call? It was a very strange week, in the fact that we were building up to the funeral on Friday. I mean, there is an element whereby, you know, when you get onto the pitch, you just put these things out of your head, despite the fact that everyone’s going crazy, like internally, outside of those periods when you cross the threshold, then it’s time to work.

RC: Talk to me about the period which followed between that and the Grenoble move?

DC: It was a very difficult time for me. For the first time in years, we ended up having every hooker in the [Munster] squad fit, and I was essentially the fifth choice. I found myself in a position that I hadn’t been in since I was 19. It’s hard to articulate, but when you have been at the centre of what the team is doing every week, and then you’re no longer part of that kind of collective effort. It’s a very tough thing to deal with. It’s almost like getting a demotion. Munster had offered me another contract extension, but there was no way I was going to stick around and do that again. I was getting no enjoyment out of it at all. You’re very rarely going to find someone who doesn’t benefit from someone else’s misfortune, that’s just the way contact sport is. I suppose you could call it the circle of life.

RC: How did the move to France come about?

DC: Before the move came about, I decided to go to a hypnotist [Enda O’Shea] in Limerick because I had always been interested in hypnosis as a tool for sport and performance. It was something I kind of threatened to do for years. I remember going out to train later in that week and just feeling really good. I was doing stuff again that I hadn’t done in a while. In terms of the move, I just sent Bernard Jackman a message, who I’d never met before, only in passing rather, I’d no relationship with him, and I’m eternally grateful to him because I was just chancing my arm. He got back to me and said, Grenoble, are actually looking for a hooker now until the end of the season. I went from being on the wind-down from rugby to being parachuted into a French club chasing promotion from Pro D2.

RC: You got a great run of games under your belt in Grenoble?

DC: I hadn’t played a full professional game of rugby, going on a year and a half, so it really was a baptism of fire. But it was terrific, and an away win as well, that doesn’t happen terribly often in France. RC: Did injury lead to your retirement at 28? DC: Ultimately, yeah. I ended up dislocating my hip in my last game for Grenoble, which meant another surgery. In the last few games of the year, things had been going really well for me as well. But just because the scale of the damage in the hip was so significant, it was just kind of an inevitability really at that point, and the decision was final.

RC: Do you miss playing?

DC: I definitely miss the highs you know, if you’re watching a game at the weekend, and you know Munster have a really good win or something like that, or they’re playing a big game, it’s very easy to wonder wouldn’t it be great to be doing that again? But then you have to remember the fact that your body had been put through the mill and psychologically, it probably wasn’t the best thing for you to be doing any longer. It was probably the right time to call it when I did.

DC: [laughs] Probably not anything like that. But I mean, the great thing about Brussels, there are 1001 different types of political jobs you can do here. So, I’m not really sure. I’m perfectly happy to see how things unfold over the next while, and that’s a nice position to be in.