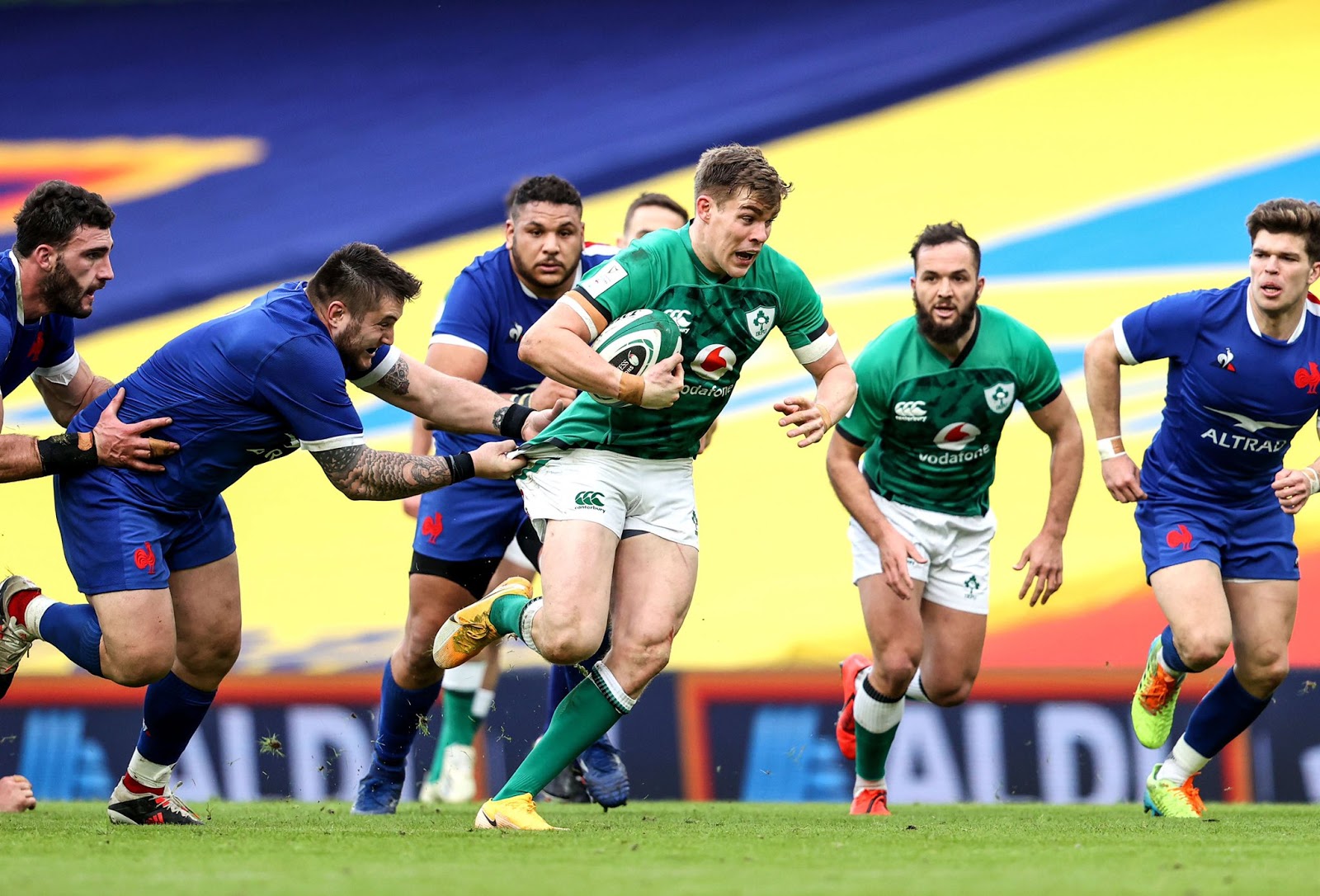 Ireland have come up short for the second week in a row after a 15-13 defeat to France in their Six Nations encounter at Aviva Stadium.

Both sides put up strong defensive efforts in the opening exchanges, which also included plenty of kicking and aerial contests.

Both out-halves missed their first penalty opportunities of the afternoon, Matthieu Jalibert on 10’ and Billy Burns on 17 minutes respectively.

Burns soon made up for that miss when Ireland were awarded an second penalty which he converted to give Ireland a 3-0 lead.

Ireland’s momentum continued when James Lowe found the whitewash. The Try was disallowed after a TMO review which could see the wingers foot in touch prior to grounding the ball, denying Lowe his first Six Nations try.

France took the lead just short of the hour mark when Flanker Charles Ollivon ran in a try from the wing after some decent French play. Jalibert added the extras to go 7-3 ahead to get his side up and running in this game.

The Visitors stretched their lead to 10-3 thanks to the boot of Jailbert just short of halftime.

Andy Farrell’s men played a lot of Rugby in the opening half but had little to show for it, while glimpses of French class converted to points on the scoreboard.

Ireland out-half Billy Burns required a Head Injury Assessment during the break and was replaced by Ross Byrne who started the second half.

France pulled clear on 54 minutes thanks to Damien Penaud who broke the Irish defense with relative ease to go 15-3 ahead. Ireland’s reply was quick however, when Ronan Kelleher earned his first try for Ireland thanks to a break off his own lineout.

Ross Byrne added the conversion to get Ireland back in the game on the hour mark, trailing just five points behind the visitors. The return of Henderson and Healy to the field and the introduction of Tadgh Furlong gave Ireland a much needed boost for the last 20 minutes of the game, a Ross Byrne penalty in the 64th minute put Ireland within just two points of their rivals (13-15).

As the game hung in the balance, both sides rang in the changes towards the closing stages of the game.

Cian Healy and Iain Henderson left the field for the second time of the afternoon leading to the reintroduction of Ed Byrne and Ultan Dillane.

The French had a chance to nudge themselves on 72’ with a Jailbert penalty which hit the post, keeping their lead to just two. Just short of 79 minutes Ireland earned themselves a penalty which Byrne kicked to touch, giving Ireland a lineout opportunity.

Ireland built the phases in the face of a strong French defense to give themselves a potential drop goal opportunity. But it wasn’t enough and France turned over the ball on the halfway line and the was time up, as Man of the Match Brice Dulin kicked the ball into touch.