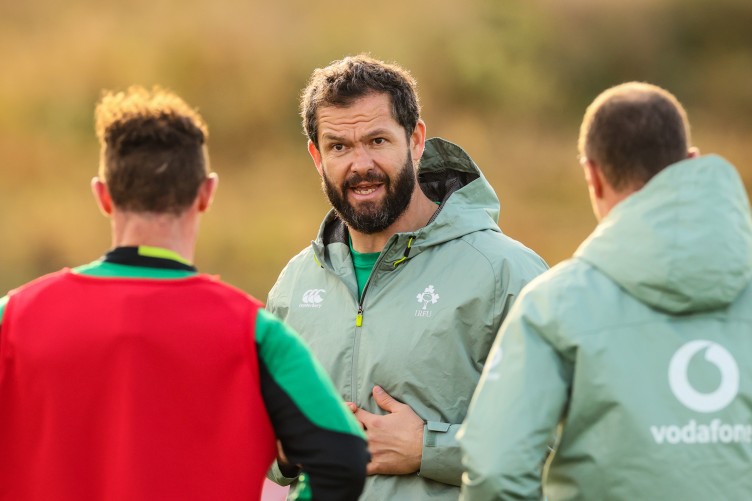 Ireland will be looking to return to winning ways as they resume their Autumn Nations Cup campaign against Georgia at the Aviva Stadium this Sunday (kick-off 2pm).

Last weekend’s defeat to England at Twickenham will have dented the confidence of the Irish squad, and head coach Andy Farrell will be expecting a major improvement in performance levels, albeit against a much weaker side.

Conor Murray is back in the team at scrum-half in place of Jamison Gibson-Park, while Tadhg Beirne starts at blindside flanker in the Irish jersey for the first time since the World Cup last year.

Peter O’Mahony and John Ryan are in reserve, as is Shane Daly who is set to make his international debut off the Irish bench, having been in brilliant form for his province in the past few months.

Jacob Stockdale comes back into the side at full-back, pushing Hugo Keenan onto the wing in the process. Billy Burns will get his chance from the off on Sunday and his club-mate Stuart McCloskey gets a rare start at 12.

The centre partnership of McCloskey and Farrell should give Ireland enough go-forward ball to really hurt the Georgians and lay the platform for this Irish back line to attack their opponents.

The addition of Stockdale adds a huge attacking threat in open play which will be key to opening the Georgian defence.

Georgia come into the fixture off the back of two heavy losses to England and Wales where they failed to score in either fixture, but they boast a forward pack that have the power to trouble Ireland, most of which ply their trades with French Top 14 sides.

James Ryan resumes the captaincy in the continued absence of Johnny Sexton, and he will be hoping to secure his first win as Ireland skipper.

A second-place finish would likely see them paired with Scotland, who lie second in the other group on finals weekend as Ireland seek to round out the year on a high.