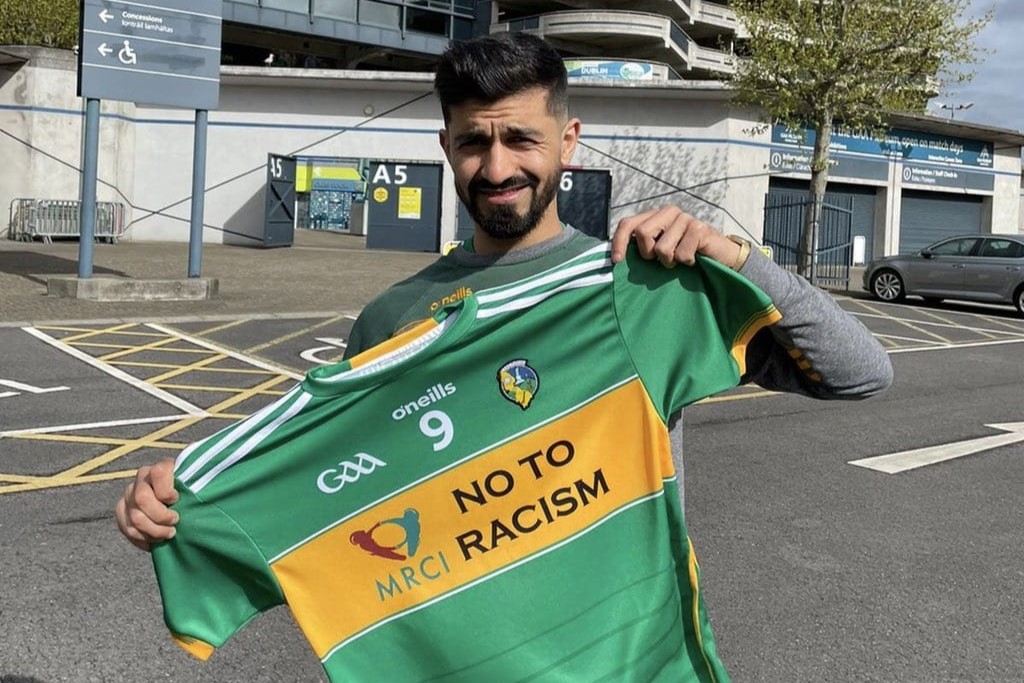 Zak Moradi, a Kurdish native now living in Leitrim, has made his mark on Irish sport by swapping the horrors of war for the joy of hurling

Zak Moradi (31) was born in an Iraqi refugee camp and grew up in a period filled with uncertainty in the region, as the aftermath of the Iraq-Iran war continued to be felt.

After spending seven or eight years living in Al Tash, a refugee camp located outside the Iraqi city of Ramadi, Zak and his family decided to make Ireland home in the summer of 2002. A journey he and his family needed to take, with life for the Moradi family up to that point lived as ‘’prisoners of war’’.

As Zak stepped off the plane and headed for the little known county of Leitrim, he and his family were in unknown territories. However, he soon felt part of the Irish tribe, with the GAA, a form of sport alien to him in his early years, becoming the core of his life here.

“Within two months the GAA kicked in. We all played hurling and gaelic football and it kicked off from there. It all started really in 6th Class of primary school.”

Zak’s true calling became clear not long after he arrival to the Emerald Isle.

‘’I always got the most enjoyment from hurling. You can bang a ball against the wall and it’ll come back to you, the sliotar is almost your friend,” says Zak.

‘’I didn’t know what the hell it was (hurling), I used to be so used to playing soccer in Iraq, but it was a different sport. It was a big challenge at first, especially when you didn’t speak the language at all.

‘’I picked up gaelic football quickly, but hurling did take a couple of years to get used to – there’s a lot of skill involved. I put in a lot of work myself, but I always enjoyed the game and just making friends. You see coaches losing the heads but when I’m coaching now it’s all about getting players playing’’.

And while Zak loves the game of hurling, meeting new people made this country his home and the welcoming atmosphere he received was immediate.

’’I fitted right in, to be honest I don’t look at myself as an outsider. I’m a Kurd; because we don’t have a country, anywhere we land feels like our country.’’

As Zak reached adulthood, his hurling abilities improved, and in 2010 he began an inter-county hurling spell with Leitrim. The highlight of which was the county’s 2017 Lory Meaghar Final over Warwickshire.

Zak hung up his inter-county boots in 2020, and now recides in Dublin. But can his story be replicated by other incoming refugees?

Following the Russian invasion of Ukraine, almost 1,500 refugees have taken up residence in Limerick City and County. Many of these refugees, along with many more from around the globe, have integrated into Limerick society through an array of activities. In terms of sporting offerings, the Treaty County has not been left wanting. Earlier this year, Ballinacurra Gaels GAA Club hosted a number of ‘Have a Go Days’, which aimed to increase participation among refugee and asylum seekers.

If you want to read more about Zak Moradi’s story, his book ‘Life Begins in Leitrim’ is available in all good bookshops or online here. Stories of language barriers, moving country and picking up a new talent are told in detail from Zak’s perspective.